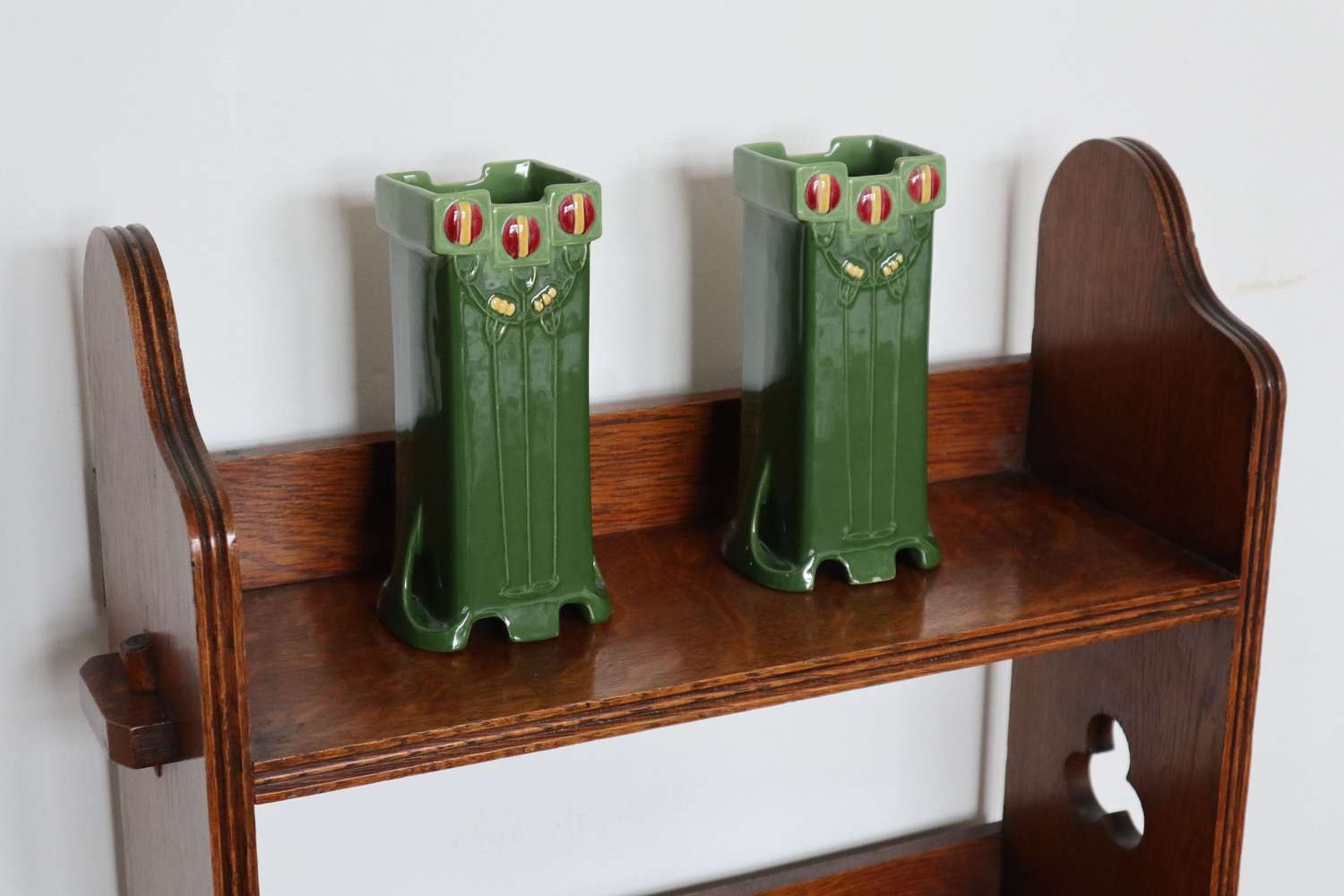 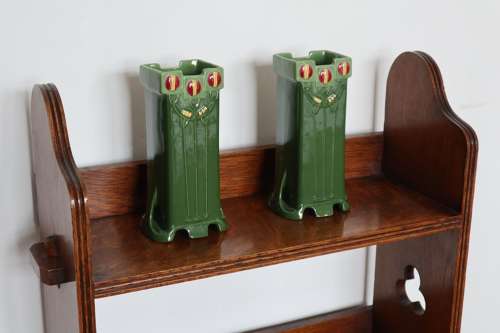 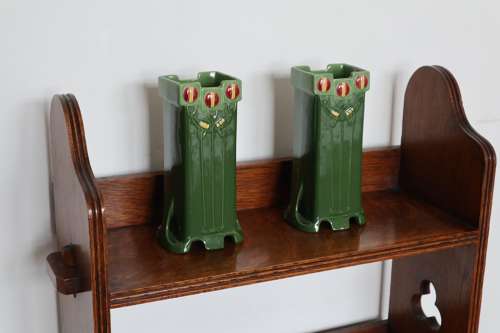 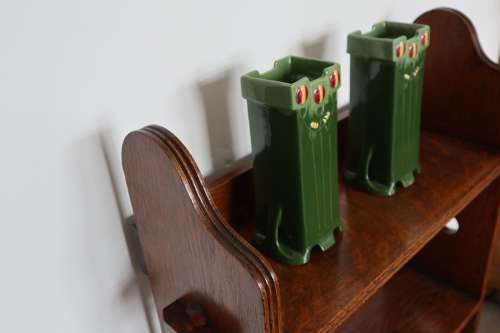 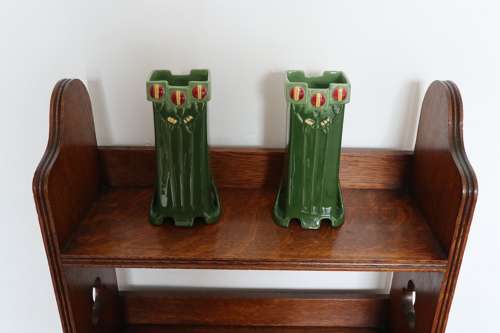 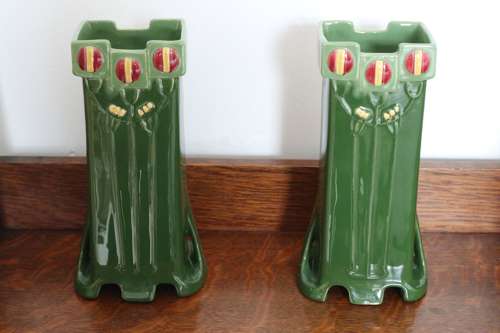 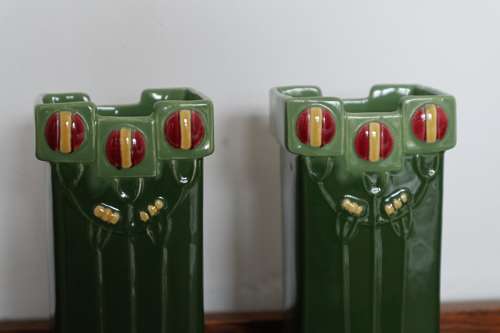 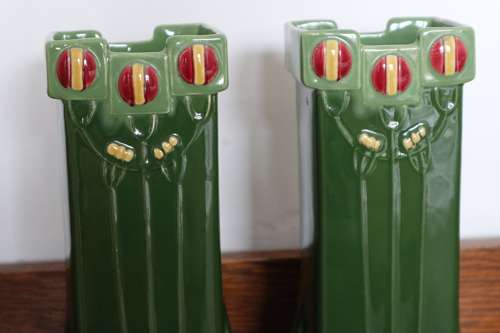 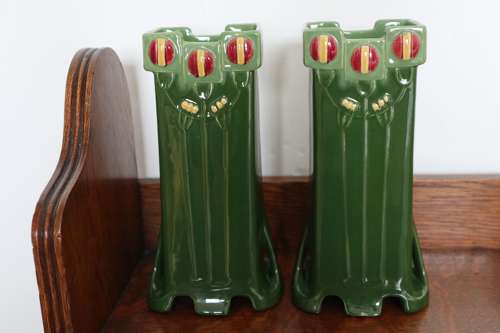 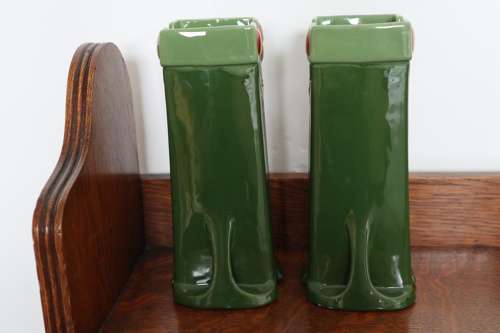 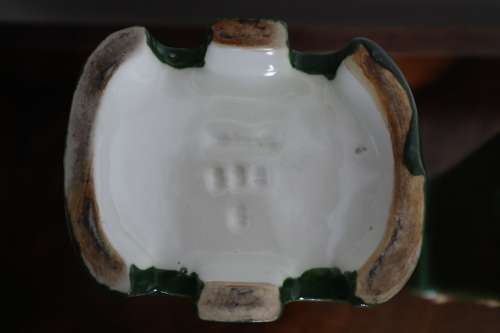 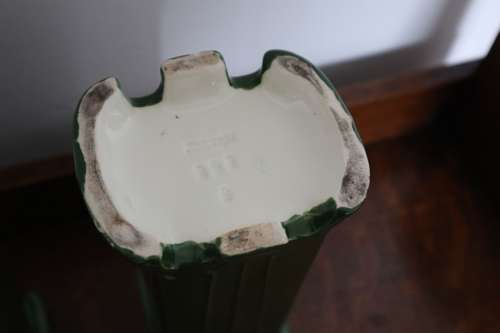 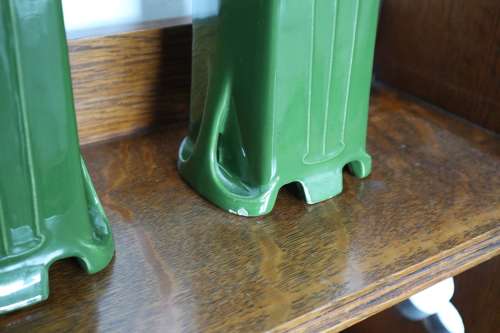 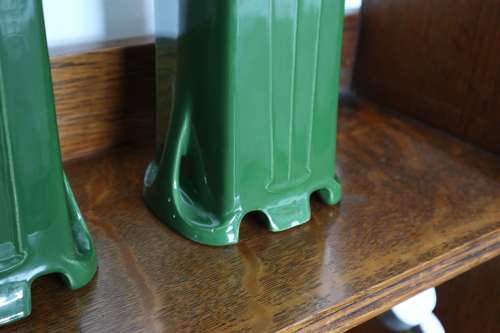 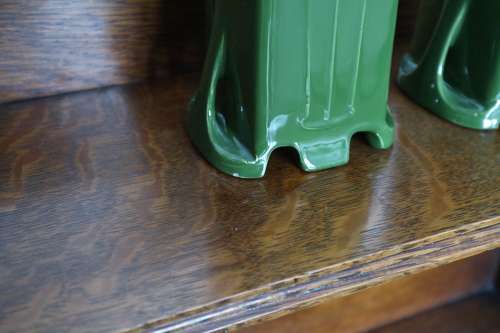 - Beautiful antique Art Nouveau design vases from Bohemia (now part of the Czech Republic).
- Majolica earthenware, beautiful glossy green glaze of square section, each with swept art nouveau basal handles, with stepped rims, moulded in stylised naturalistic relief with plant forms in the Art Nouveau aesthetic.
- Makers stamp/mark: Eichwald
- Shape No. 836 (small number 8 shown additionally).
- "Secession/Secessionist" means to represent the spirit of the various modern and reactionary movements from Europe in particular from c1896/87 in Vienna.
- Bernard Bloch was a pre-eminent entrepreneur in the field of ceramics in the late 19th early 20th century in Bohemia. The company was one of the few that continued to produce majolica after World War I. Under the Treaty of Versailles, Czechoslovakia was created from territories of both Germany and the Austro-Hungarian Empire. B. Bloch & Company was renamed Eichwald Porcelain and Stove Factory in 1920. The factory was confiscated by the Nazis during the Second World War. The town of Eichwald is now named Dubi.

Free delivery in the UK as priced. International buyers are welcome, but please contact us prior to payment to confirm the additional packaging, insurance and shipping costs by way of acceptance to your country.