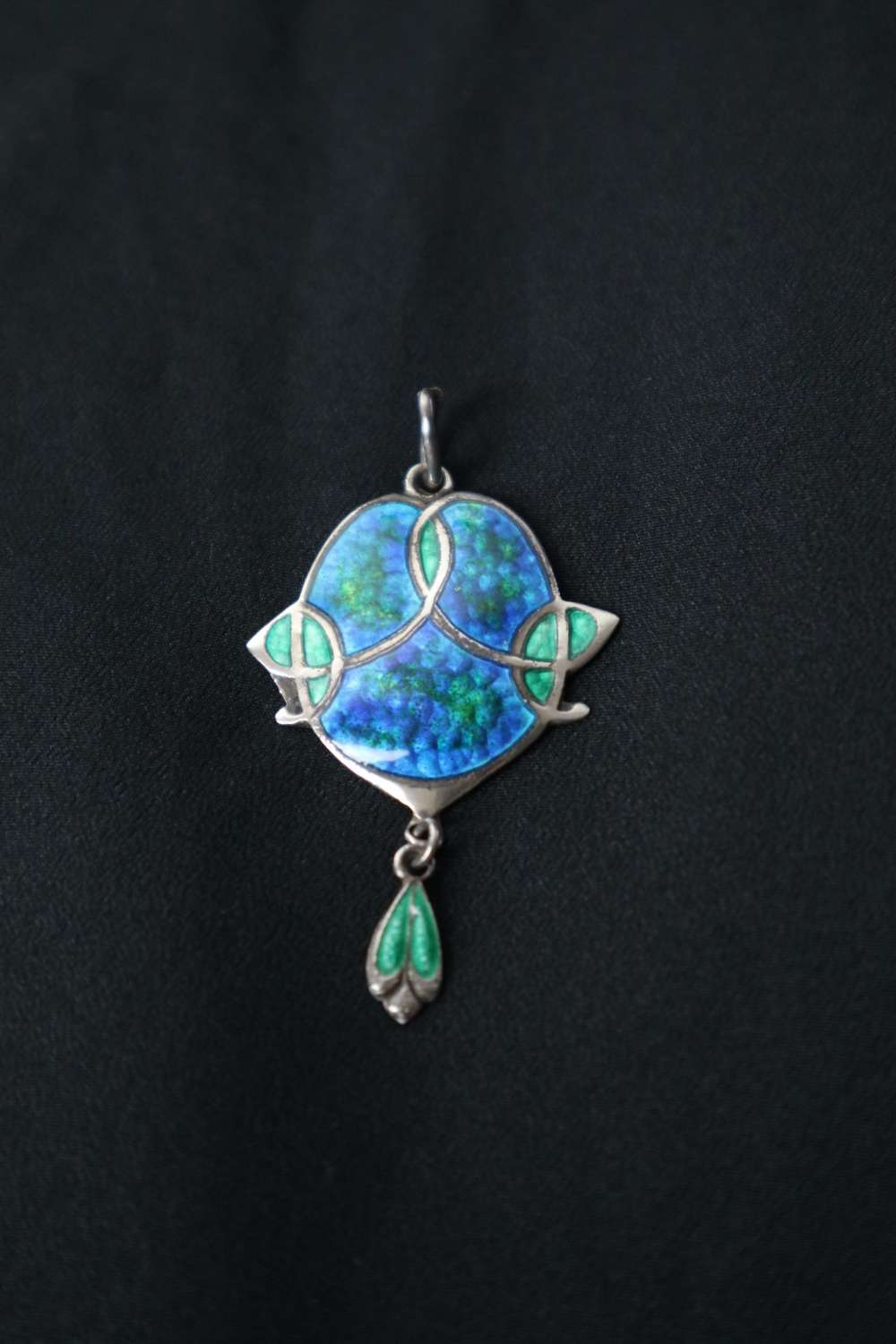 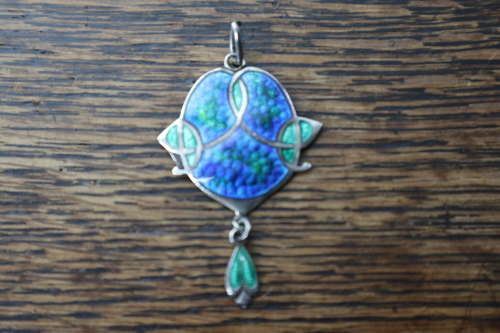 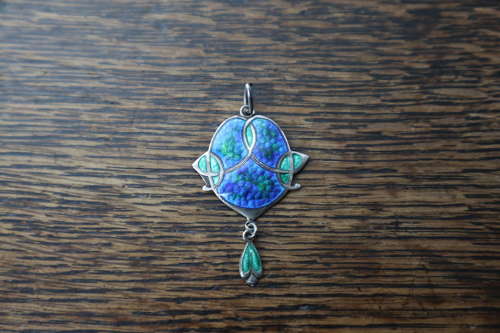 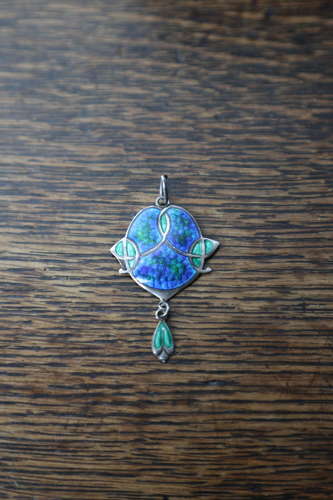 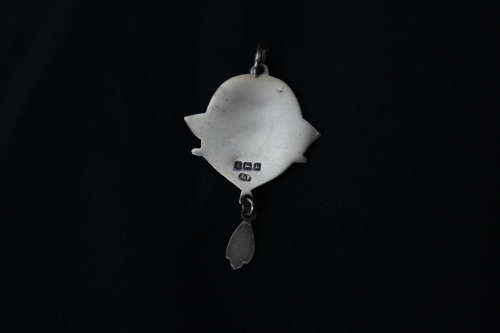 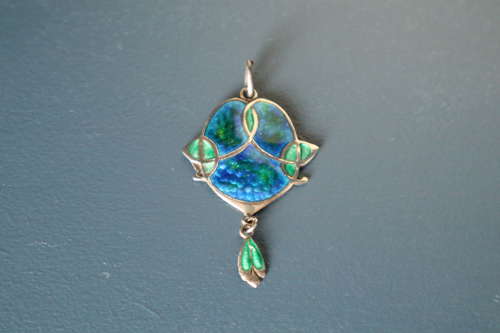 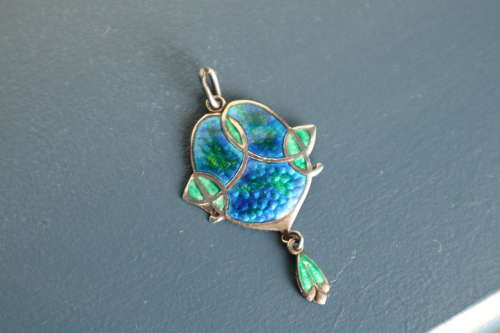 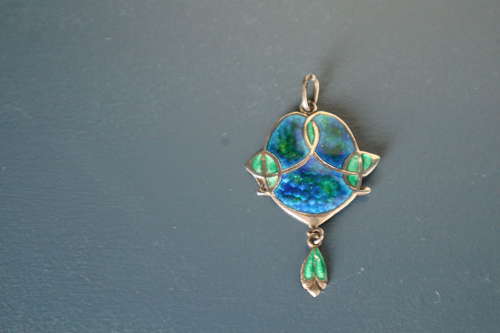 British Jewellery really excelled in the Arts & Crafts period for exploring themes such as the simple use of naturalistic foliate, floral and figural patterns for decoration along with motifs designed by celtic art. This pendant by the British Craftsman James Fenton is:

- Hallmarked, with the Anchor for Birmingham Assay Office, Lion pasant, Makers initials J.F. and K date stamp for 1909/1910.
- The pendant has clear art nouveau silverwork in a stylised, naturalistic or foliate form, suspended from a single loop and interspersed with decorative enameling.
- James Fenton's, signature was a shaped drop in enamel which hangs from a loop to the base of the pendant.
- This delicate and beautiful Art Nouveau Enamel & Silver jewellery by James Fenton,  (Referenced within, The Collectors Guide to Arts & Crafts by Judith Miller, 2005, page 144/145, showing this series of jewelry items created in the early 20th century).