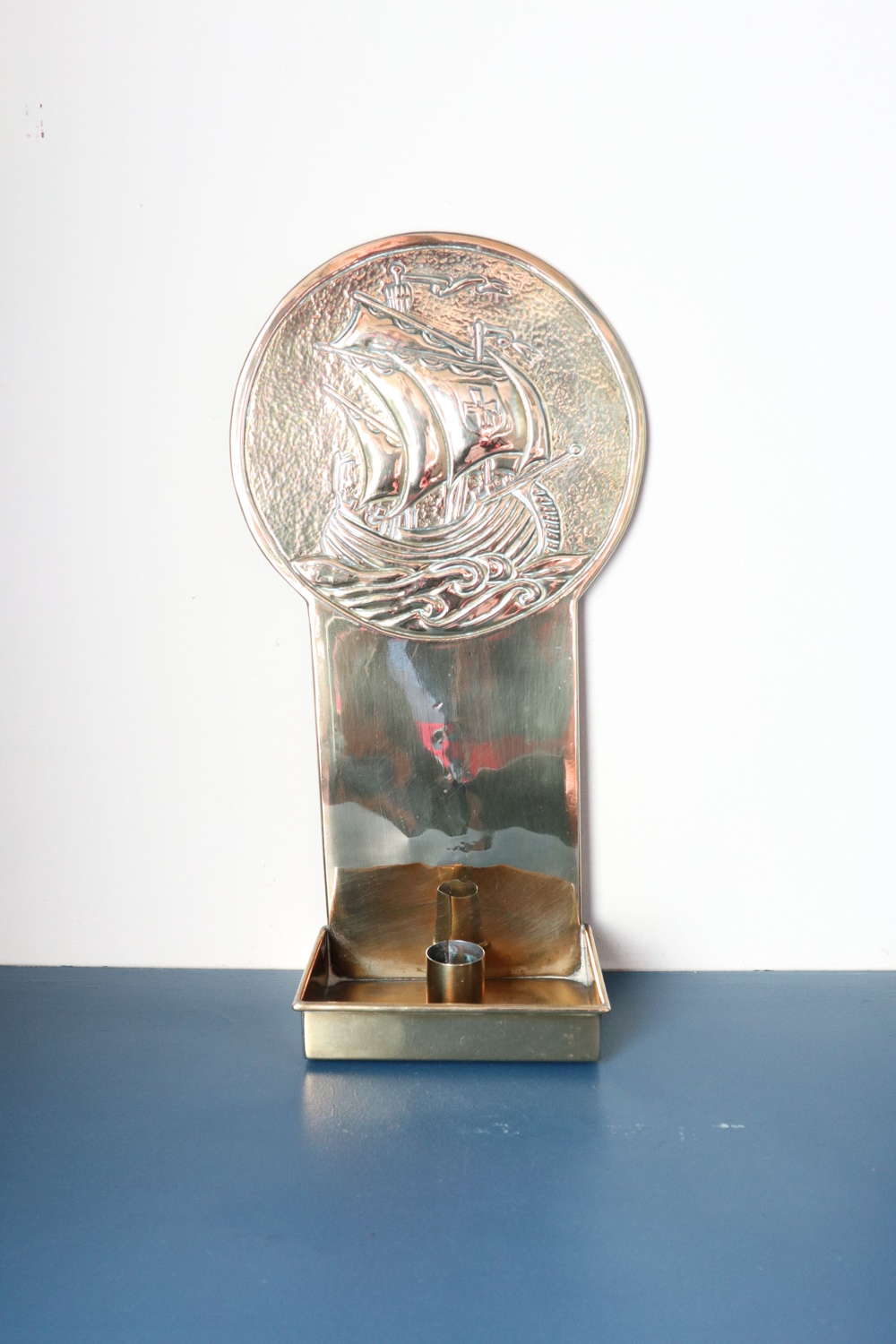 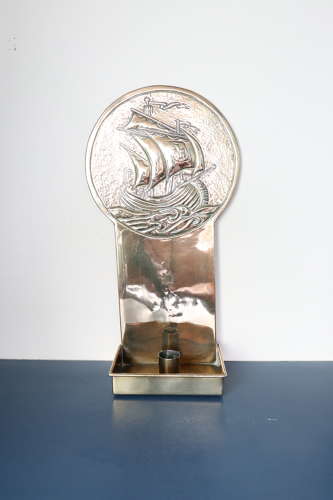 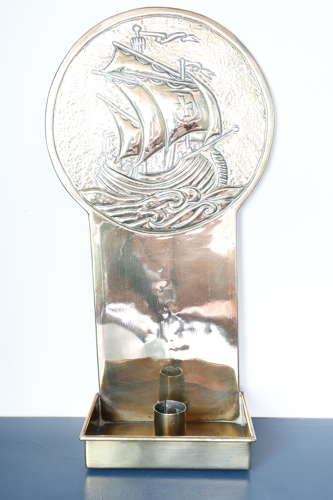 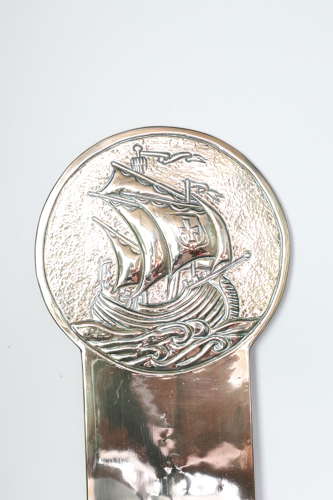 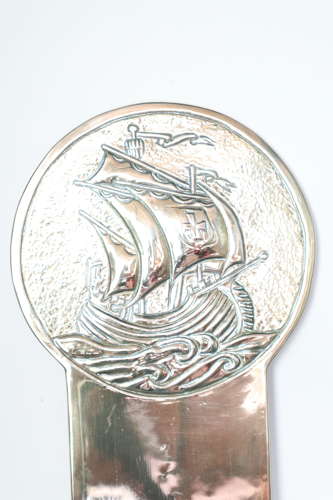 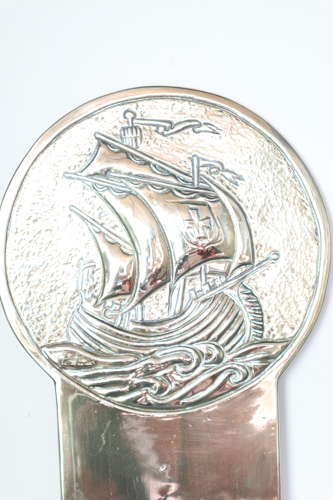 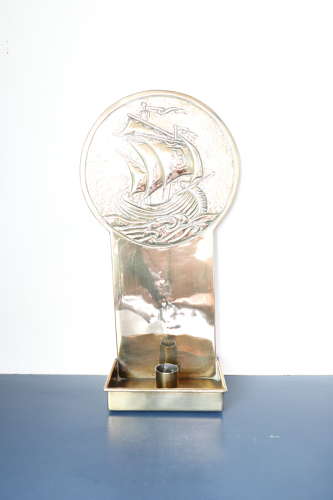 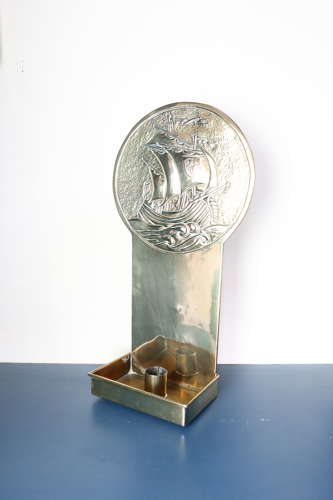 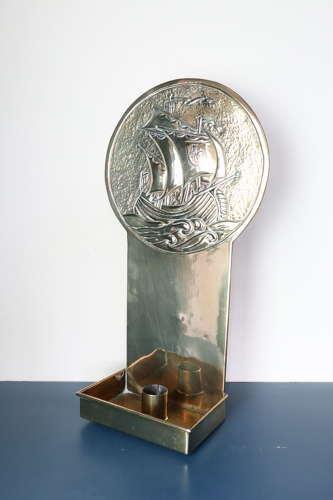 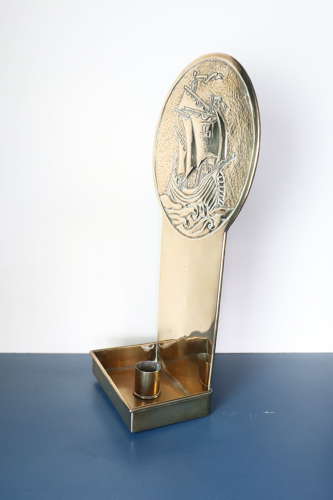 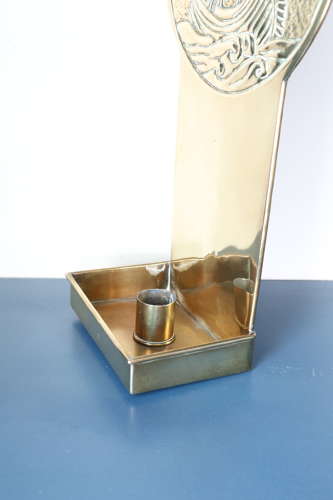 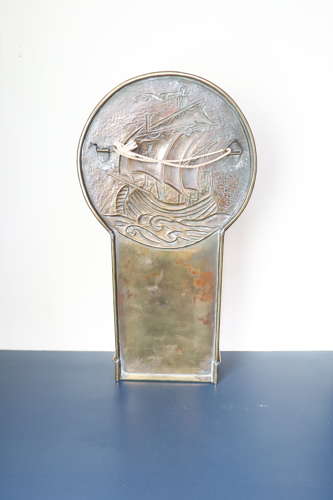 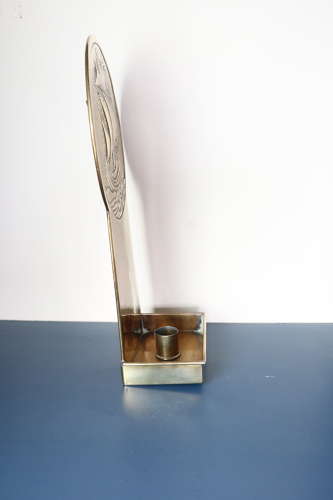 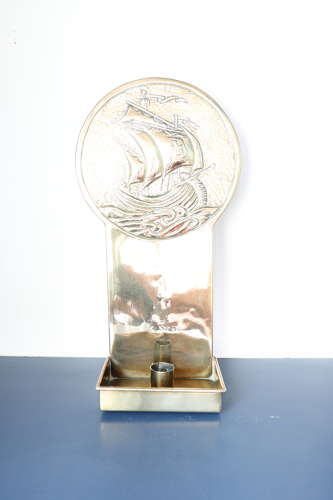 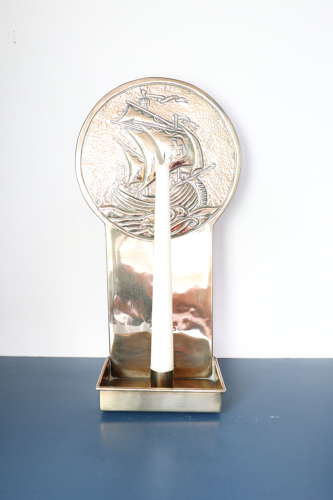 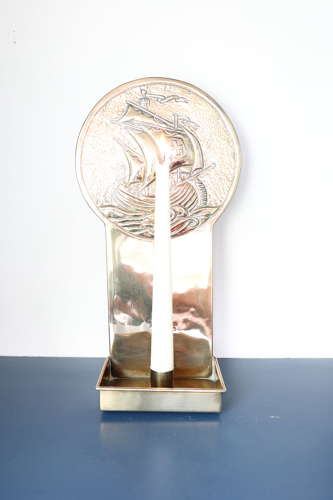 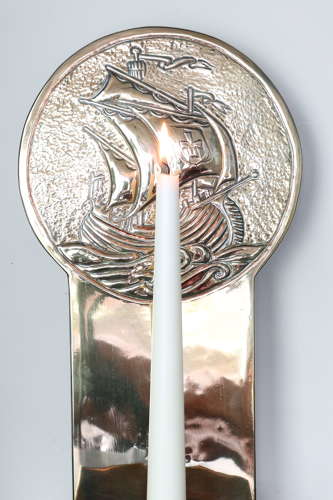 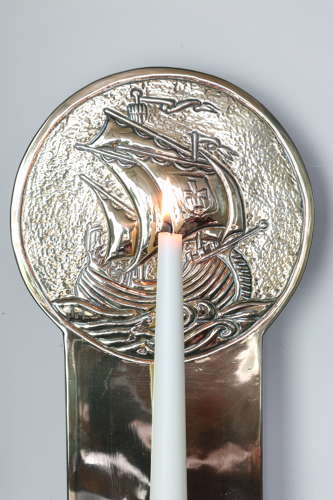 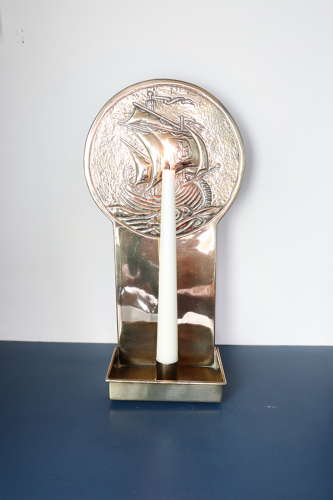 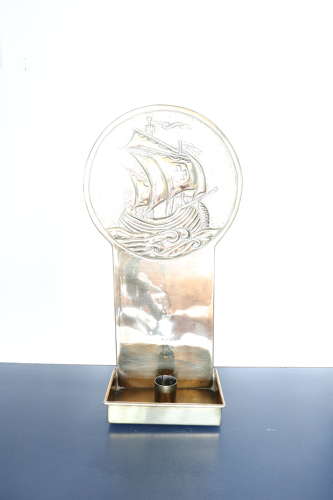 For sales is a beautiful Scottish Arts & Crafts Movement brass wall sconce from the late 19th Century into the early 20th Century.

- The tall brass sconce has a ship in full sail at sea inset inside a circular brass reflector / frieze.  The ship design is in great quality repousse work across the circular design frieze.
- The sconce base has a candle holder and an up-turned edge / lip surround.
- This can be used decoratively either on the wall or as a table sconce and has a loop to the rear of the reflector for hanging on the wall.
- Scottish in origin from the late 19th Century, it is made from good quality brass throughout.
- The ship at sail being a motif which is a central design within the Arts & Crafts Movement from designers, guilds and schools across Britain from Newlyn, Liberty to Glasgow and Iona and the continent.
- The ship at sail is represented as galleons, yachts and Scandinavian Viking ships and are often represented in artmetalware, ceramics, textiles and carving throughout the Arts & Crafts Movement.