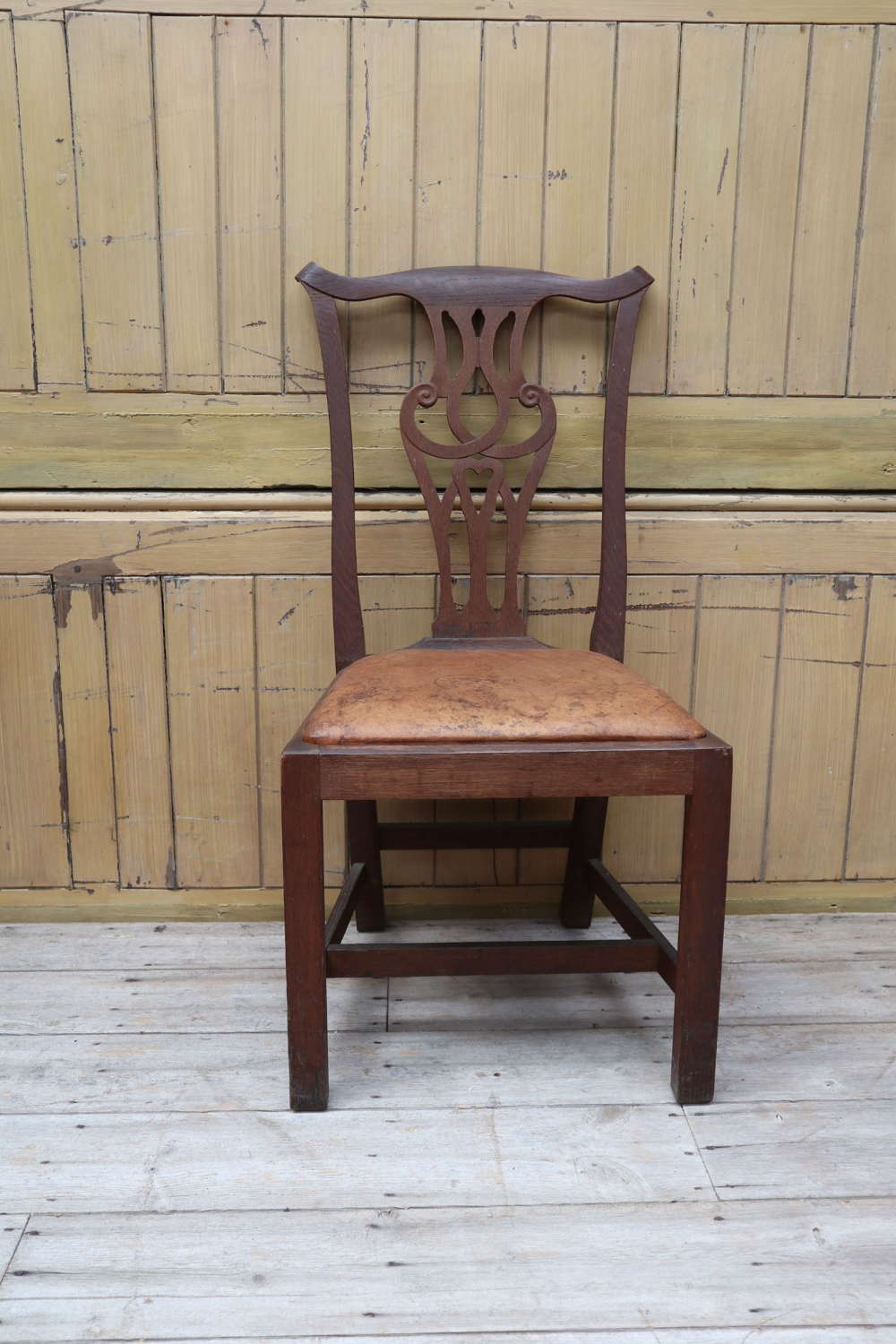 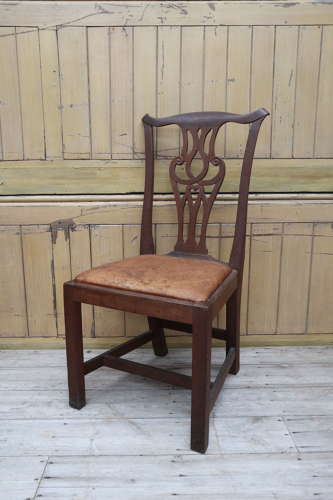 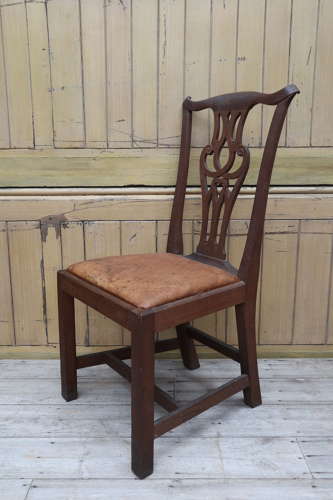 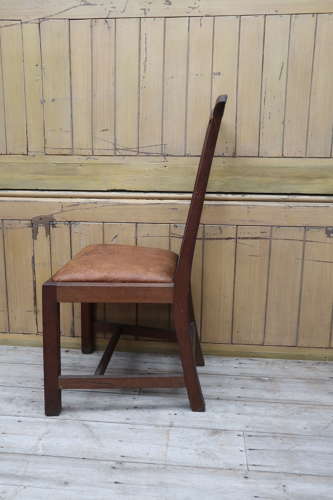 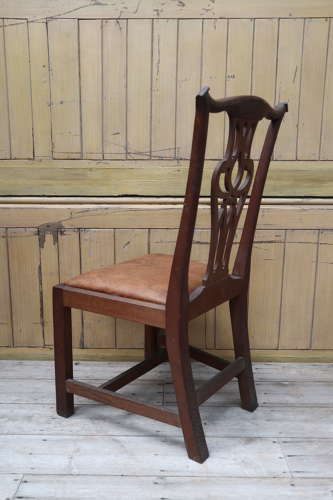 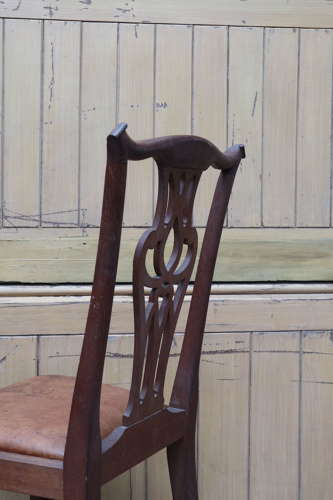 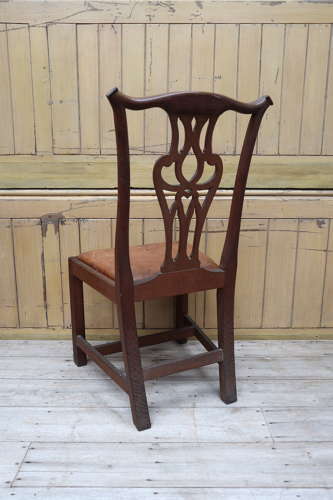 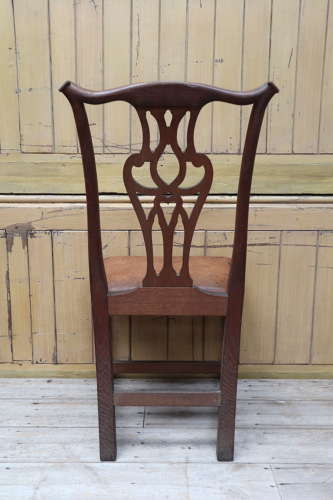 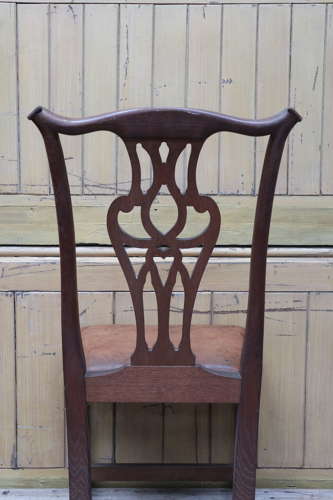 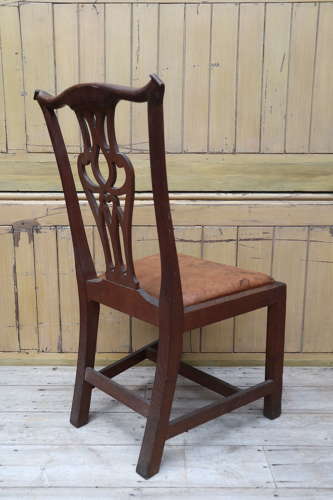 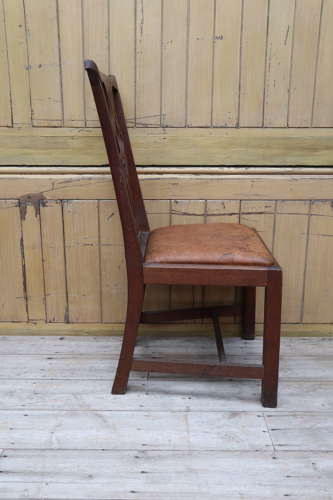 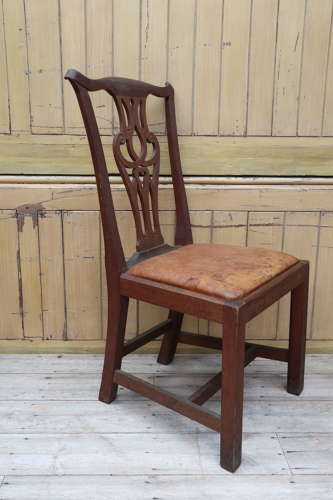 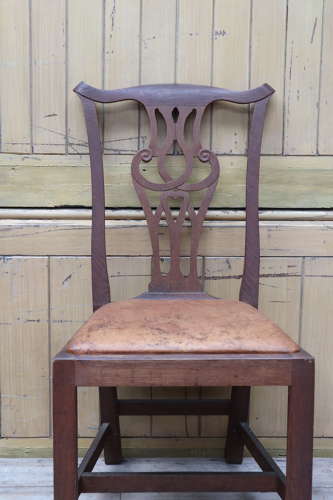 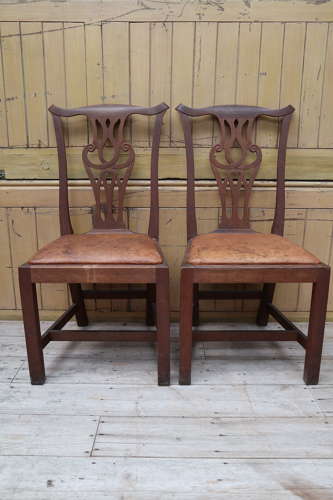 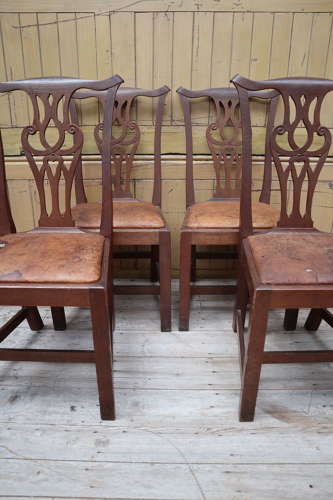 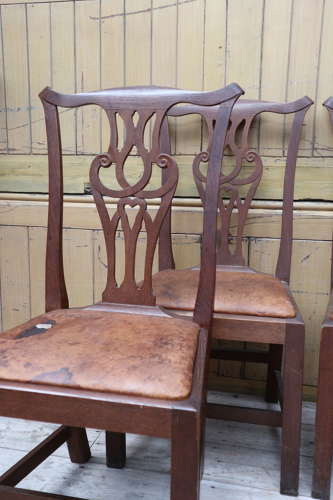 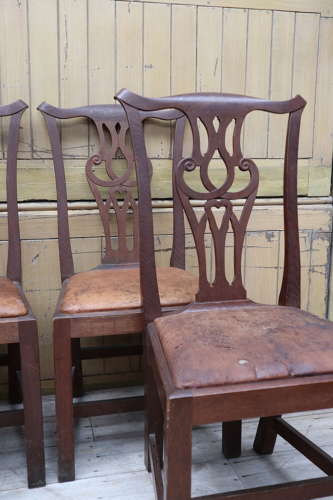 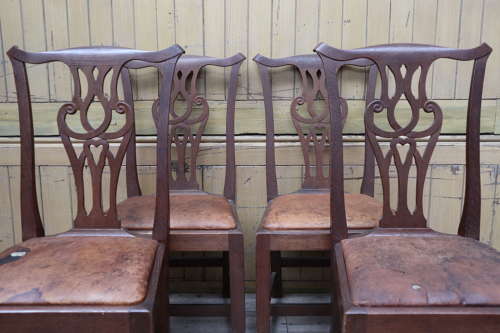 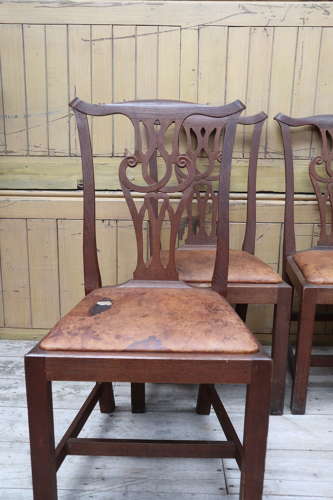 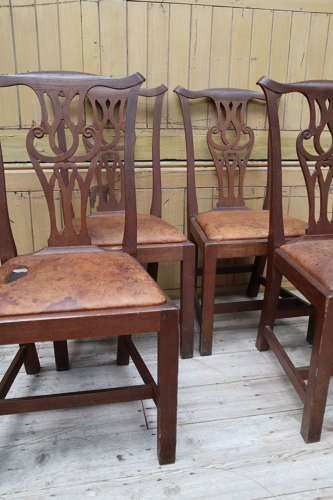 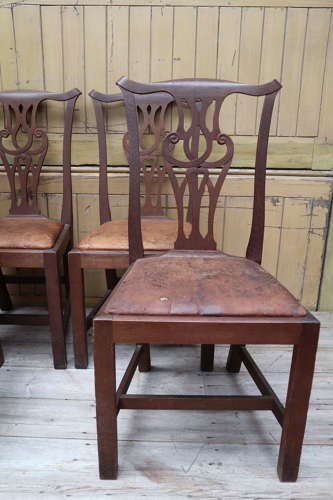 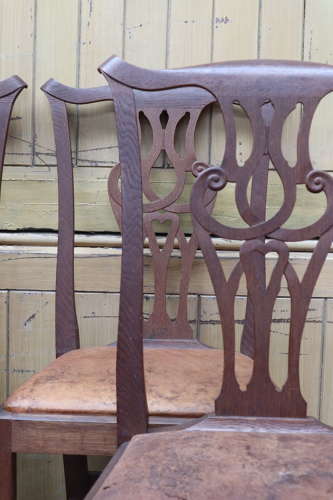 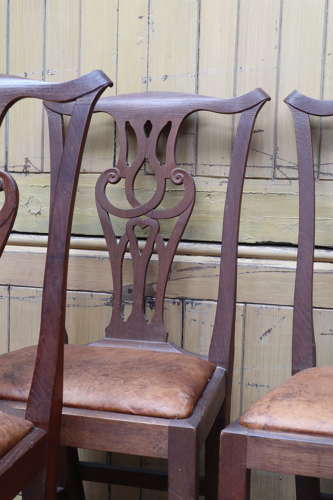 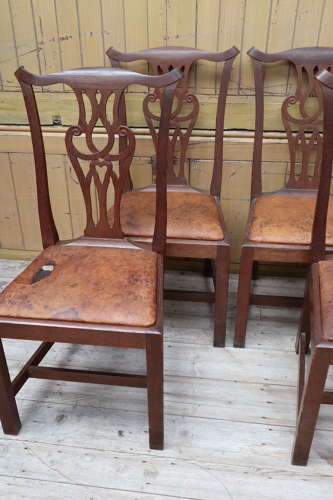 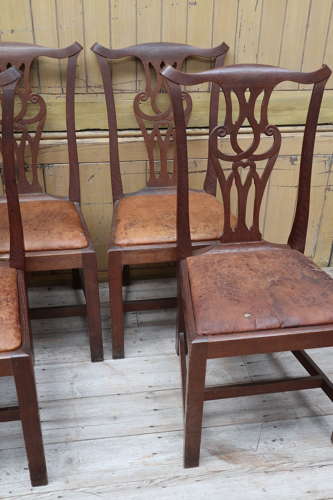 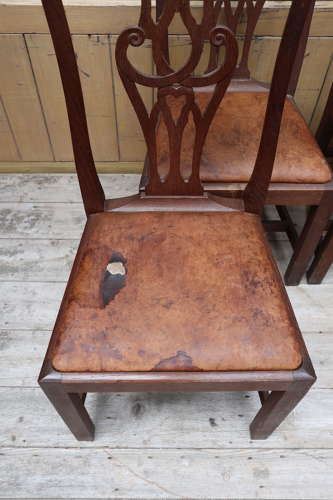 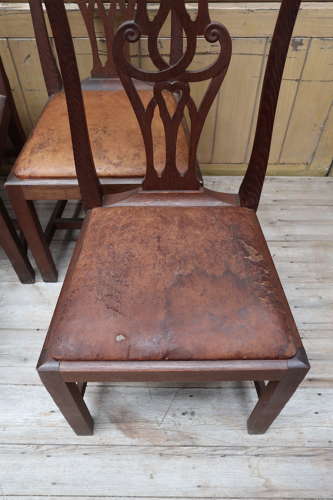 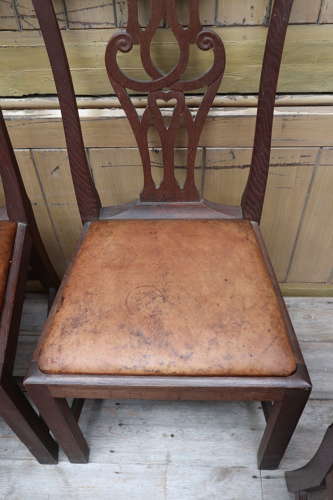 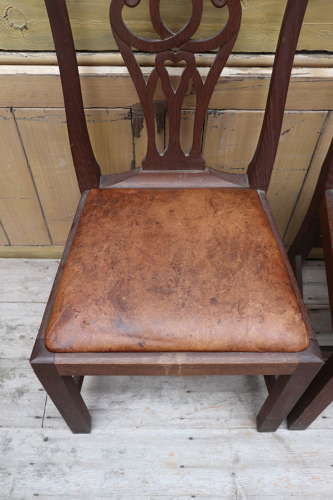 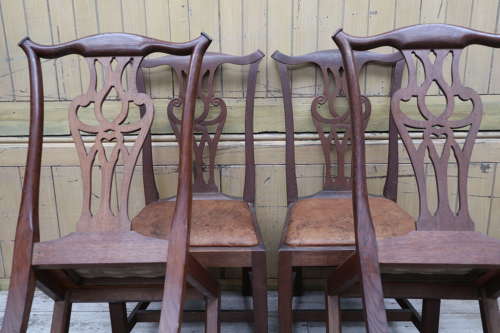 Scottish vernacular, Set of 4 Wheelers of Arncroach side chairs c.1913

For sale are a beautifully original set of 4 Wheelers of Arncroach, East Neuk of Fife oak chairs from c.1913 with provenance from Fortingall Church, Highland Perthshire.

- The four side (or bedroom) chairs made in oak and were purchased direct by W&W Antiques from Fortingall Church in Highland Perthshire and are thought to have been produced for the church around 1913.  This is because at this time (Pre-Ww1) Sir Robert Lorimer the designer/architect was commissioned to design a new chancel screen, pews and furnishings made of oak as a memorial to Sir Donald Currie by his family in 1913.  It is known that Sir Robert Lorimer was known to utilise William Wheeler of Arncroach for furniture making and craftsmanship to produce his designs.  William Wheeler (the elder, 145-1913) acquired a considerable local reputation, helped by his connection with the architect Robert Lorimer (1864-1929). Lorimer lived at nearby Kellie Castle and engaged local craftsmen such as Wheeler to make much of the furniture he designed for clients.
- The Wheelers’ vernacular interpretations of classical eighteenth-century designs came from the workshop showcasing the 18th Century Chippendale influence.  These chairs have a pierced back-splat / top rail design with central heart and scrollwork and is a less commonly seen design but the pattern is shown in Cotton (2008) plate 288.  This set have straight front legs as opposed to tapered.
- All four chairs are numbered with punch marks to both the frame and the corresponding original loose / drop-in upholstered seat, with original horsehair stuffing and sheepskin cover.
- The chairs are all in solid antique original condition have a varying degree of wear to each drop-in sheepskin cover, with marks, scuffs and some losses/stains as shown in the photographs.  All drop in seats sit well within their frames, all chairs are stable and comfortable.  Many of the Wheelers chairs have had their seats re-upholstered in fabric covers.  These four are in as found original condition after c.109 years of church use in Fortingall.

Ready for a new home an original set of four Scottish chairs from the Wheelers of Arncroach, East Neuk of Fife.

Free delivery to the UK mainland as priced. International buyers are welcome, but please contact us prior to payment to confirm the additional packaging, insurance and shipping costs by way of acceptance to your country. Purchaser responsible for local import tariffs/fees. If you are interested in multiple items, please contact us for combined postage.