With zero prior experience, only armed with enthusiasm and locked-down at home, I thought it was time to build my first hedge / stick primitive stool on which to sit and lace up my boots; using materials sourced from within a couple of hundred metres of the house here in Highland Perthshire.

Finding the fork, or U-bough section on the ground provided the impetus to give it a go; alongside the inspiration coming from a love of antique vernacular furniture.  In particular, examples from the remoter areas of the North and West Scottish Highlands[1], Ireland[2] and the Isle of Man[3]. More specifically; examples of stools and primitive chairs selected and created from natural curves (knees, u-shaped boughs and forks) sourced as the basic sections of a very simple, but effective, wooden structure.

Scrub woods, driftwood or reclaimed timbers found in areas with limited access to timber have been used for Scottish Highland chairs[4] , Irish chairs[2] and u-shaped tripod stools from the Isle of Man[3] in the 18th, 19th and 20th Century. Many of these were short-legged and low to the ground used in rooms with open-hearths to avoid the smoke layer in the room.

The basis for this stool and its simple design was therefore a simple Alder fork / U-shaped section of bough.  This allowed a crude uneven structure from which to add basic support in the shape of hedge-scrub birch legs and seat sock-drying stretchers in a Sutherland chair style. I designed the stool on a simple principle of three, with three sides to the simple fork/U-shaped triangle, three legs for simplicity and three basic seat supports recessed and pegged to the fork. The Alder fork was cleaned up hand chiselled to flatten out the seat side and hand sawn. The small hedge scrub birch was sawn into leg and seat lengths, de-barked with a draw knife and shaped with a chisel to form a basic and crude tenon to insert into a hand augured socket set into the fork. It is a surprisingly sturdy, crude and primitive little stool but references the regional elements of these vernacular pieces of seating that we enjoy and were built out of necessity. 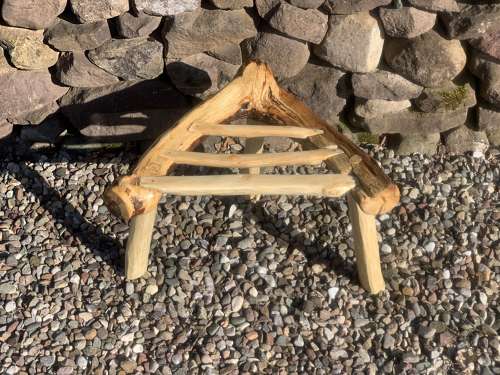 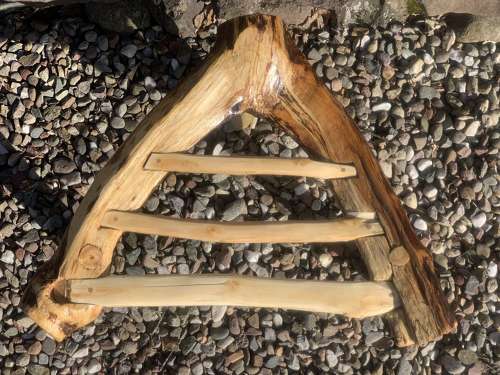 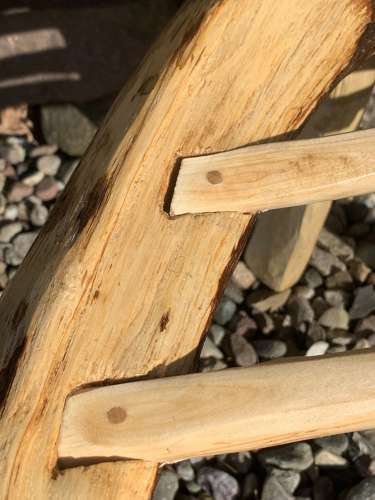 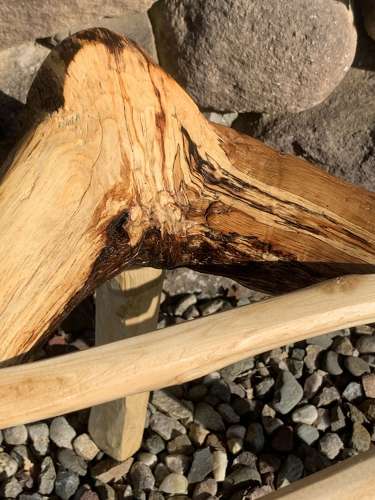 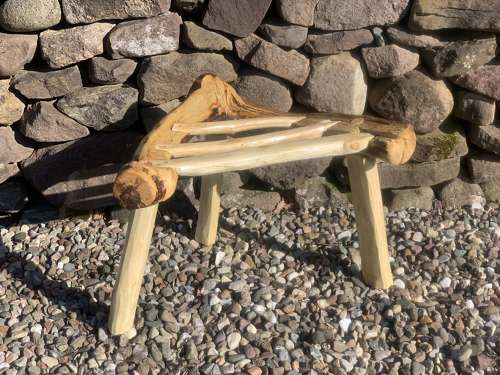 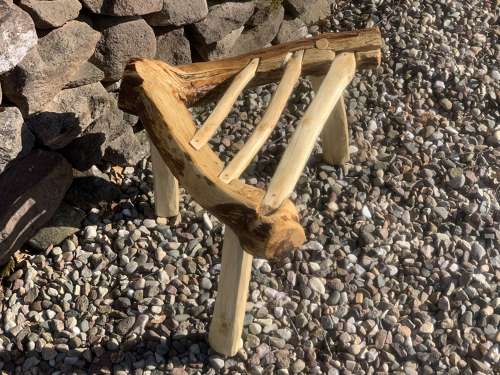 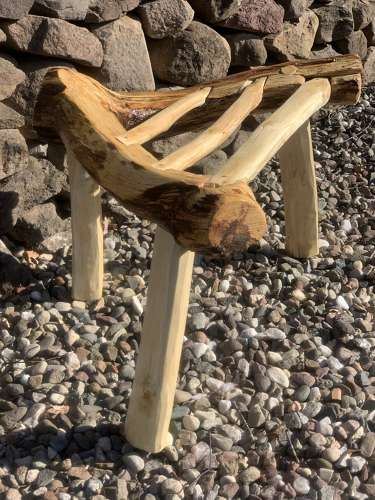 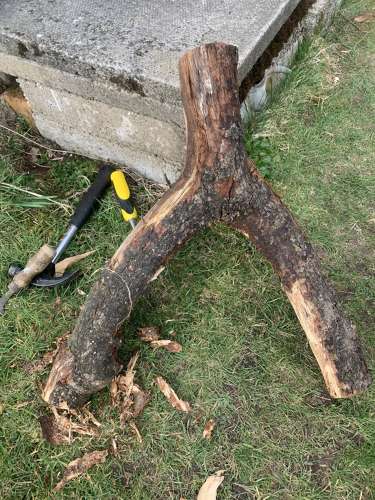 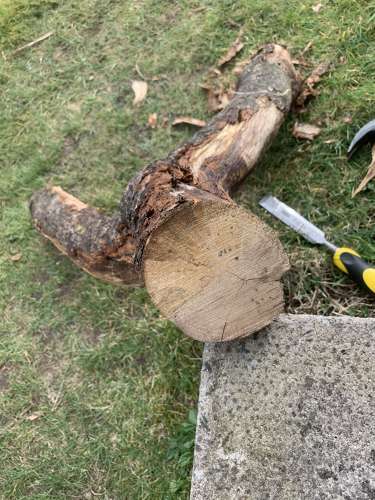 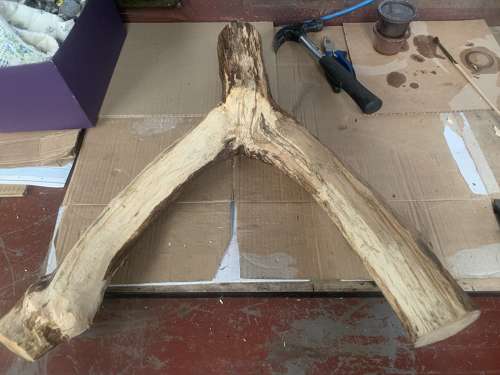 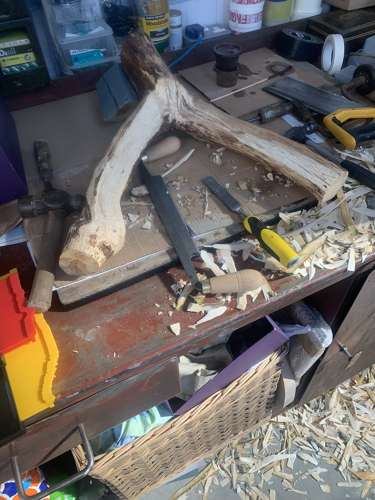 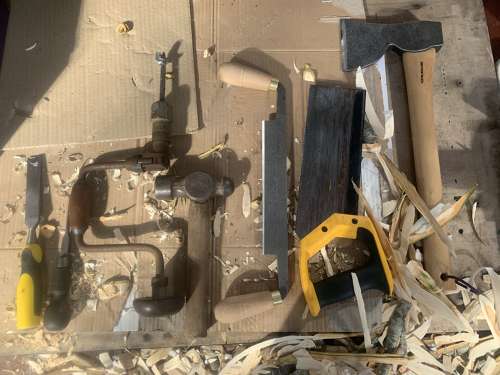 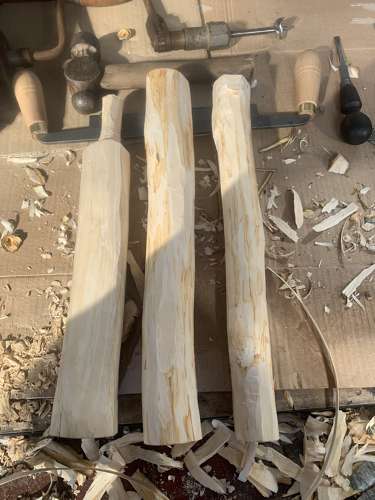 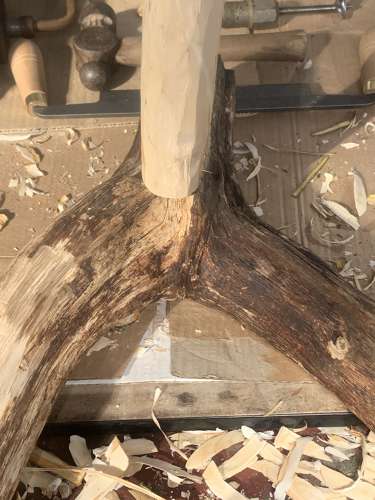 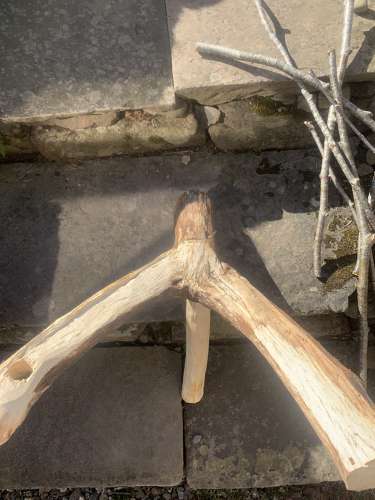 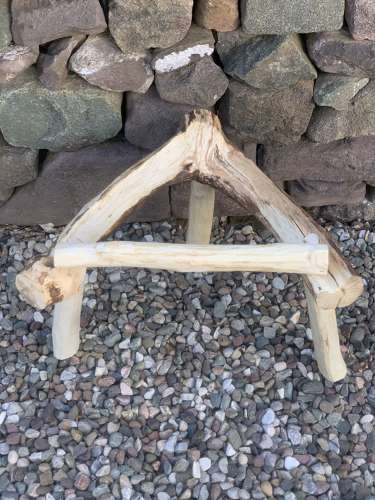 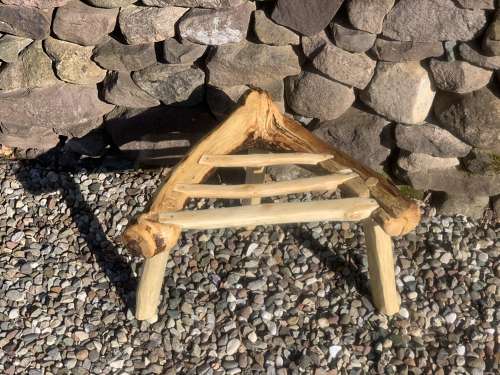 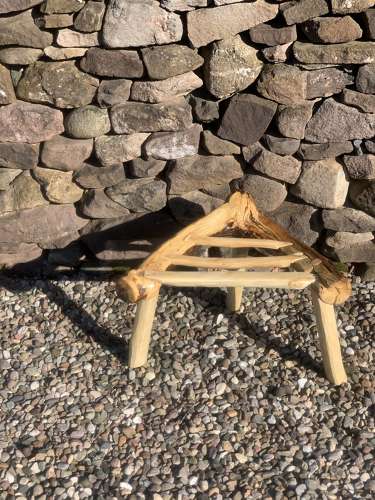 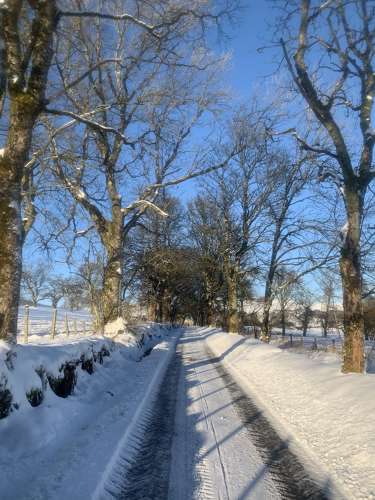