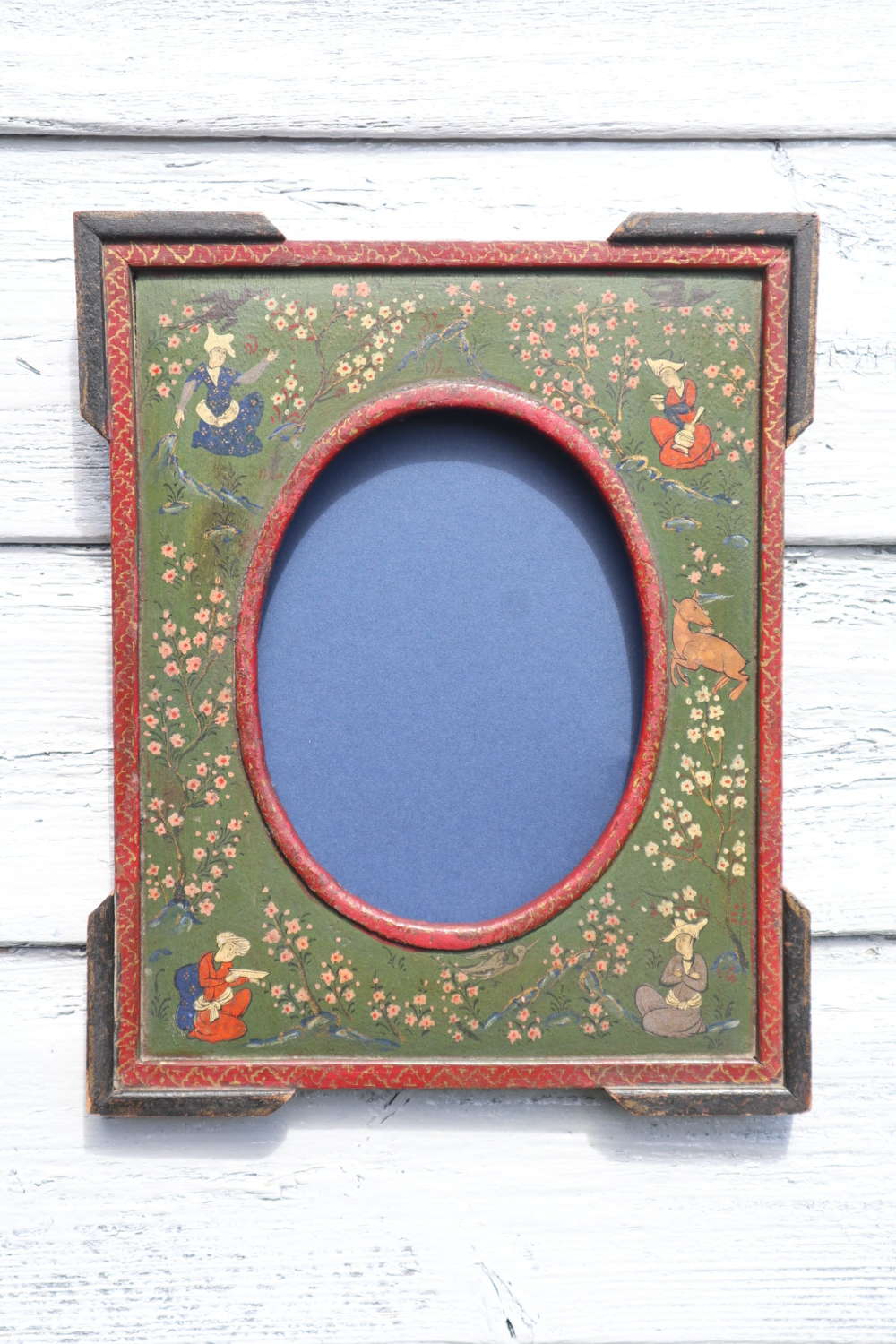 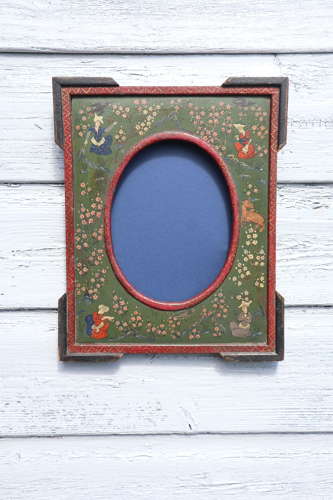 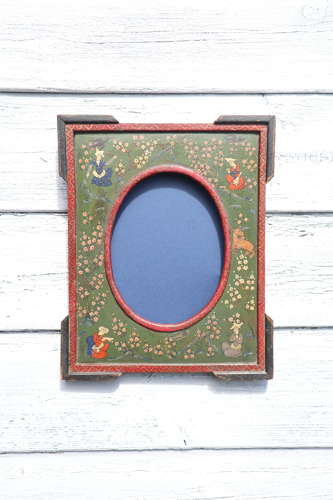 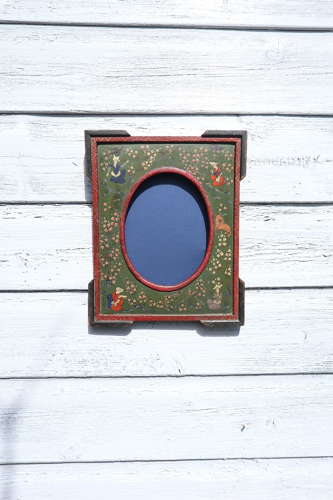 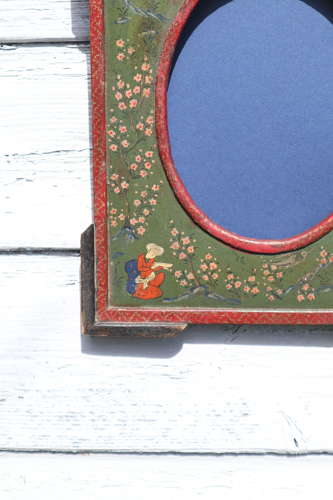 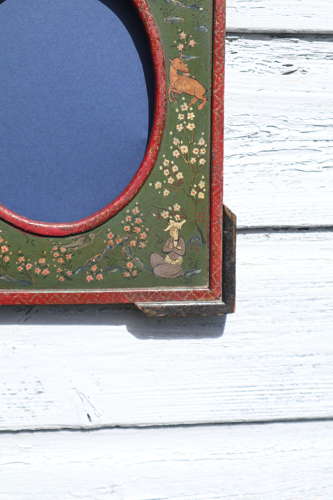 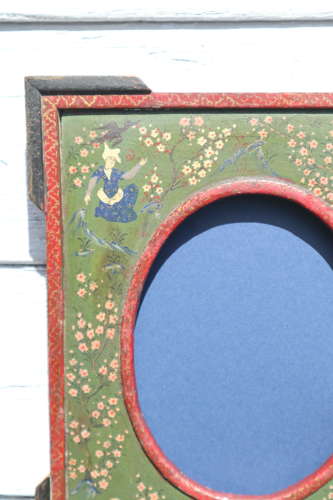 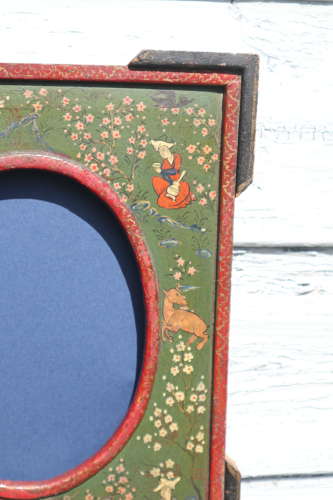 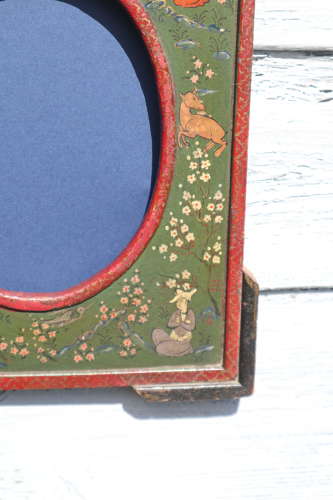 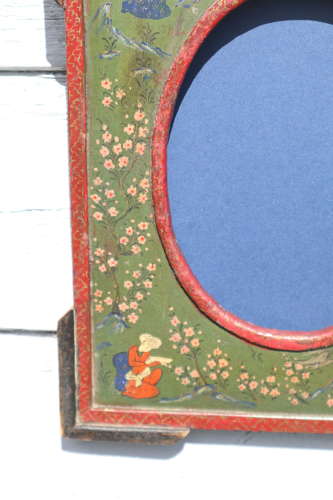 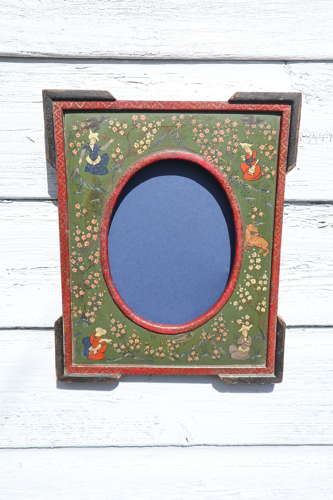 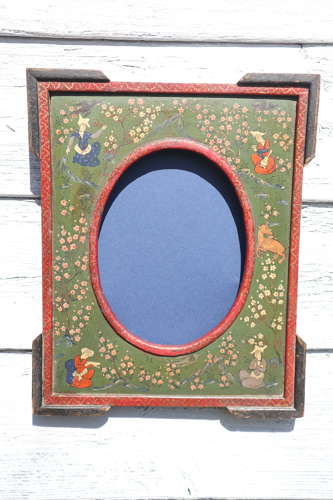 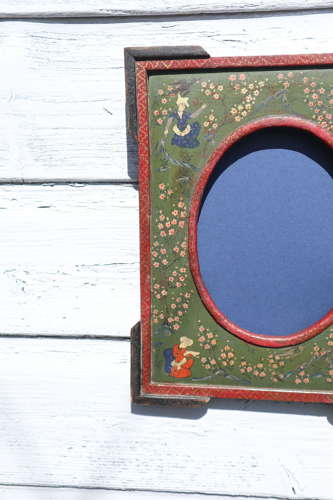 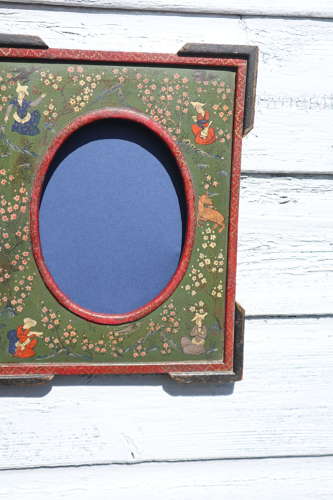 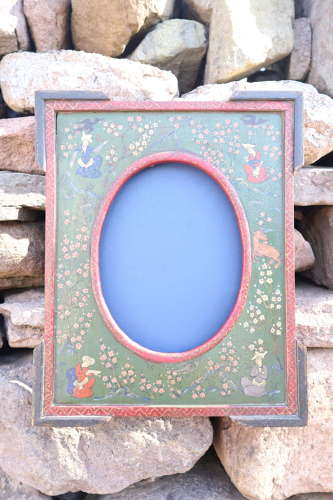 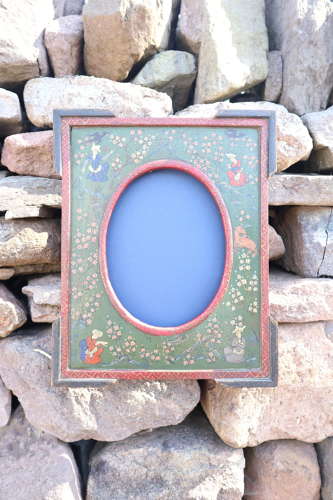 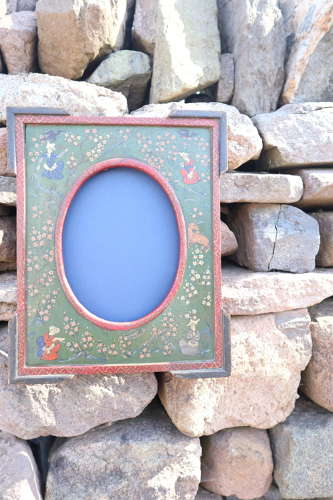 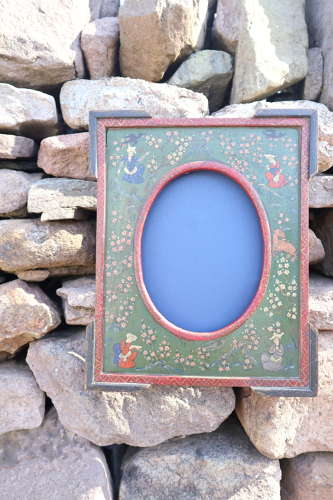 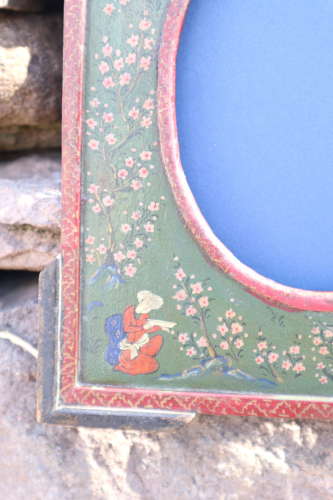 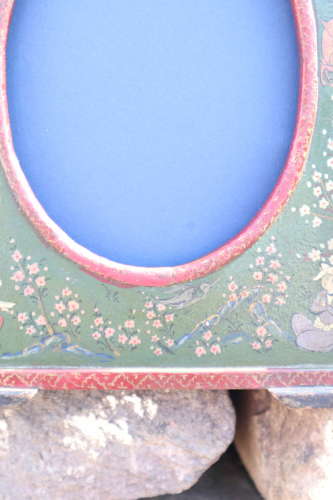 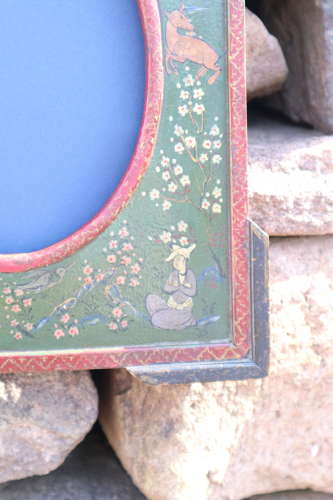 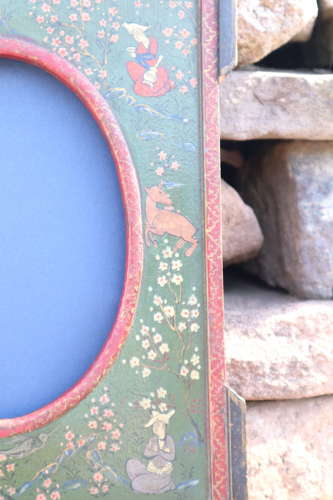 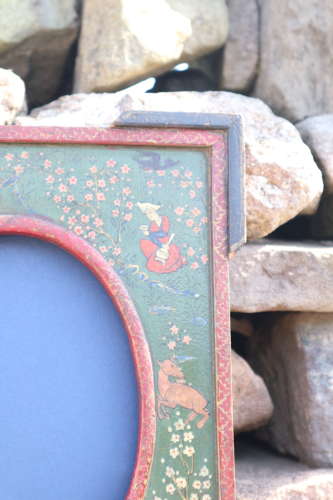 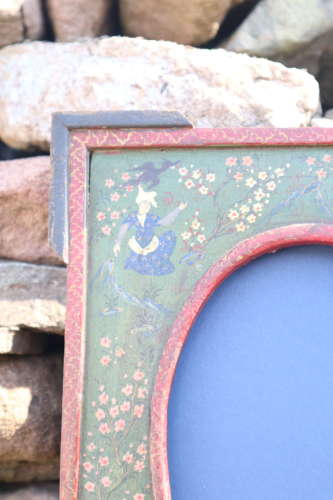 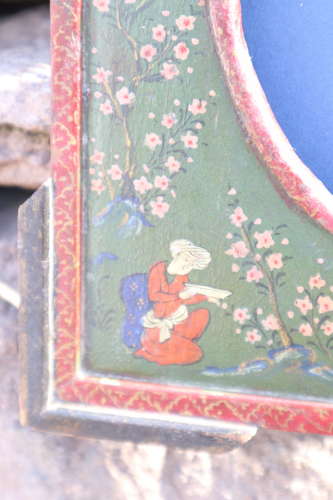 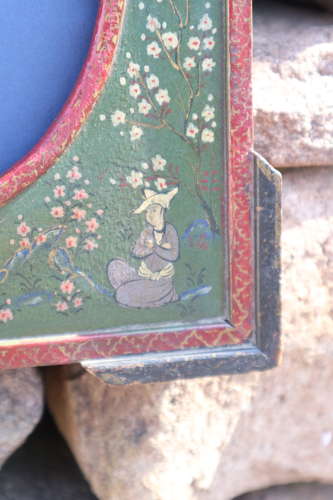 For sale is a beautiful Persian wooden oval portrait photograph frame, decorated with miniature painted figural scenes.
The frame is from the late 19th or early 20th Century, but could well be early and has a lovely age-worn patina to the paint.

- The frame has elegant double framed corners, encompassing red painted and gold patterned decoration to the outer frame, which matches the oval inner portrait.
- The background of the frame is a lovely green colour decorated throughout with a lovely decorative blossom / flowers.
- The frame has blossoming flowers in the landscape and three birds surrounding four figures one in each corner of the frame and a leaping deer. The figures are all in different repose as shown in the photographs.
- The frame is open with no glass, and has a basic metal loop to hang on the reverse. It also has a couple of swivel metal plates to hold in place a photograph or mount, but could also be converted to sit on a sideboard. The blue mounting card is to provide context for the frame and photographs. The back of the frame has a number of marks some early and some more modern, but remains very solid in its construction.

Persian / Iranian miniature painting have developed over many centuries, this frame depicts similar aspects around the border reminiscent of work in the late 18th, 19th and early 20th Century. Mongolian rulers of Iran instilled the cult of Chinese painting and brought with them a great number of Chinese artisans growing in popularity in the 13th - 16th Century in Iran and central Asia. The most important function of miniature was illustration. It gave a visual image to a literary plot. Artists in a number of regional schools were particularly skilled at portraying people, from the 18th Century there appeared a new genre of flowers and birds.

Free delivery in the UK as priced. International buyers are welcome, but please contact us prior to payment to confirm the additional packaging, insurance and shipping costs by way of acceptance to your country. Purchaser responsible for local import tariffs/fees.