For sale is a beautiful antique woven geometric Swedish table runner / coverlet in original condition from circa 1930-1950s.

- The woven coverlet likely from Southern Sweden has a subtle and attractive  geometric repeat pattern.
- It is in a combination of red, light blue and white repeat diamond pattern.
- The pattern is embroidered on to a linen/cotton backing.
- The condition and colour is good with age-related wear and some fading of the colour with some small marks shown in the images.
- The four corners of the textile has a pair of tassels in each (one tassel is missing on one corner as shown in the photographs), the edge is also fringed in the same cord around the edge of the coverlet.
- Woven runners, coverlet/blankets like these are also present and similar in style in the US from states like Pennsylvania in the 19th Century with a prevalence of European immigration.
- The loom woven material is wool on a cotton/linen backing.
- Southern Sweden has a strong folk tradition of woven textiles influenced both from migrant Flemish weavers from the low countries and Persian Kilim style rugs from the middle-east.

This is a lovely, subtle vintage Scandinavian textile from the first half of the 20th Century and at 80-100 years of age is in good condition ready for further decorative service as a throw or covering for a table, chair or wall.

*The red four legged stool is shown for scale and context and is also available from W&W Antiques, but not included in this listing.

Free delivery to the UK mainland as priced. International buyers are welcome, but please contact us prior to payment to confirm the additional packaging, insurance and shipping costs by way of acceptance to your country. Purchaser responsible for local import tariffs/fees.
If you are interested in multiple items, please contact us for combined postage. 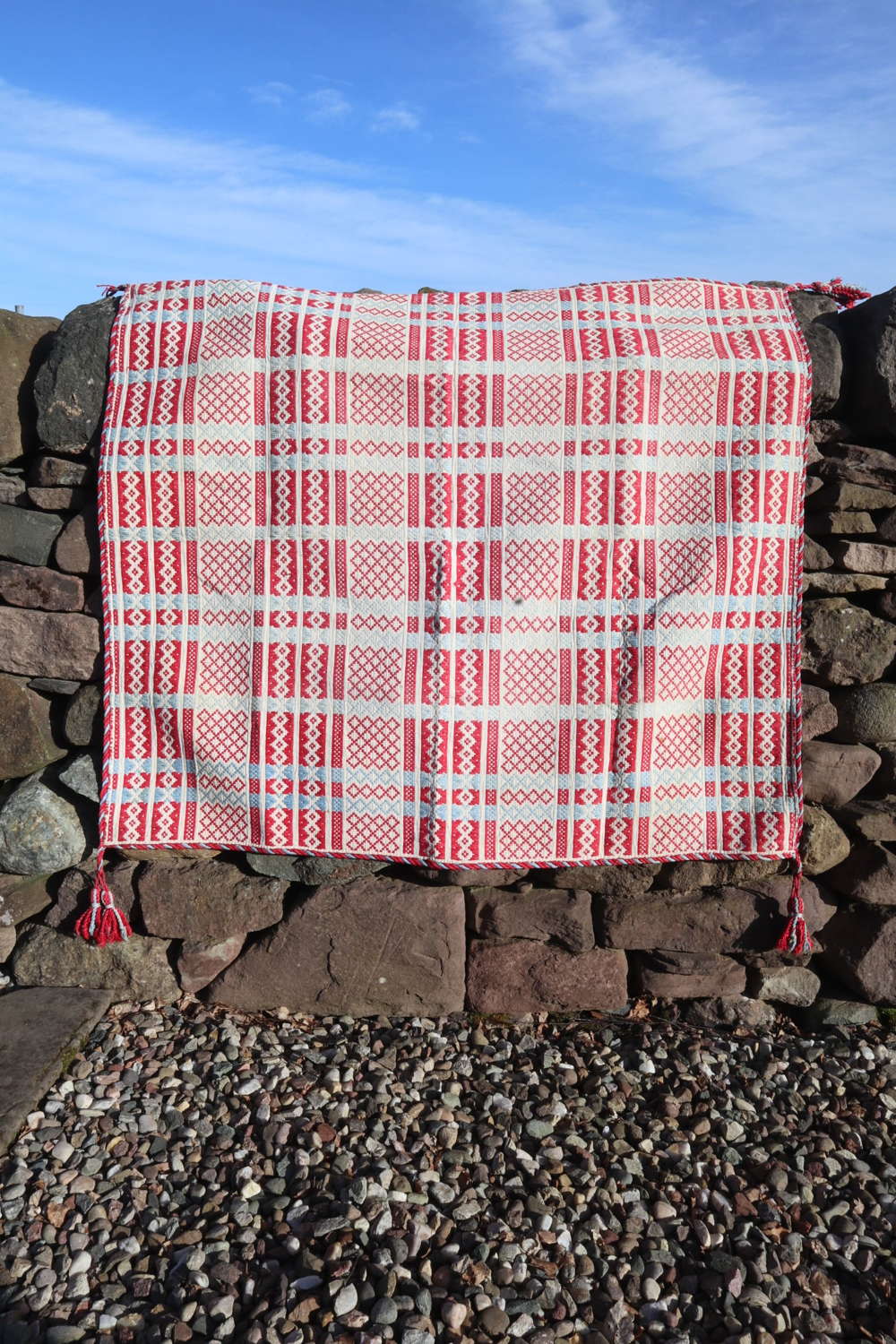 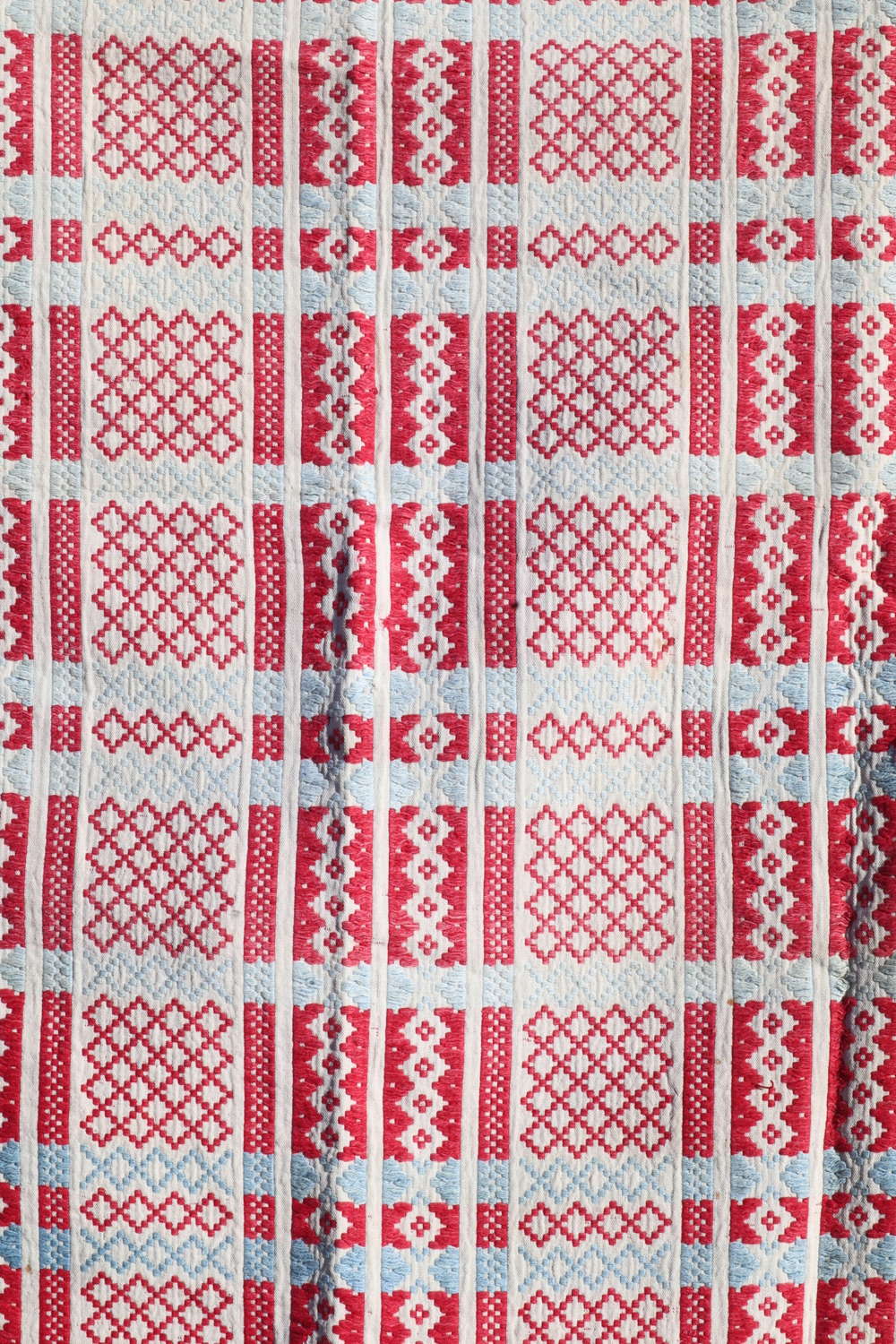 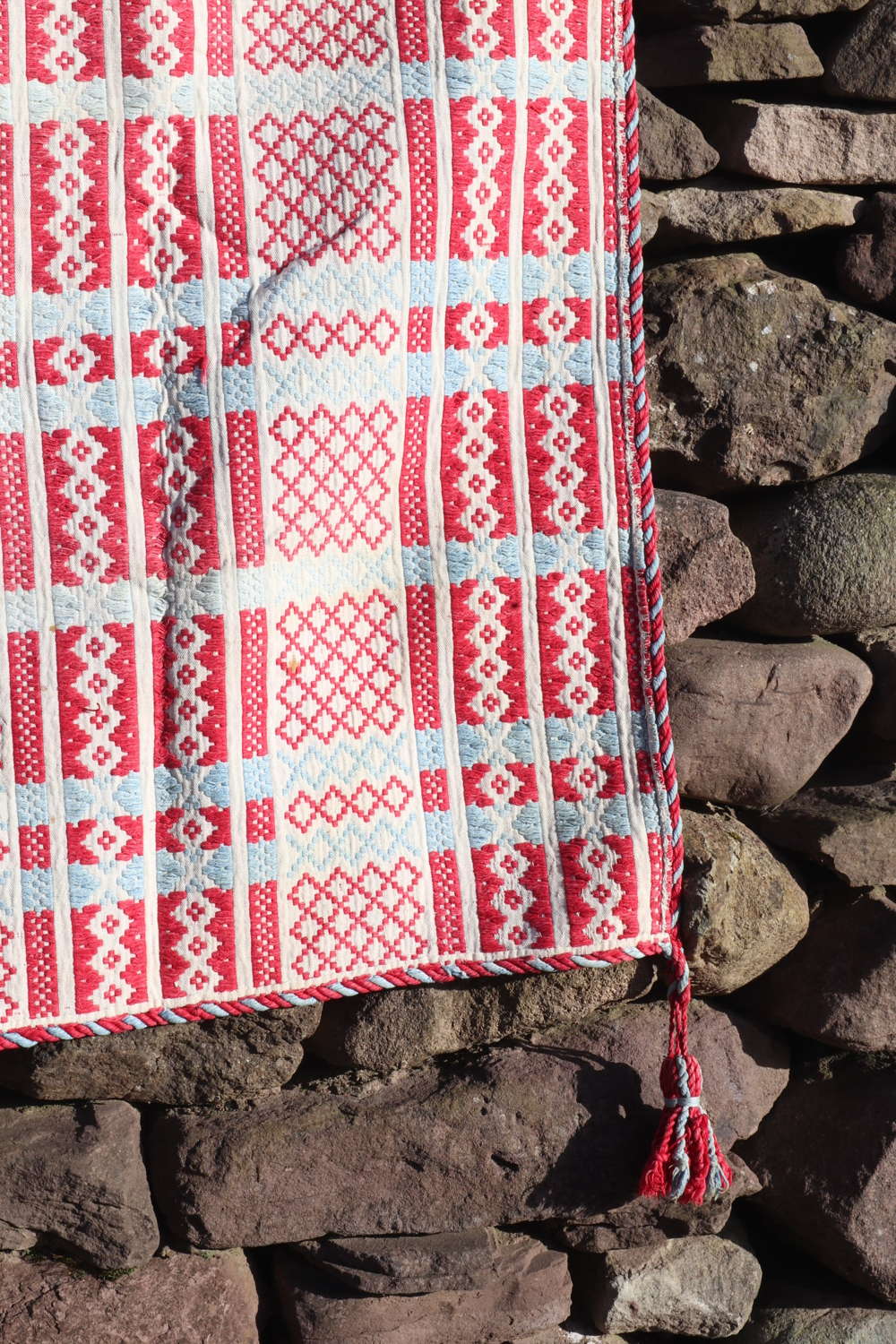 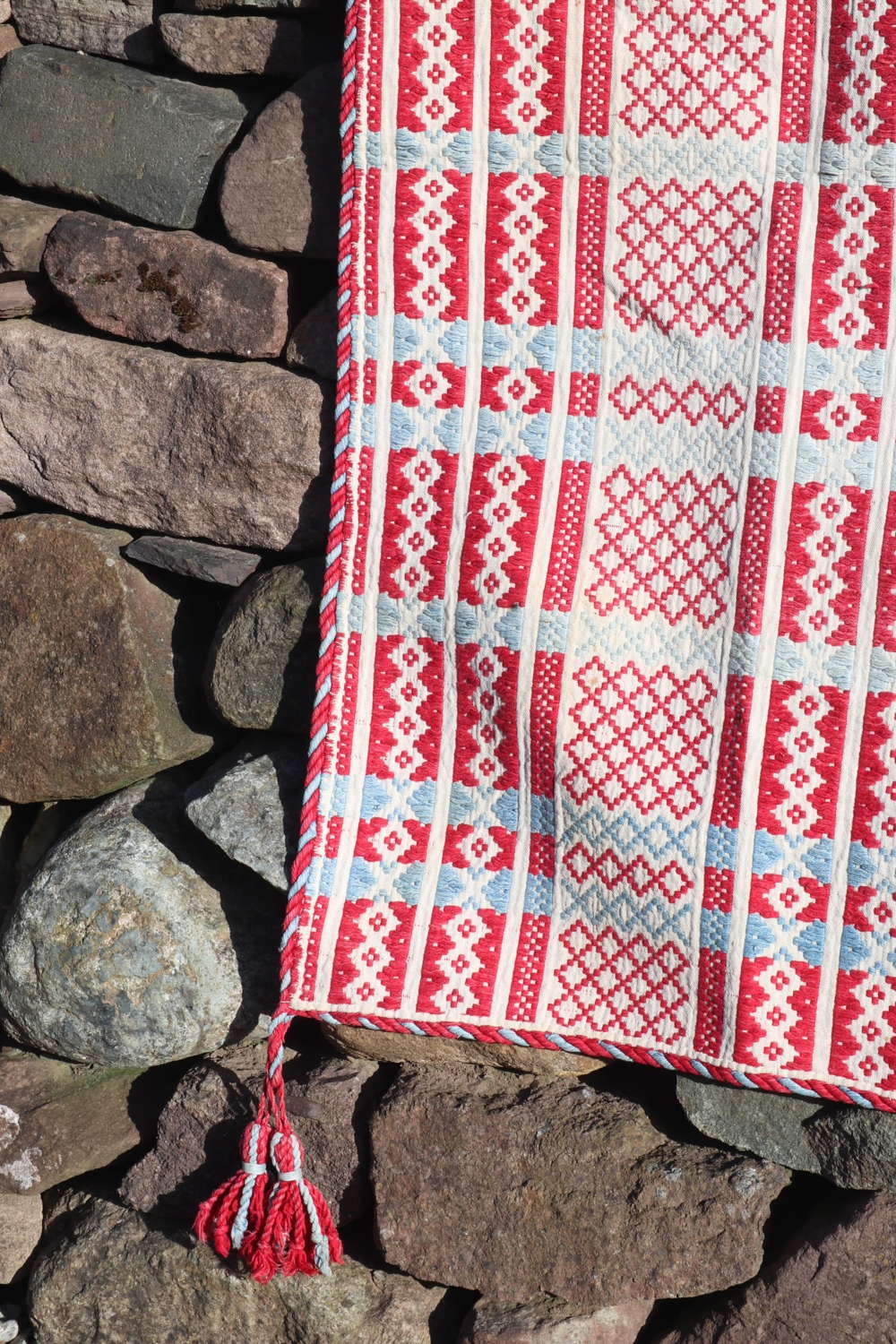 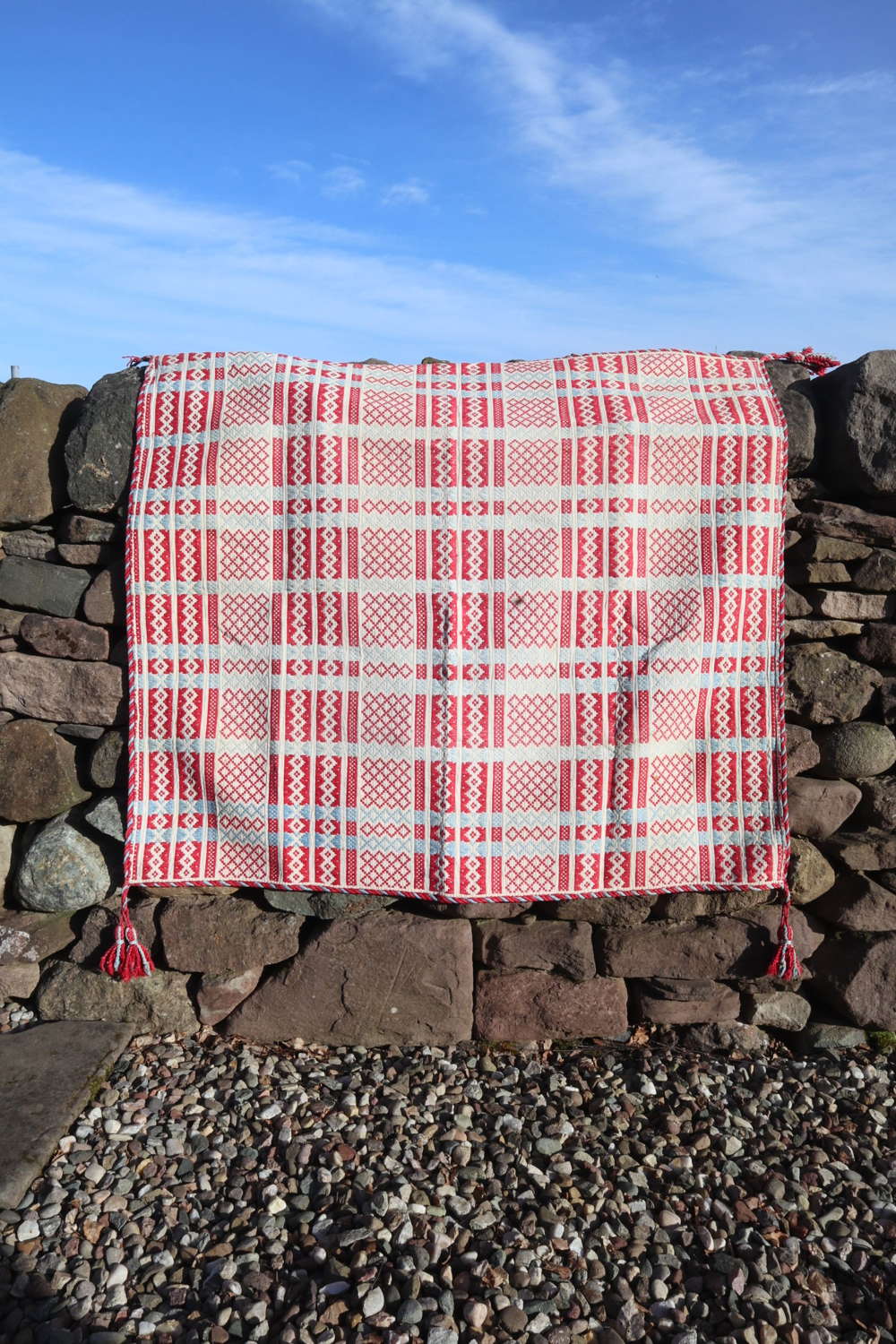 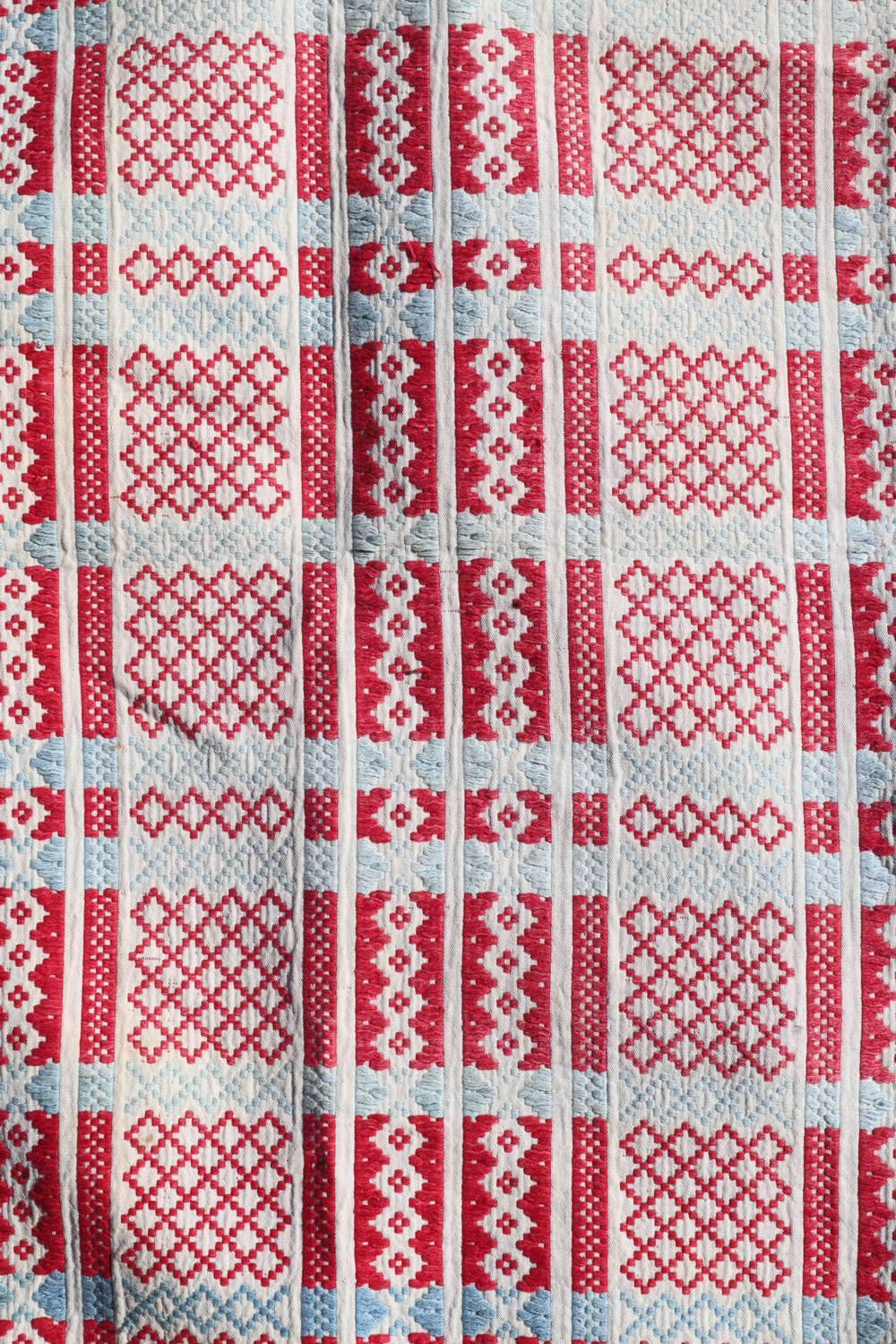 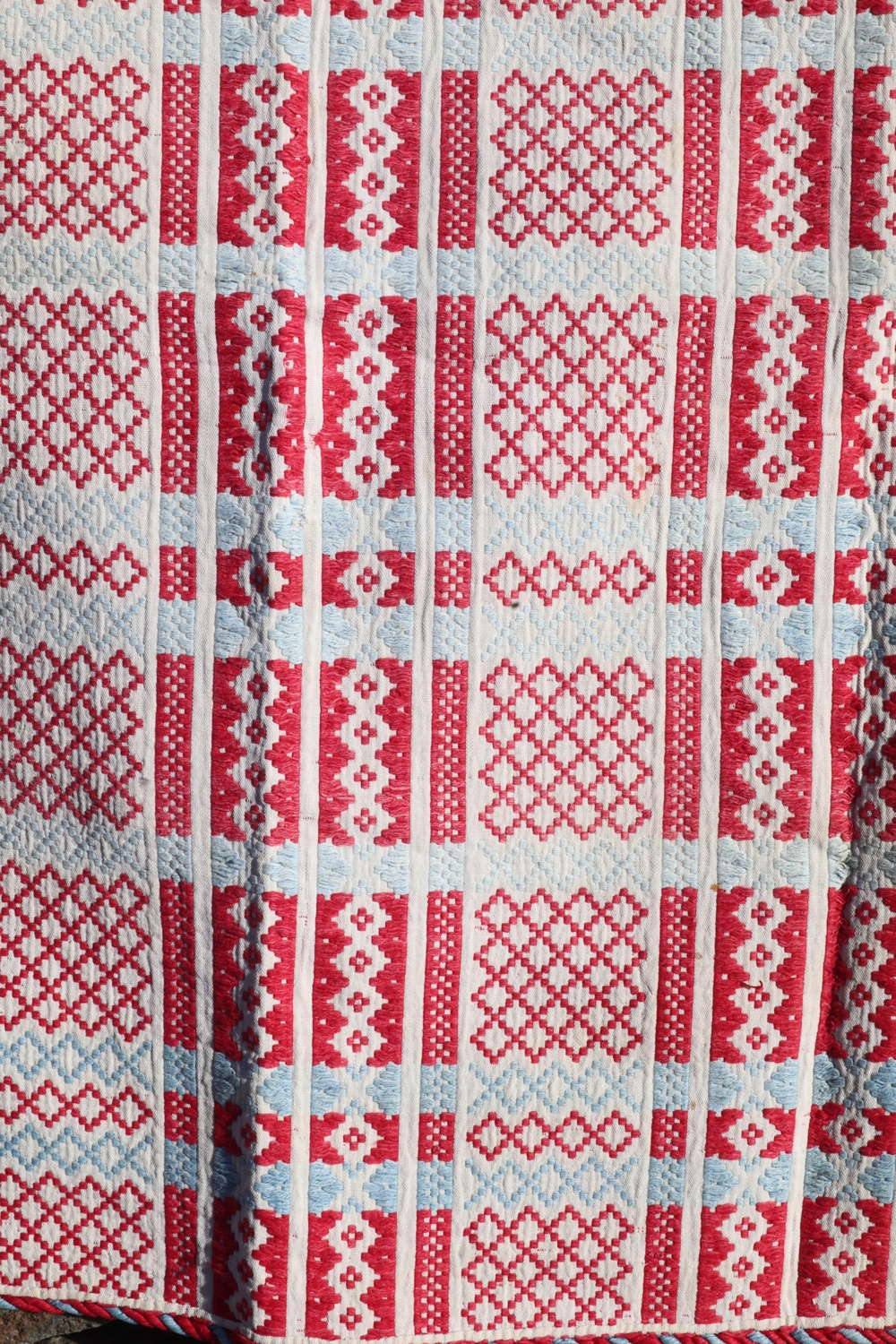 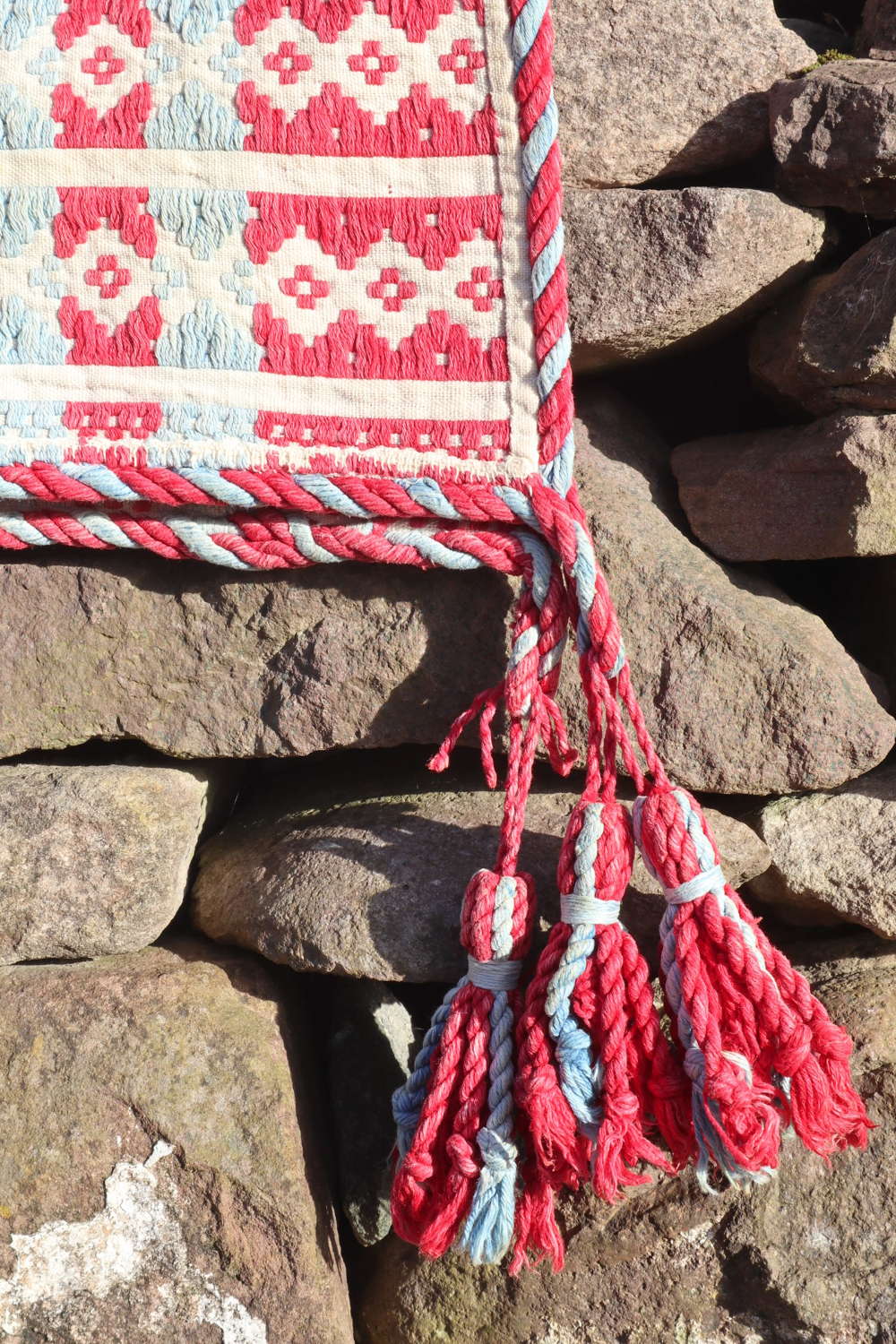 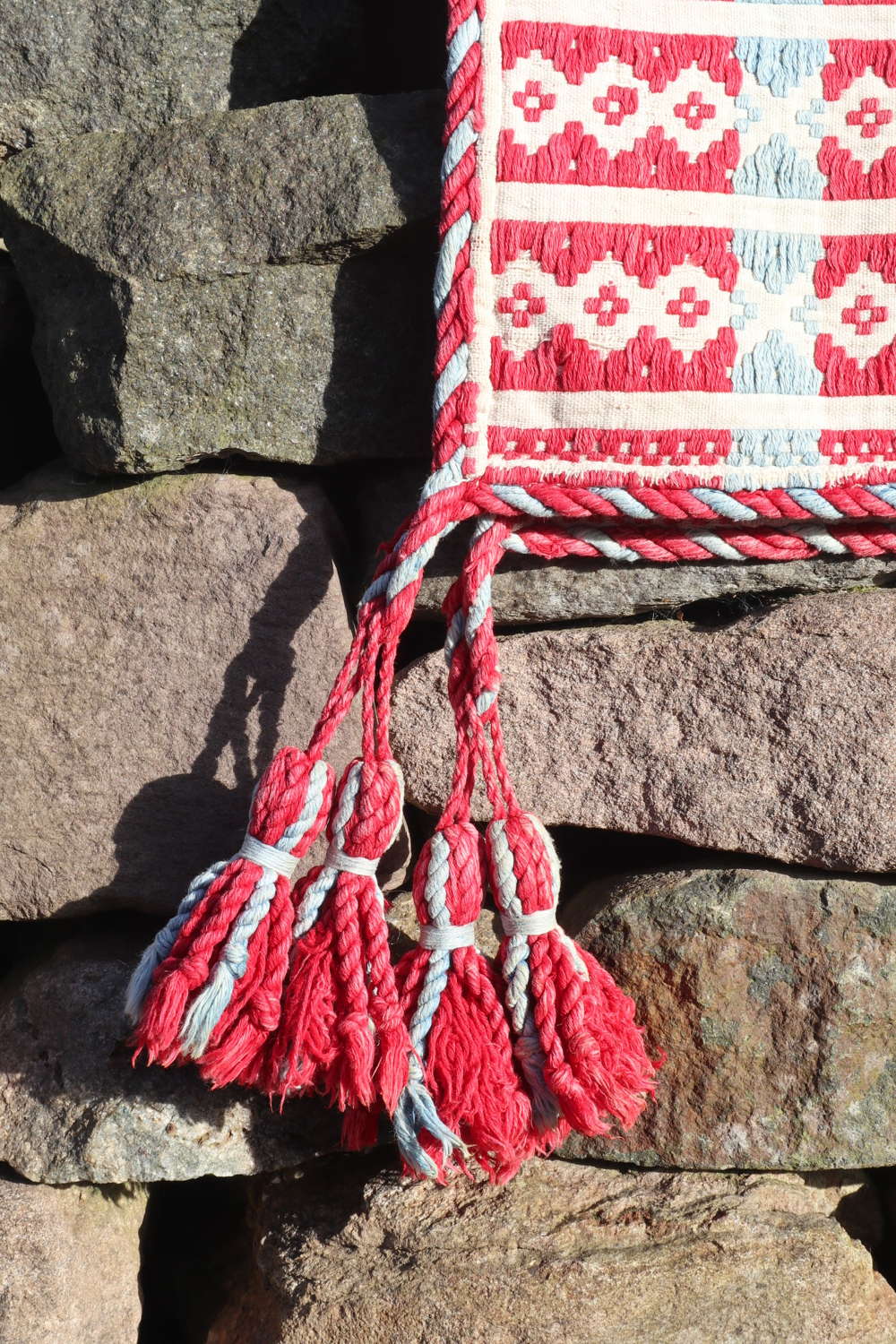 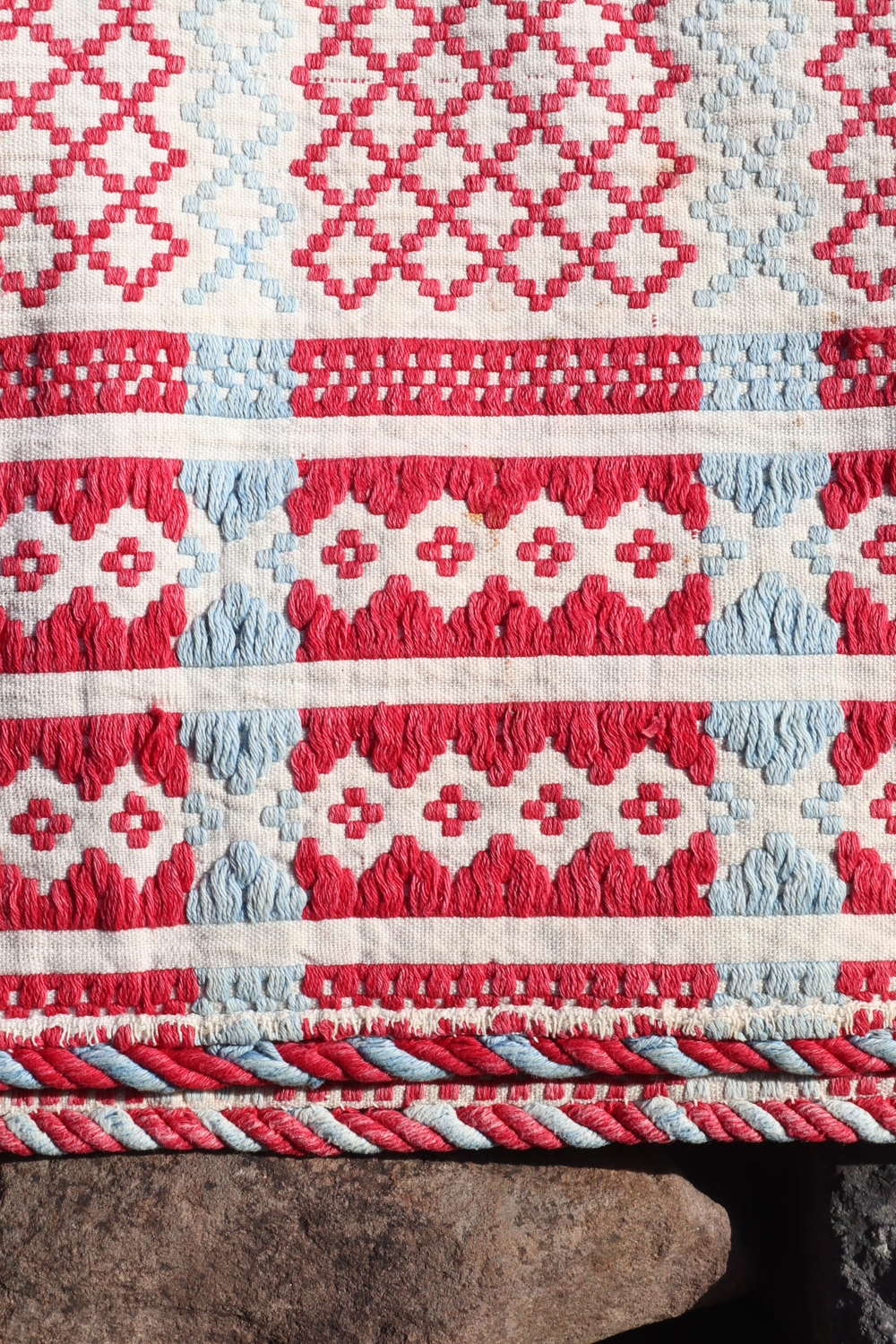 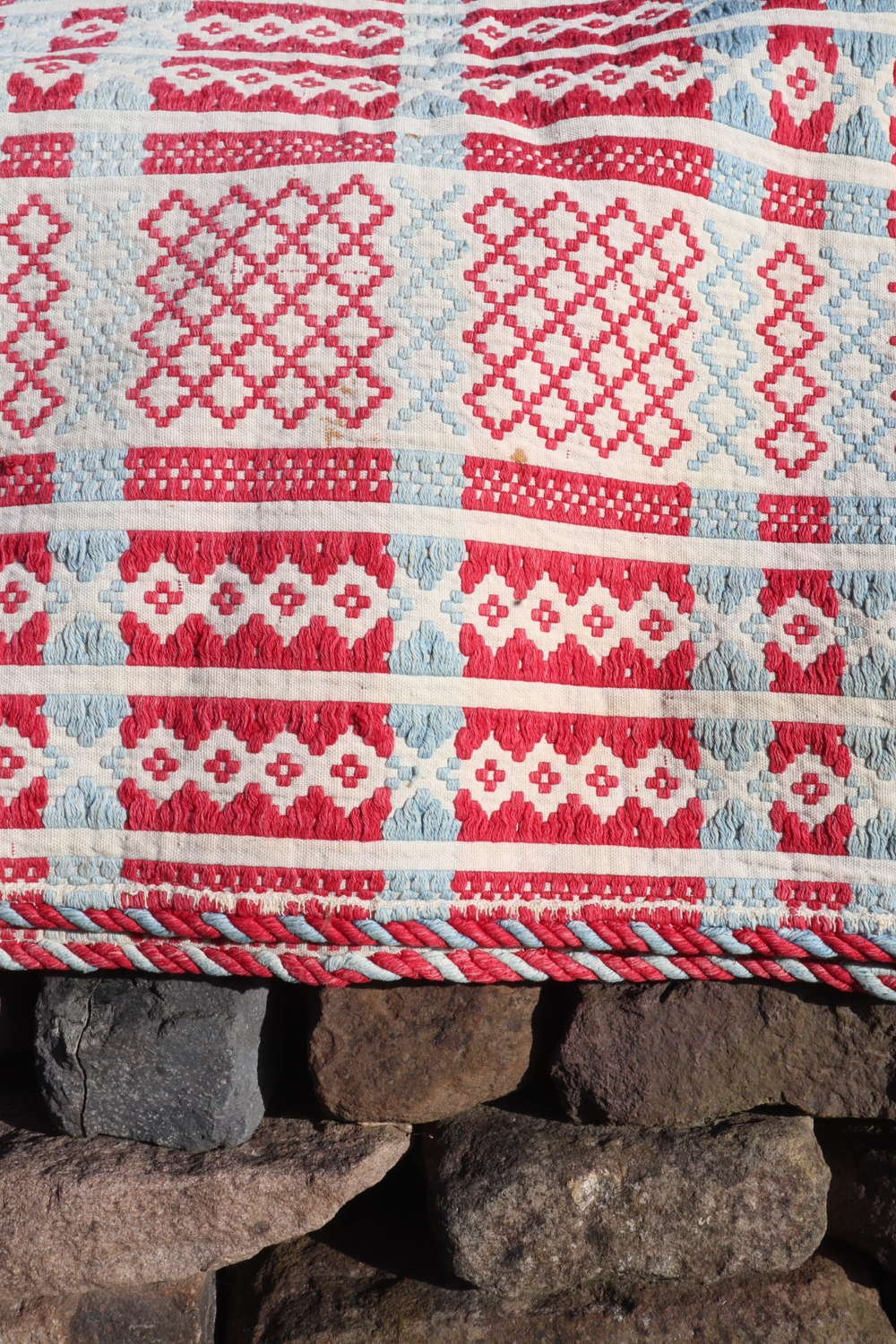 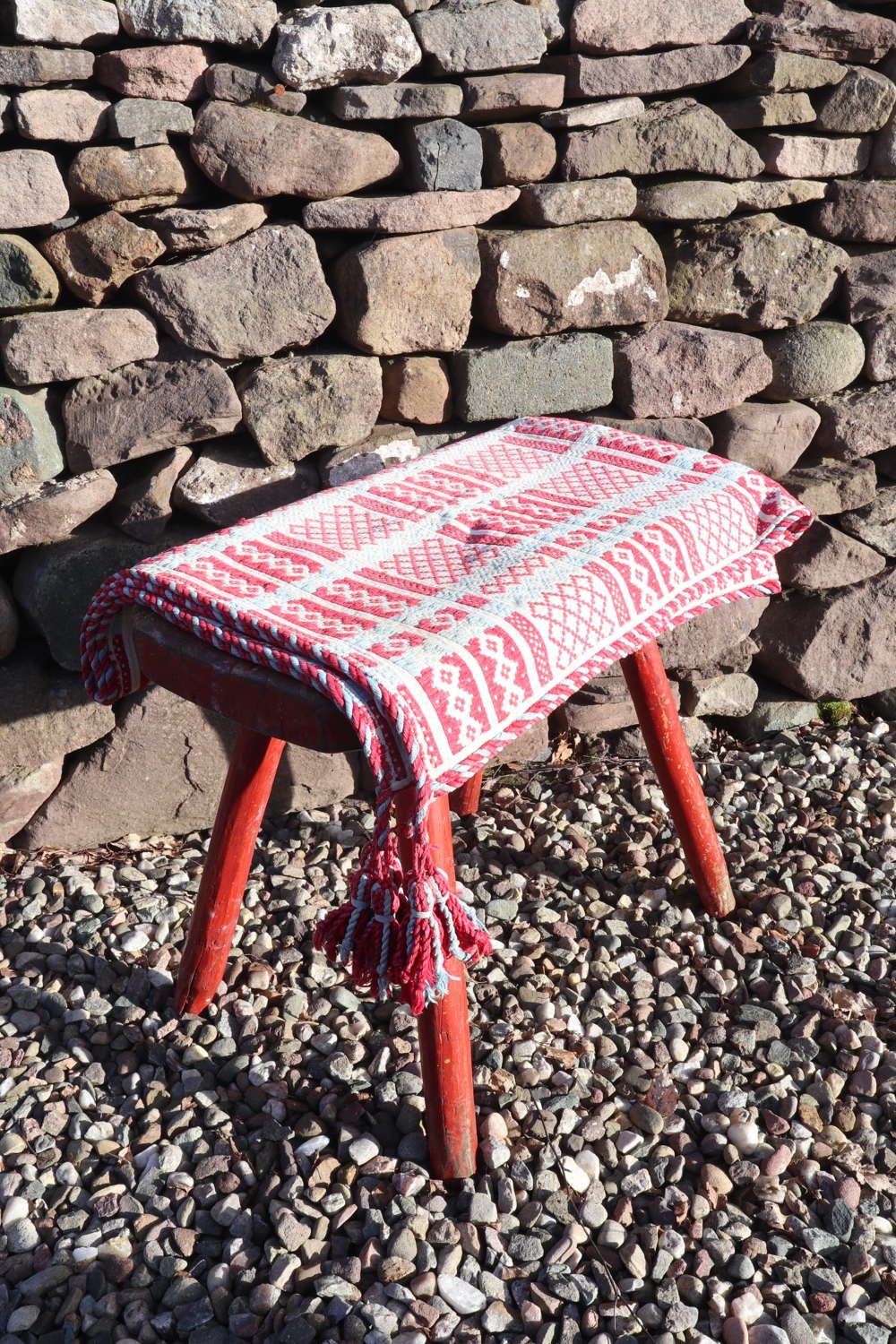 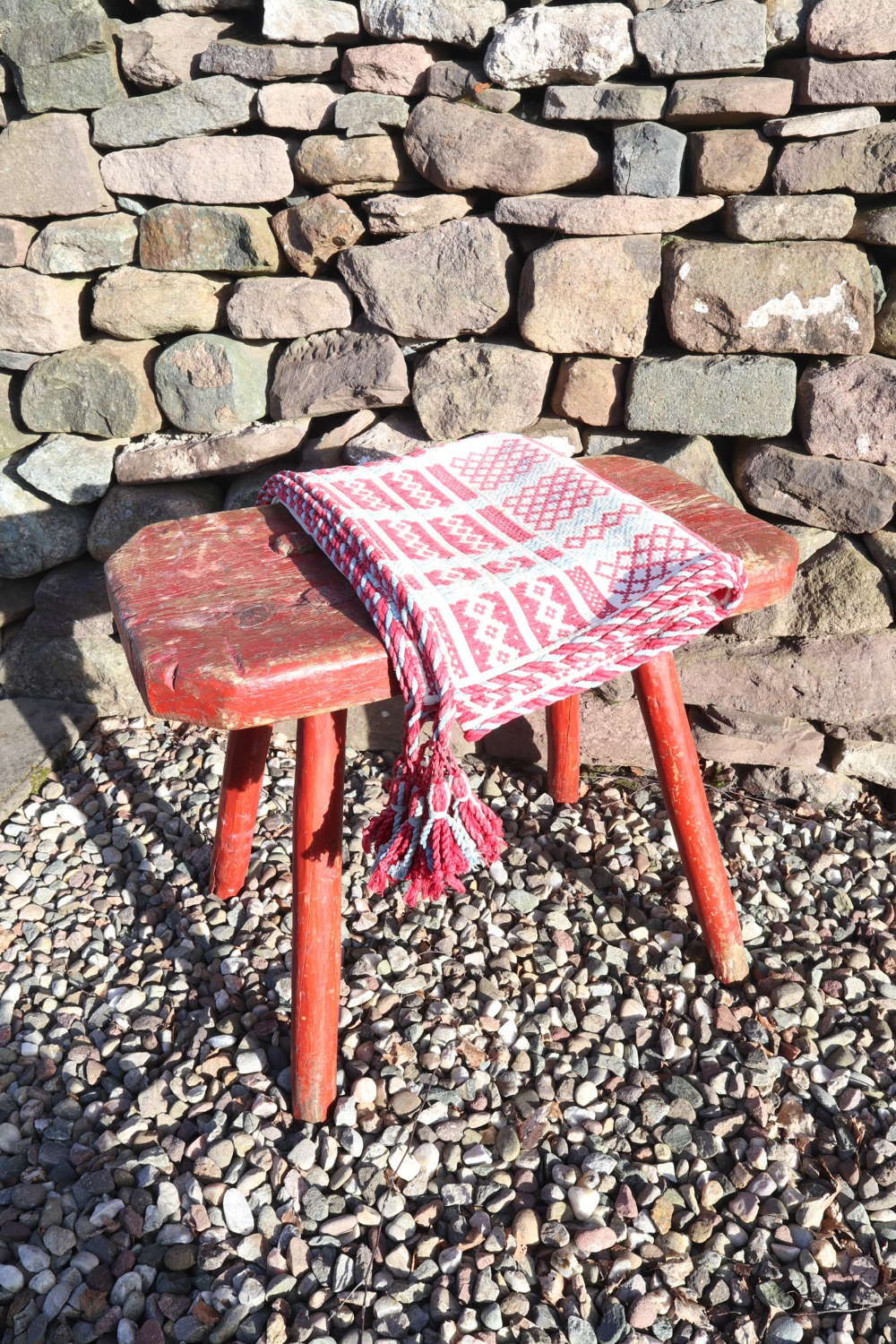 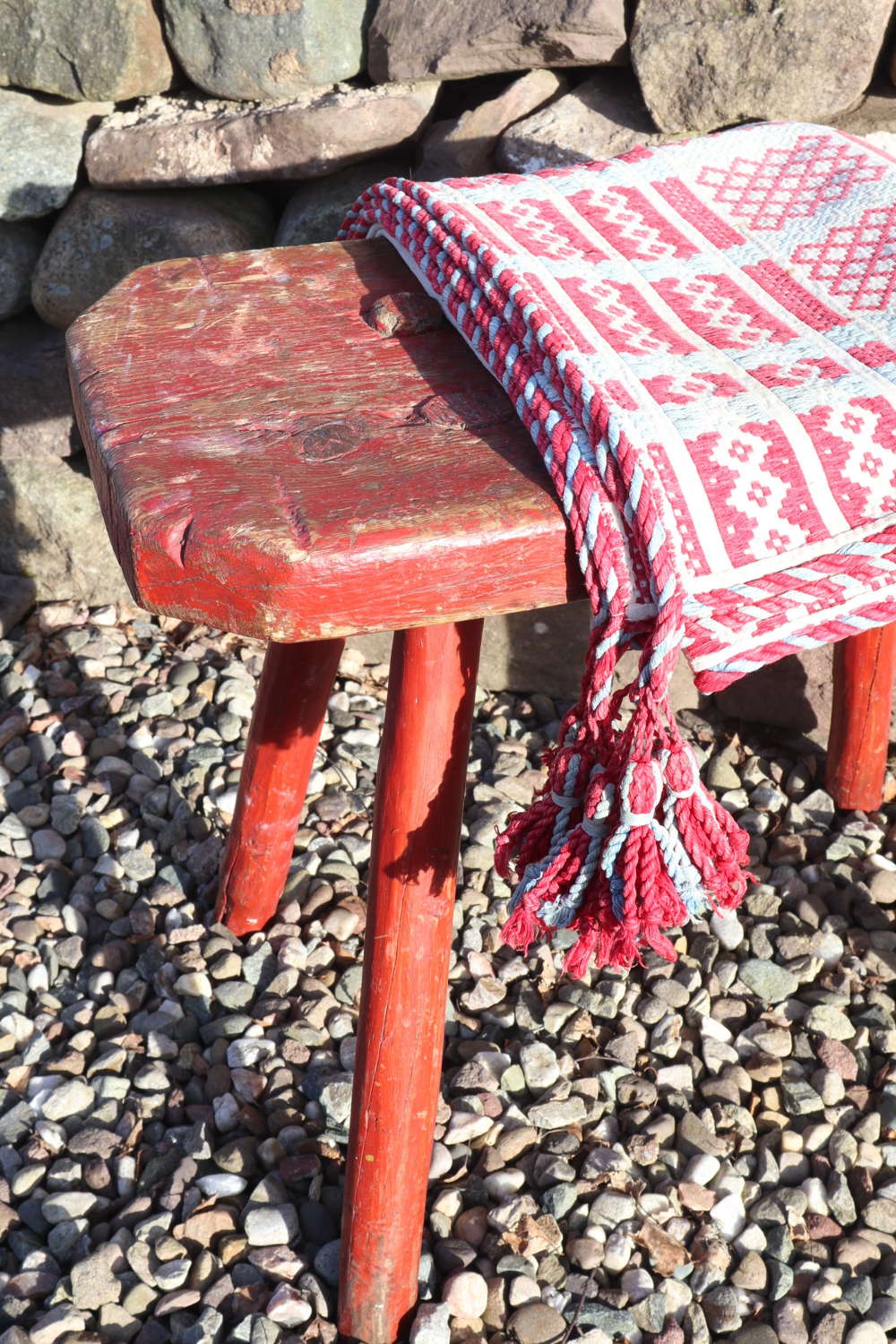 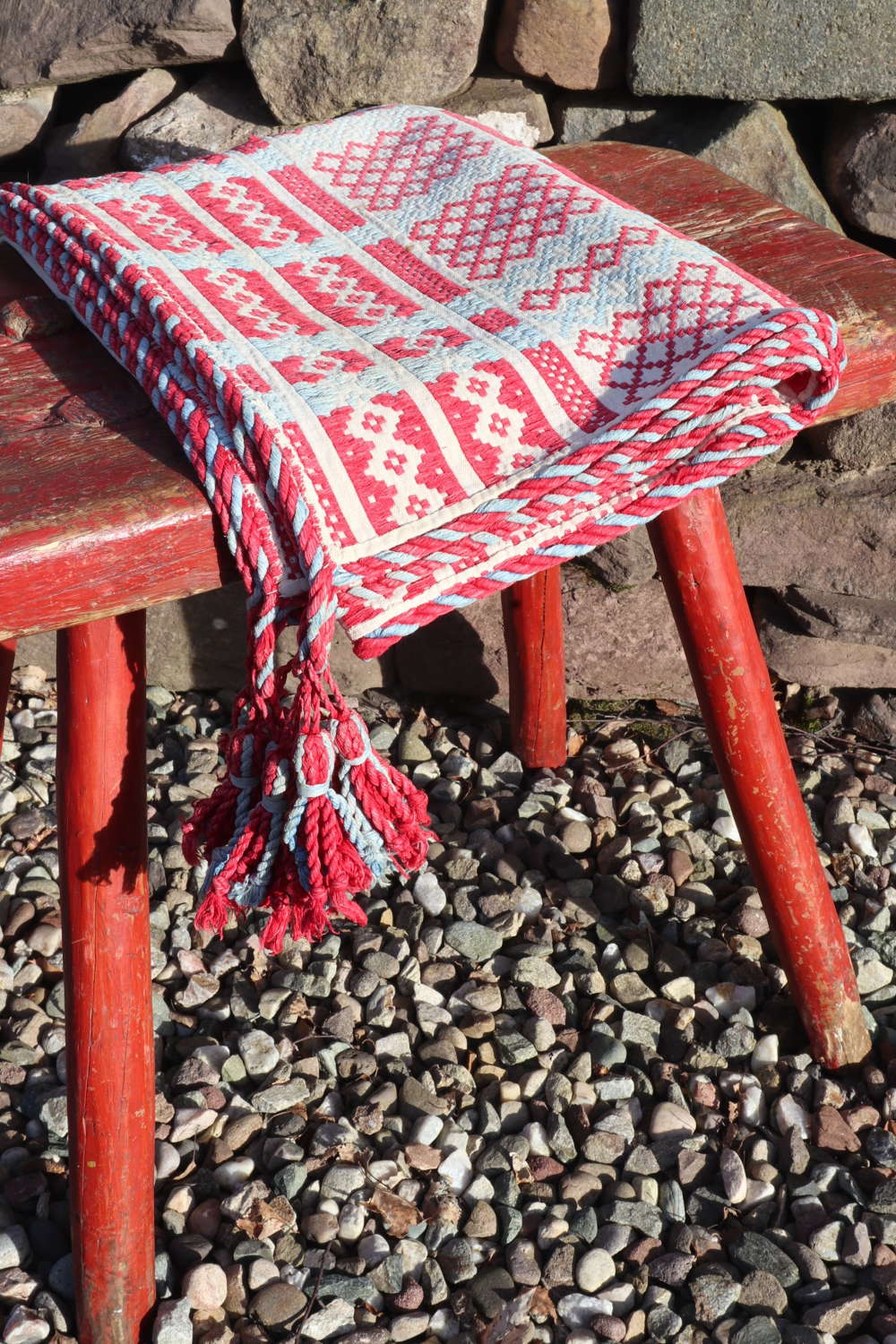 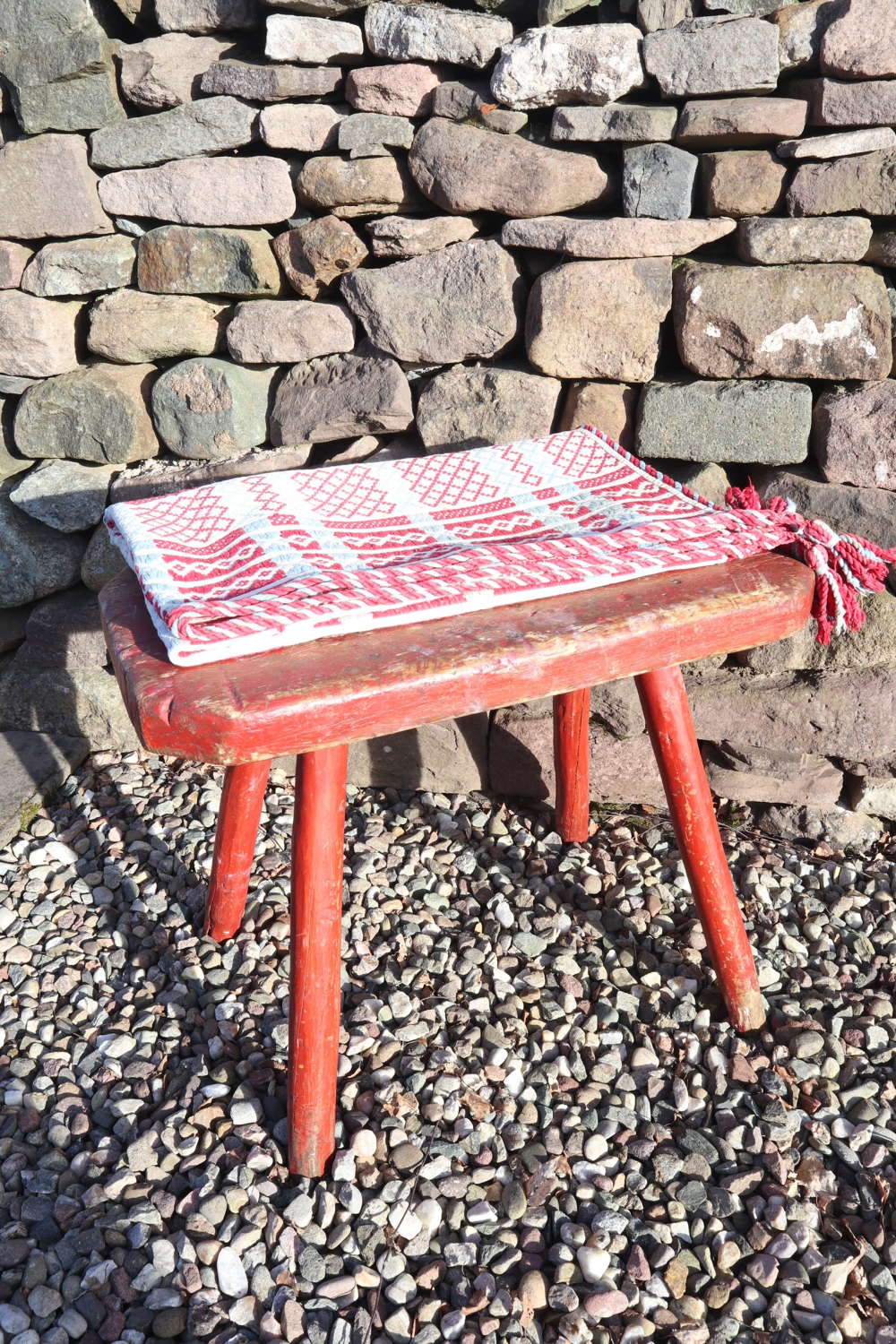 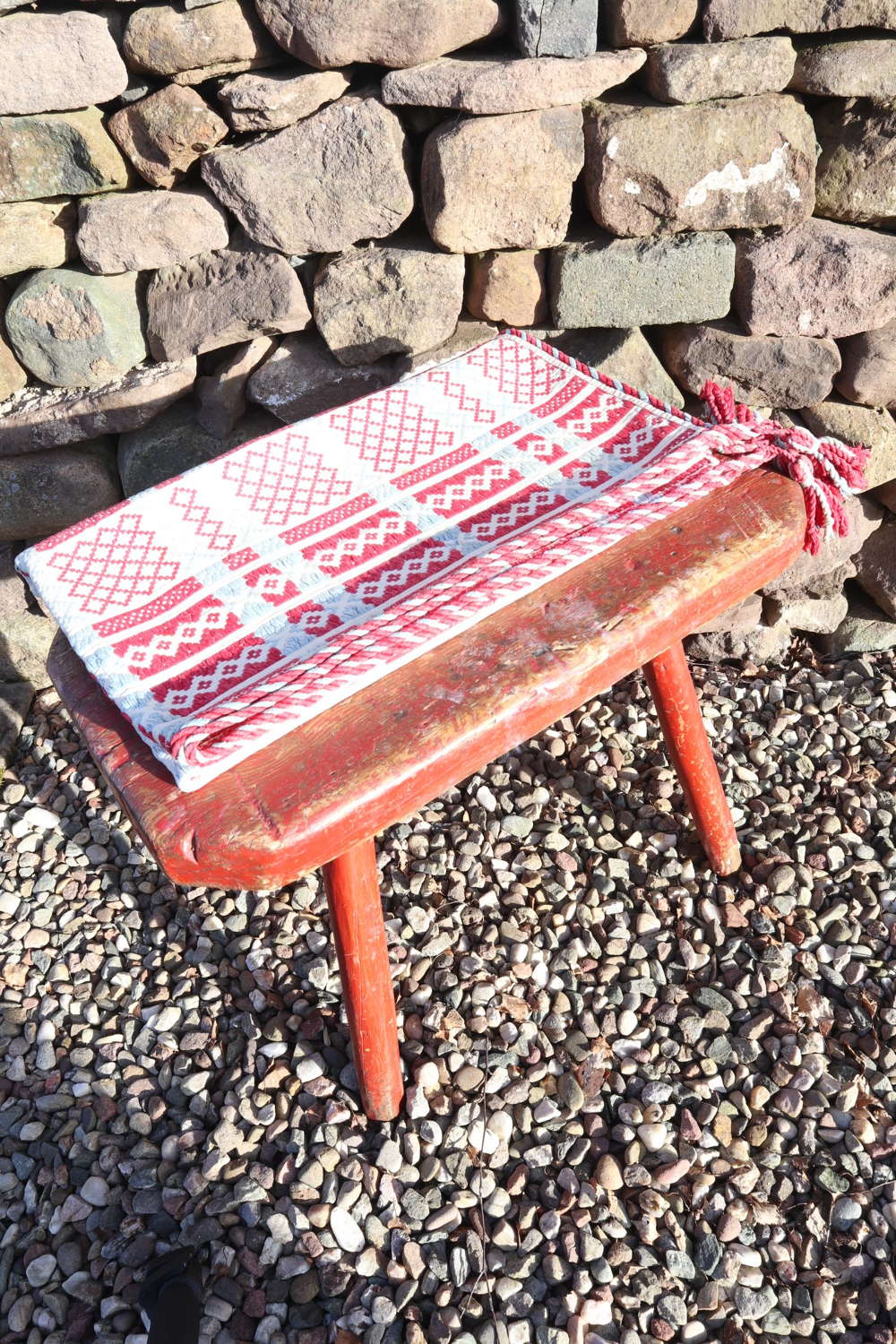 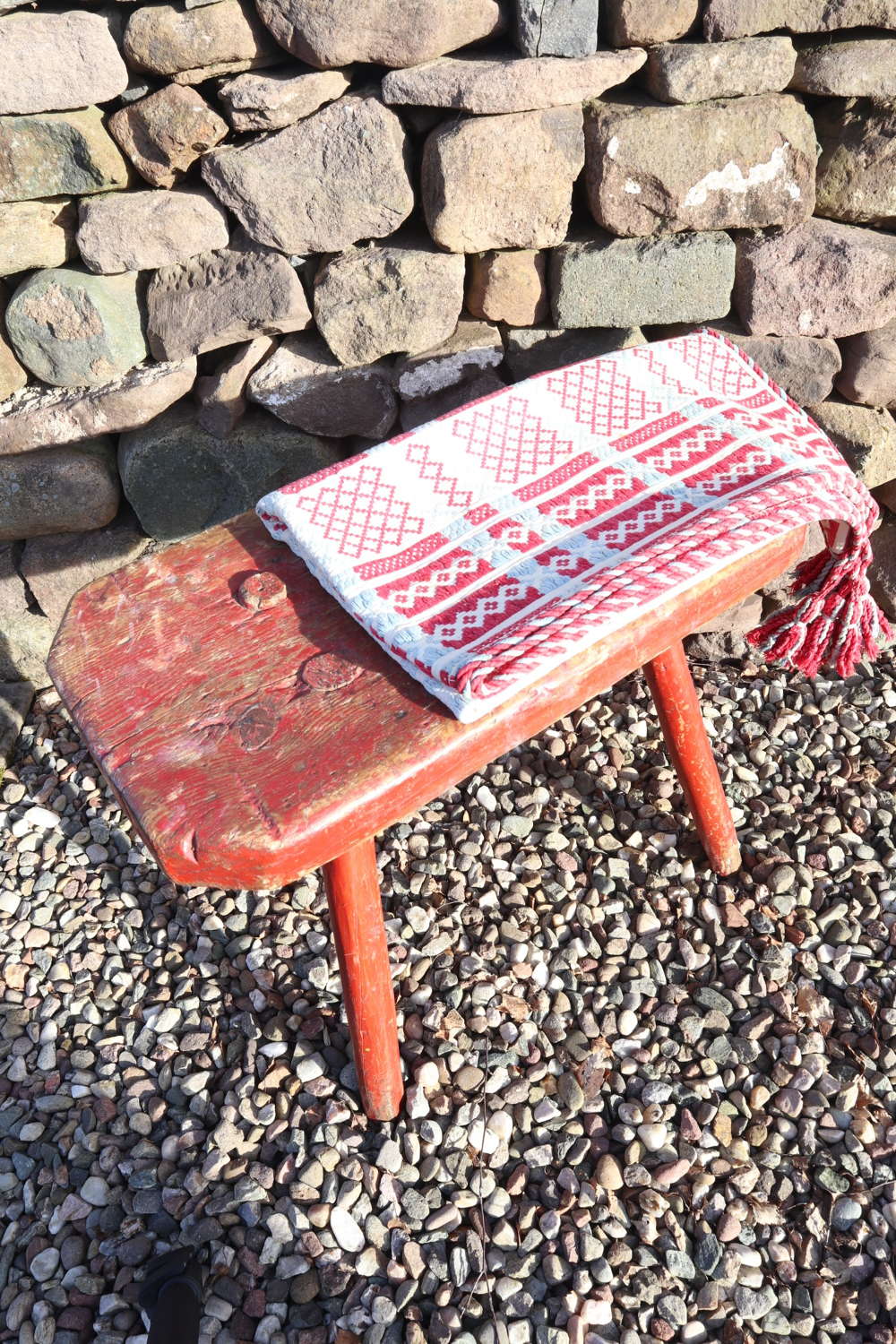