For sale is a beautifully decorative Scottish vernacular crofter lambing / rocking armchair from the 19th Century.

- This wonderfully unique Scottish vernacular chair in both simple, effective design and unique construction.  It is a rare version of an armchair from the Northern tradition of chair making with the back and seat side panel being made from a one piece sawn timber and connected with drawknife shaved spindles/rails tenoned through the solid side panels akin to the design of crofter made chairs in this region.
- This chair looks to have been made with a level of sophistication from a country 'wright' in both design and construction.  Chairs of the Northern tradition are difficult to provide a precise age or provenance for but this chair has a good deal of age and wear to it from the 19th Century and could range from the early 19th Century to early 20th Century in age.
- The thirteen beautiful, continuous seat and back spindles plus an extended head-rest form the rare adult sized compact armchair.
- The arms and wings of the armchair are part of a sinuous curve to the design of the whole side elevation of the lambing armchair (shown in the side profile images).
- The armchair has a beautifully simple main construction with the solid side panels being joined in three locations with extended rectangular profile cross stretchers at the base (front and rear) and the same at the headrest.
- The seat and back spindles/rails show clearly in their through tenoned design in a lovely curve matching the side panel shape.
- 37cm seat height & 69cm rocker length
- The chair side panels are constructed most likely from a dark tight grained timber such as walnut ('red walnut' used as a term for American walnut or mahogany but essentially an American import timber*).  The armchair potentially made from salvaged timber for economic re-use in the North, due to scarcity of expensive woods and having had a stain applied leaving a rich patina.
- The panel sections sit on two low curved and compact curved rockers which have been fixed to the side panels using a twine/wired connection and wedge.  This makes for an effective and compact design due to comparatively short rockers in this attractive upright form.

An unusual and sophisticated rocking armchair design from a country wright in the Scottish Northern tradition from the 19th Century. 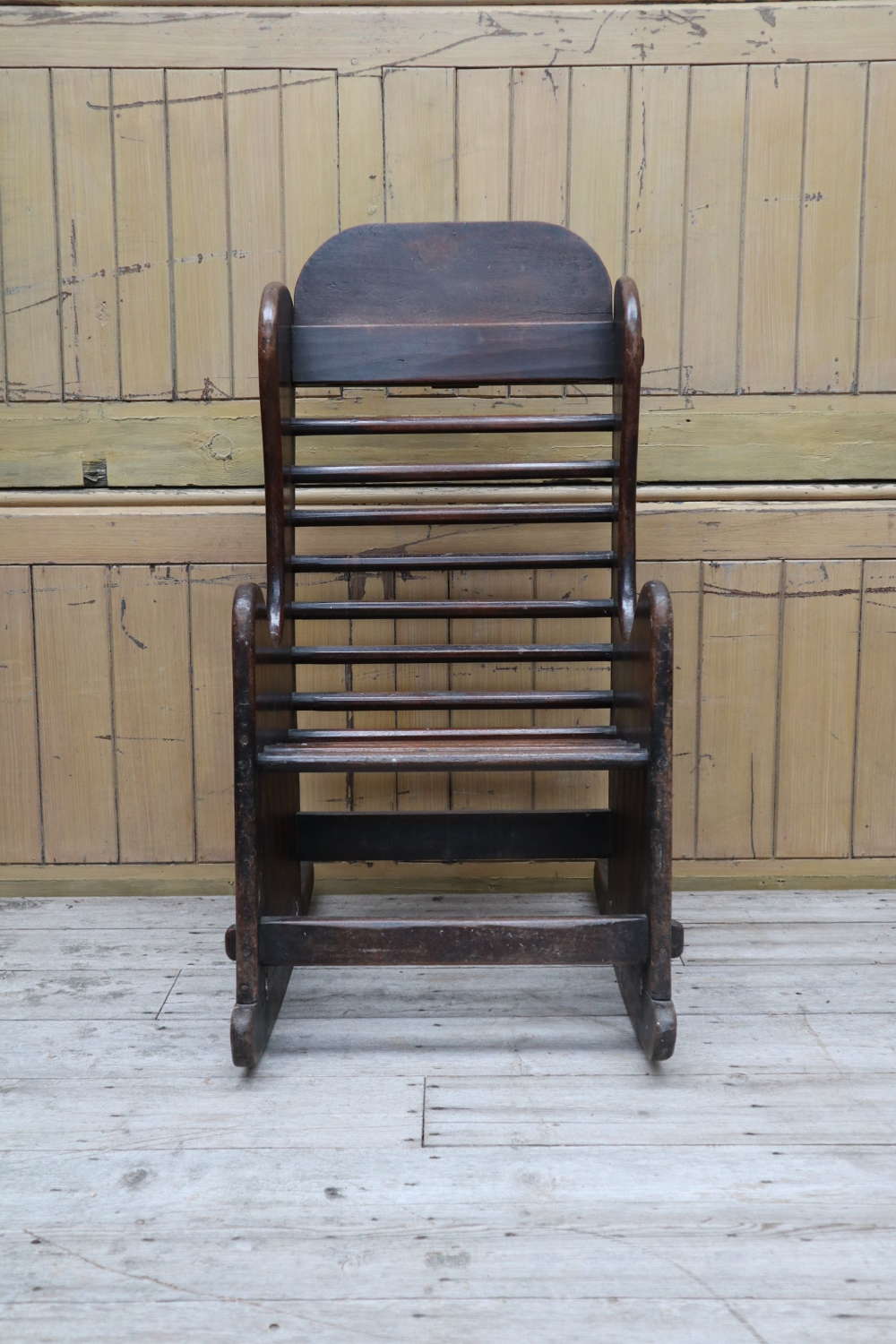 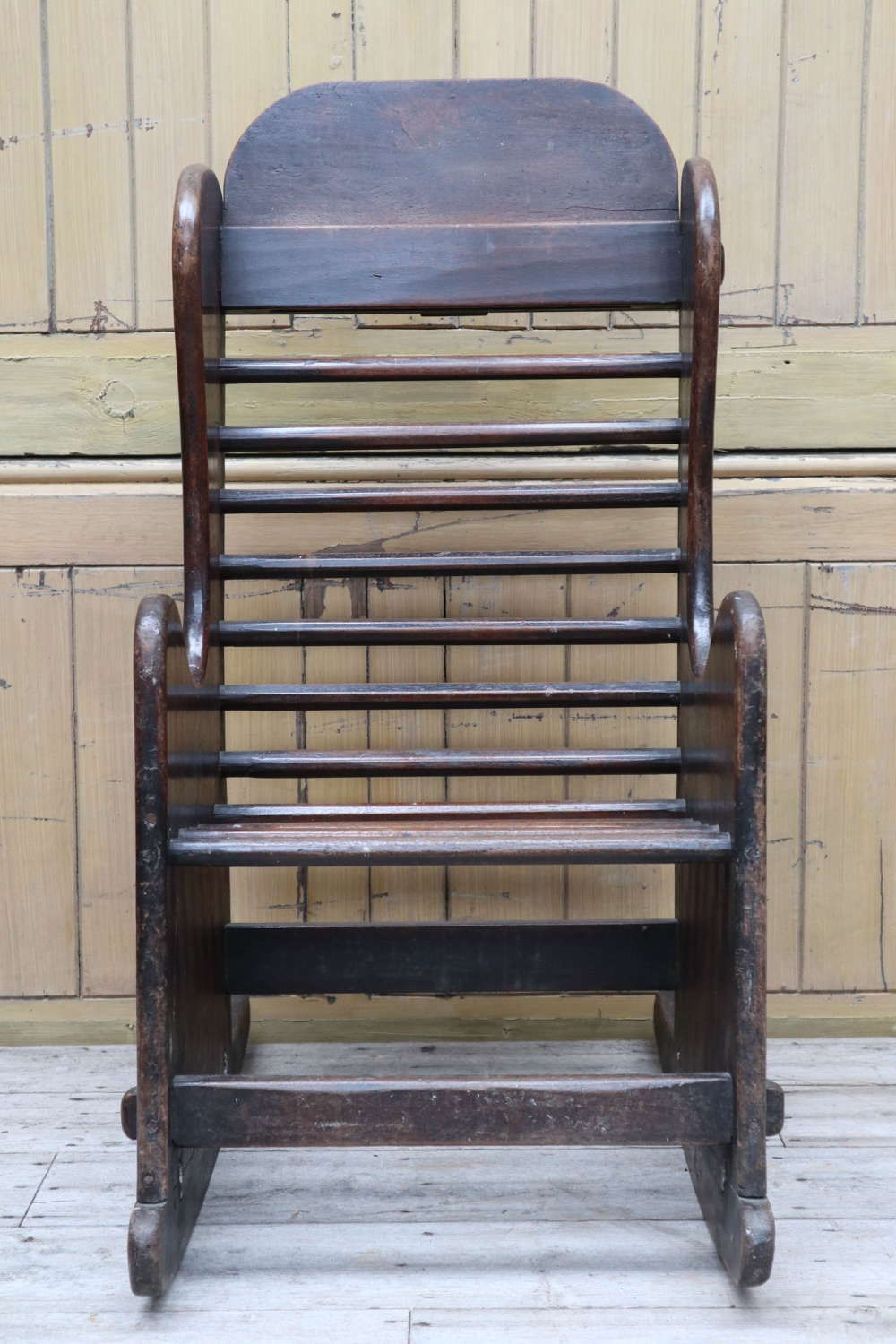 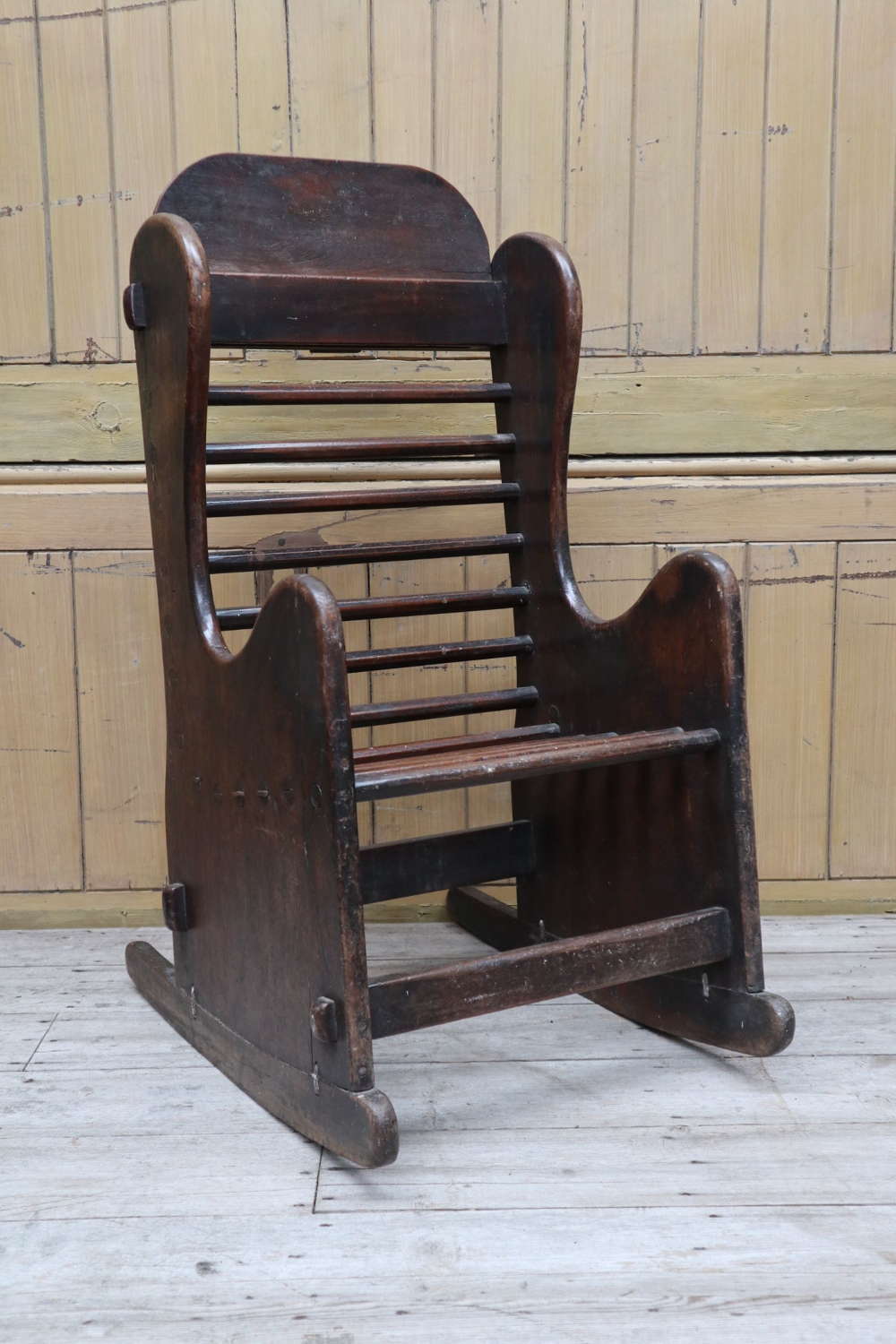 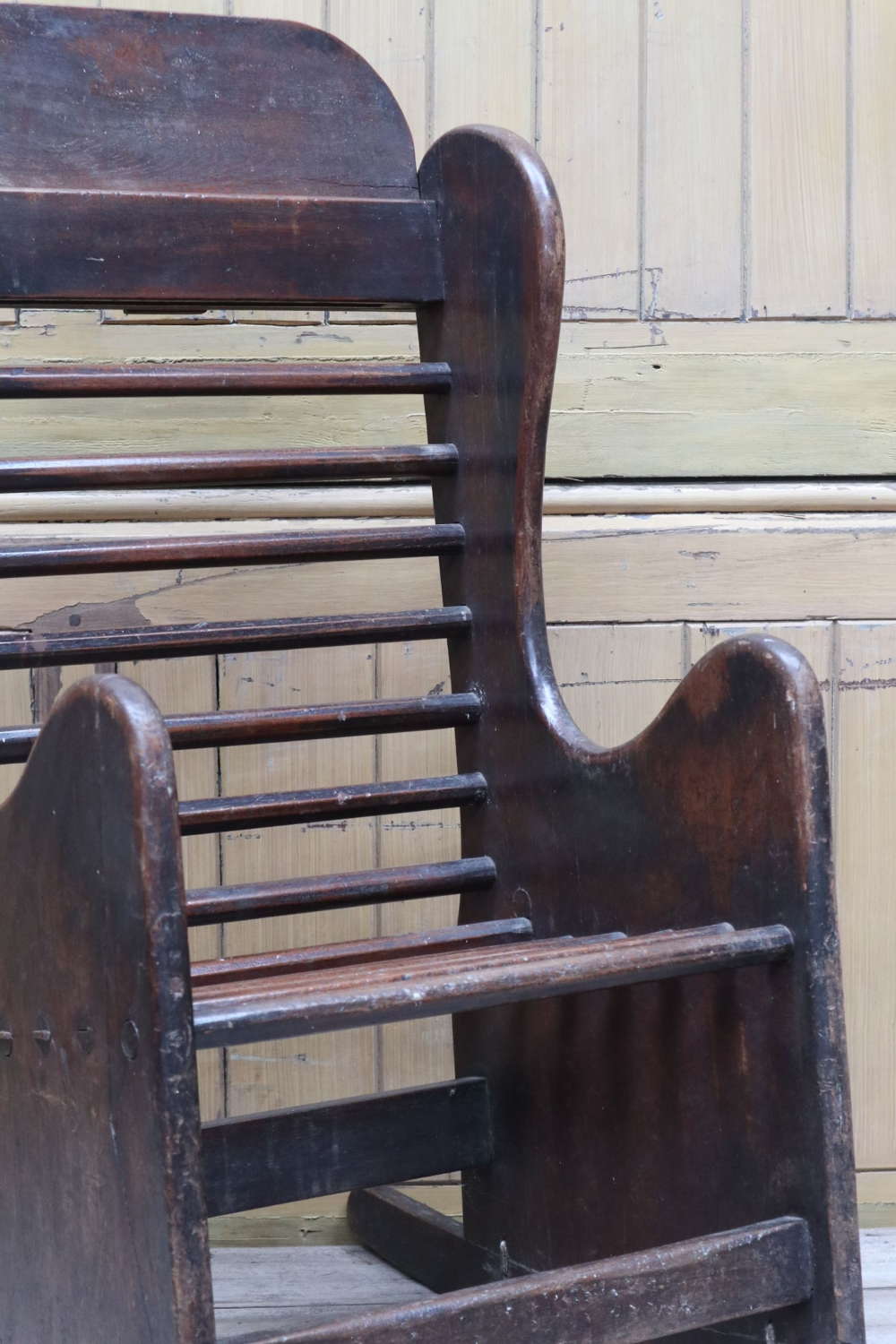 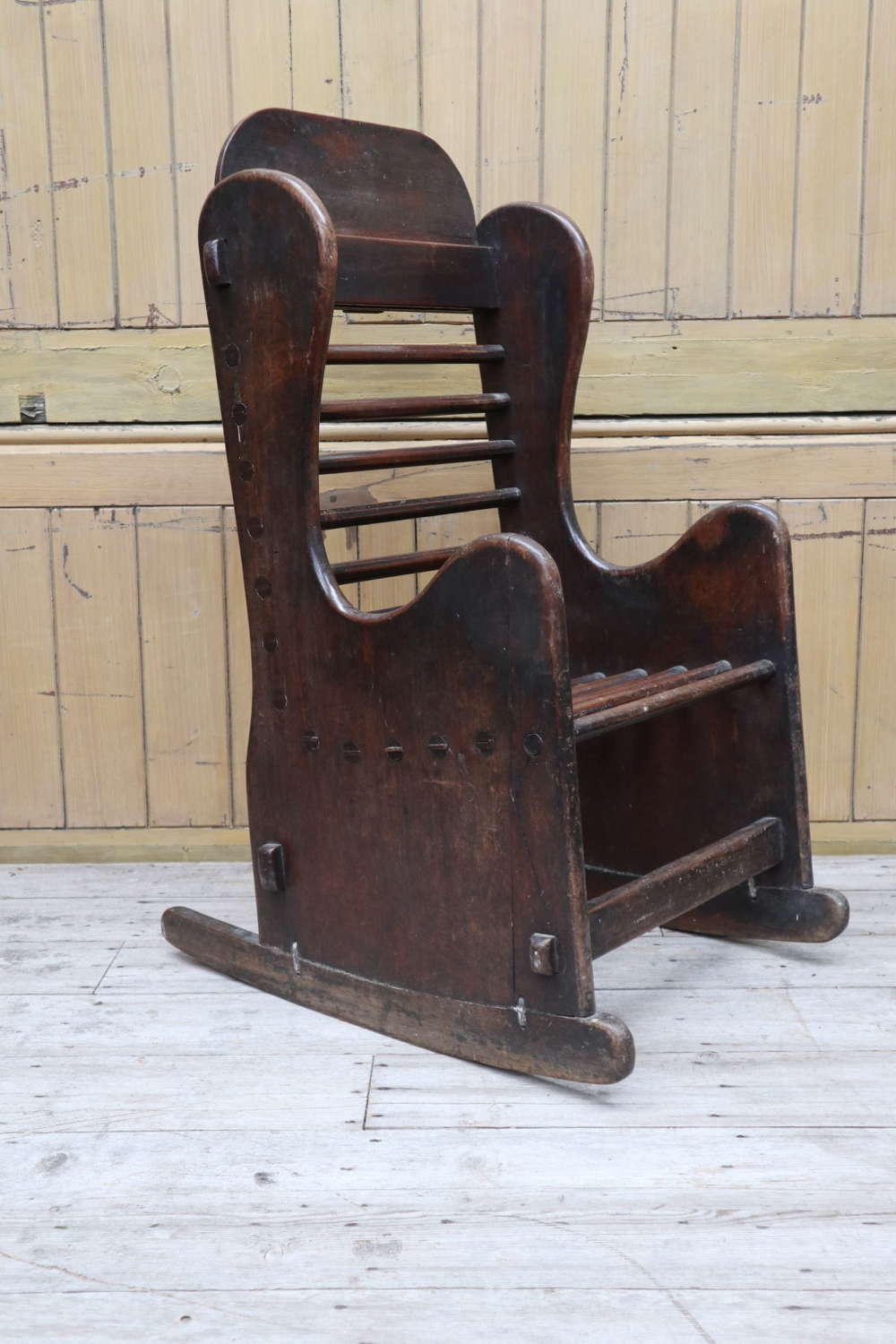 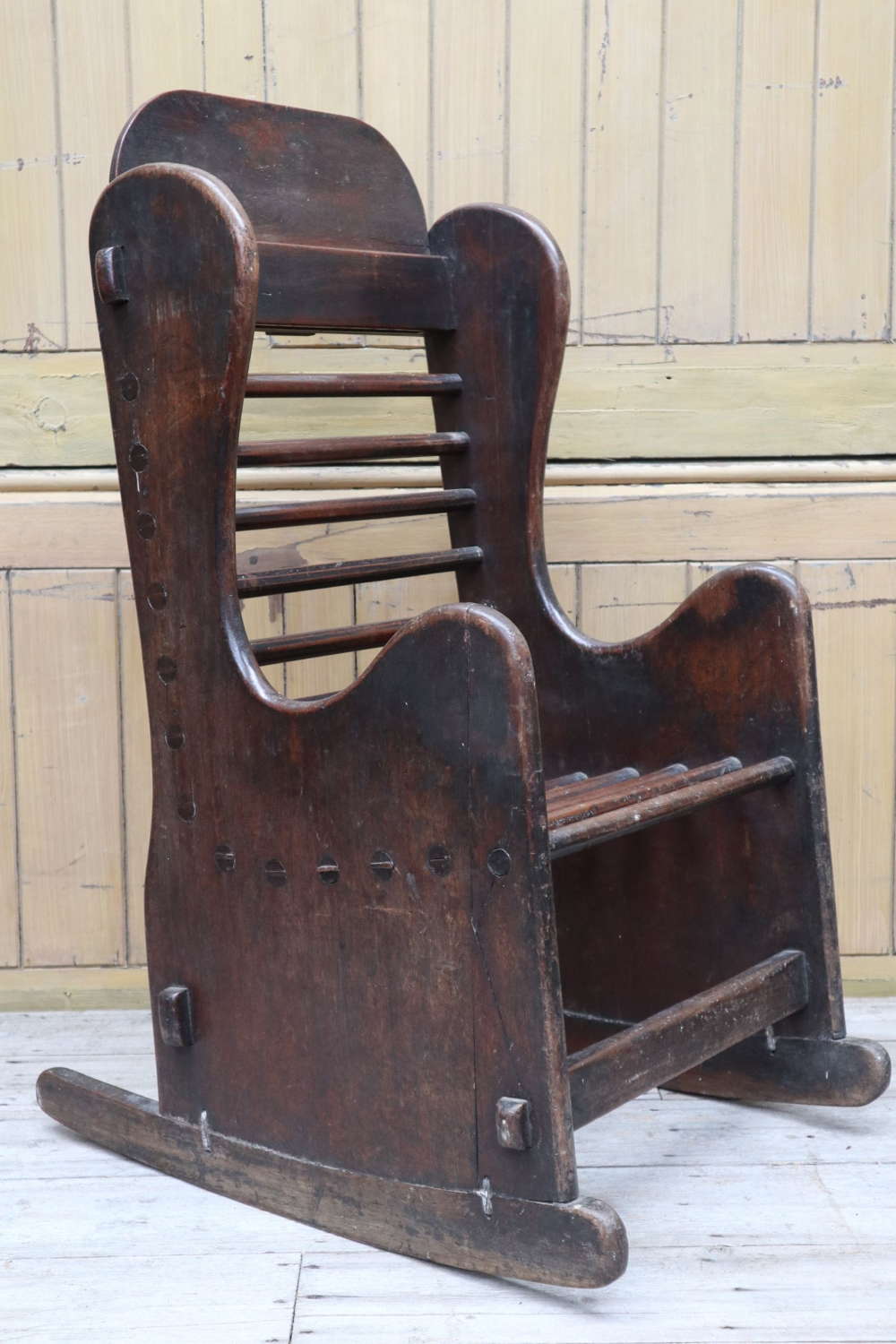 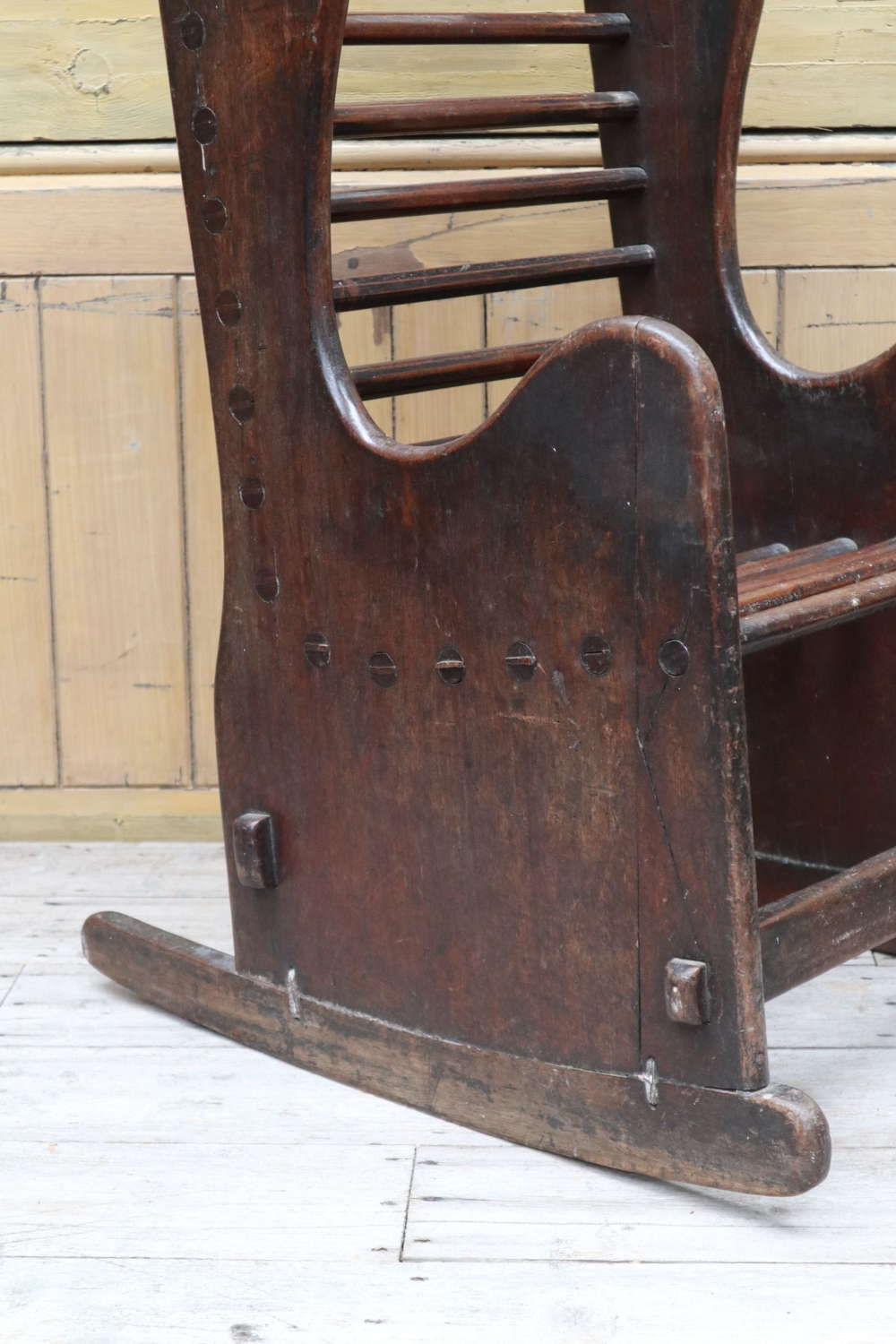 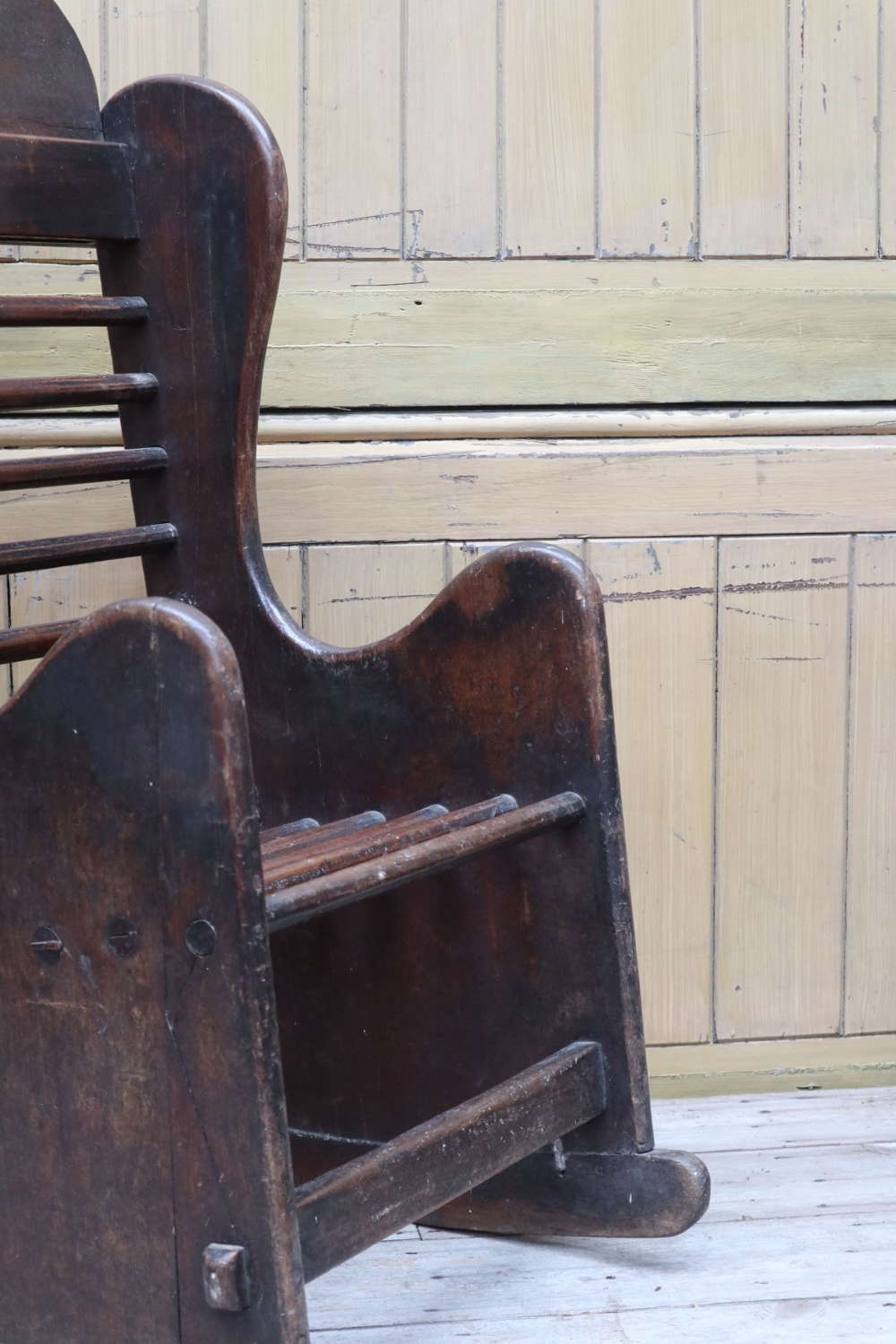 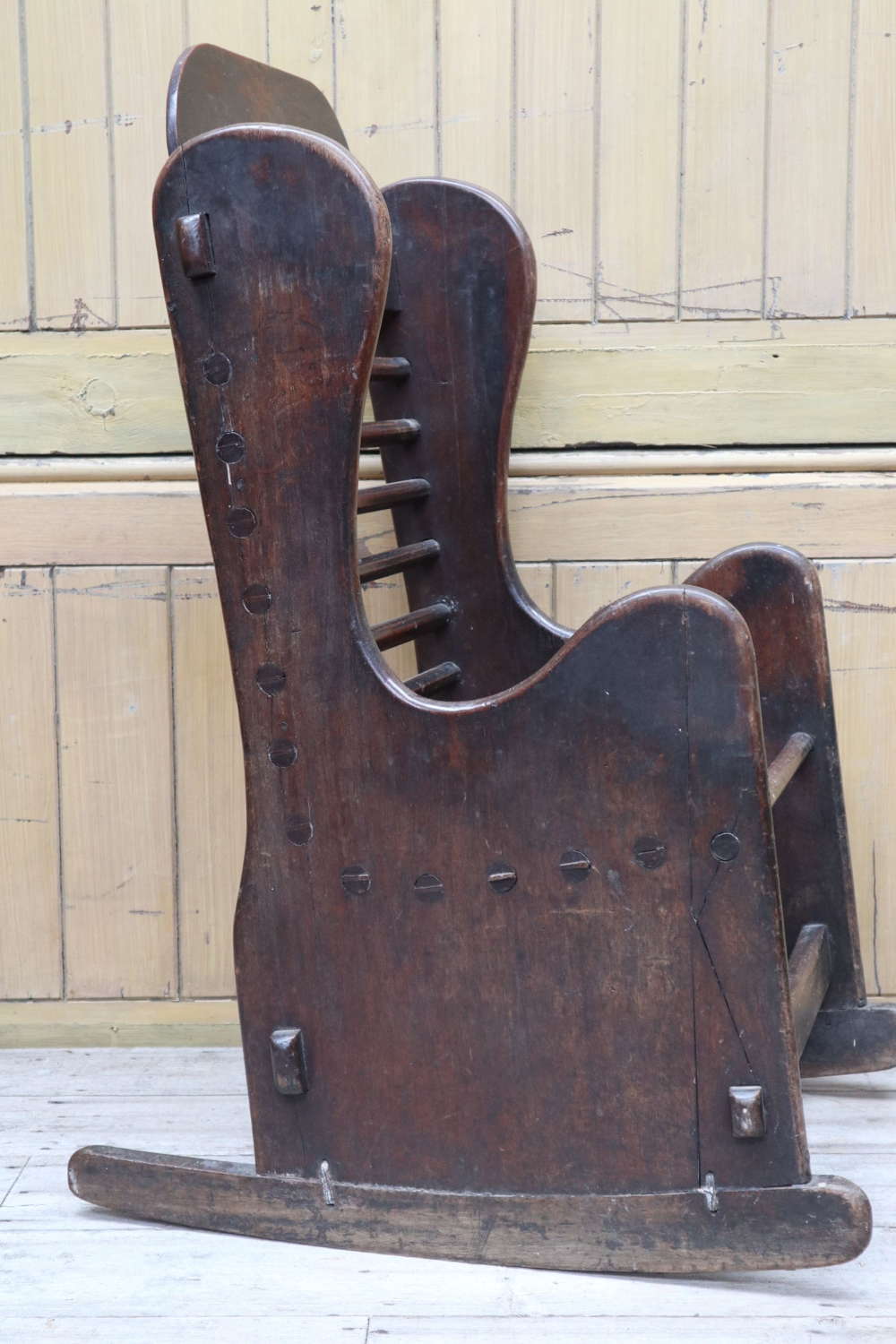 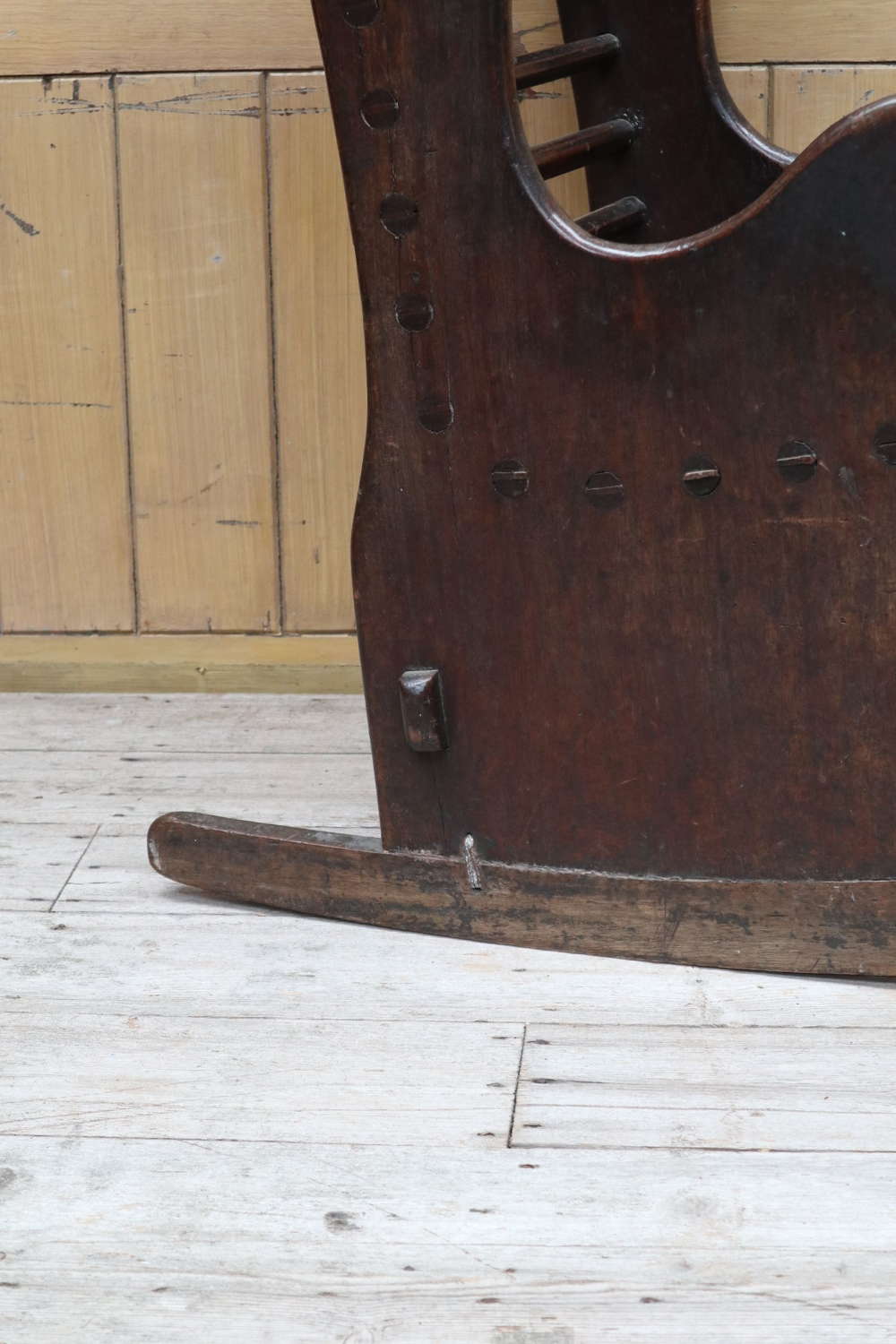 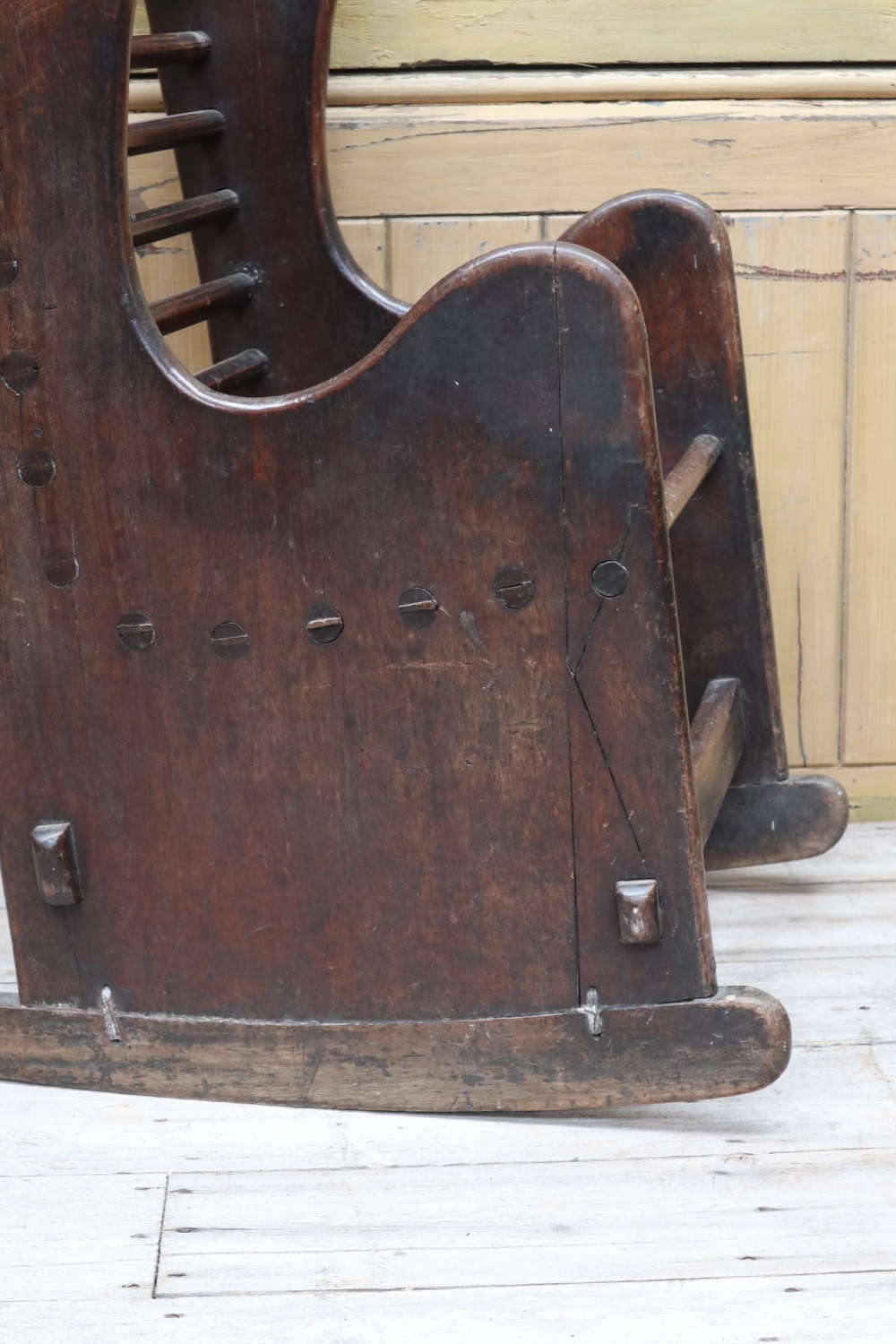 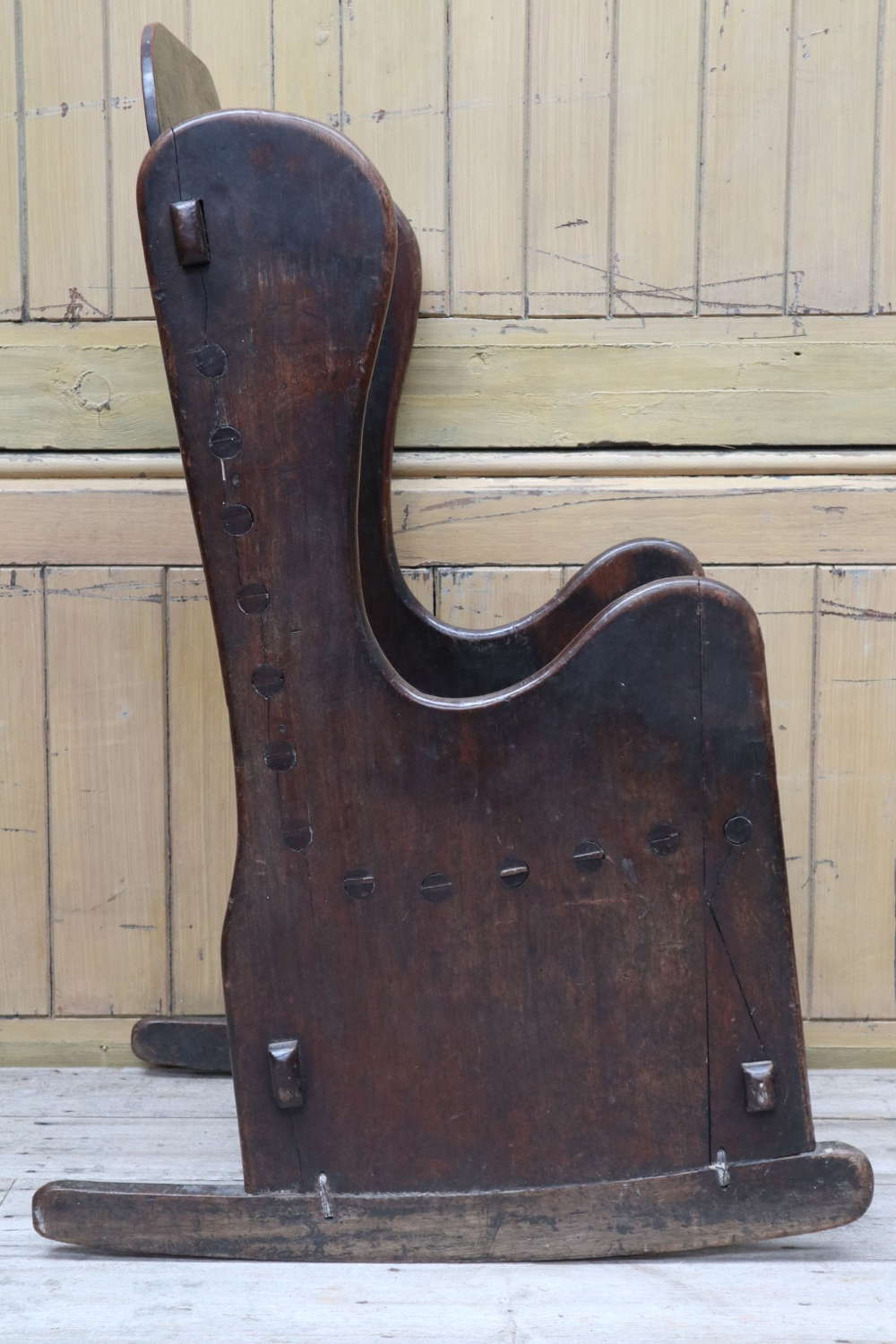 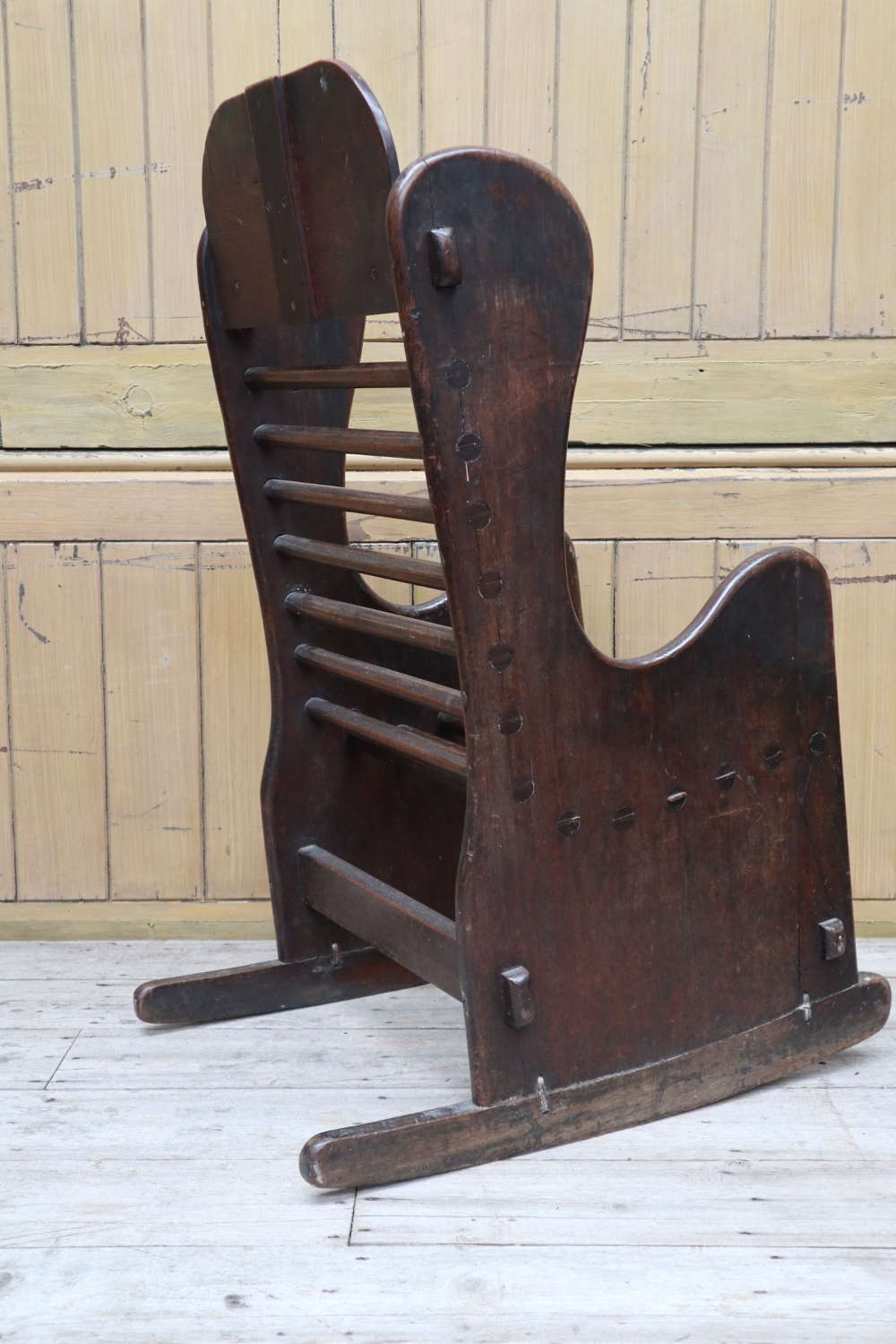 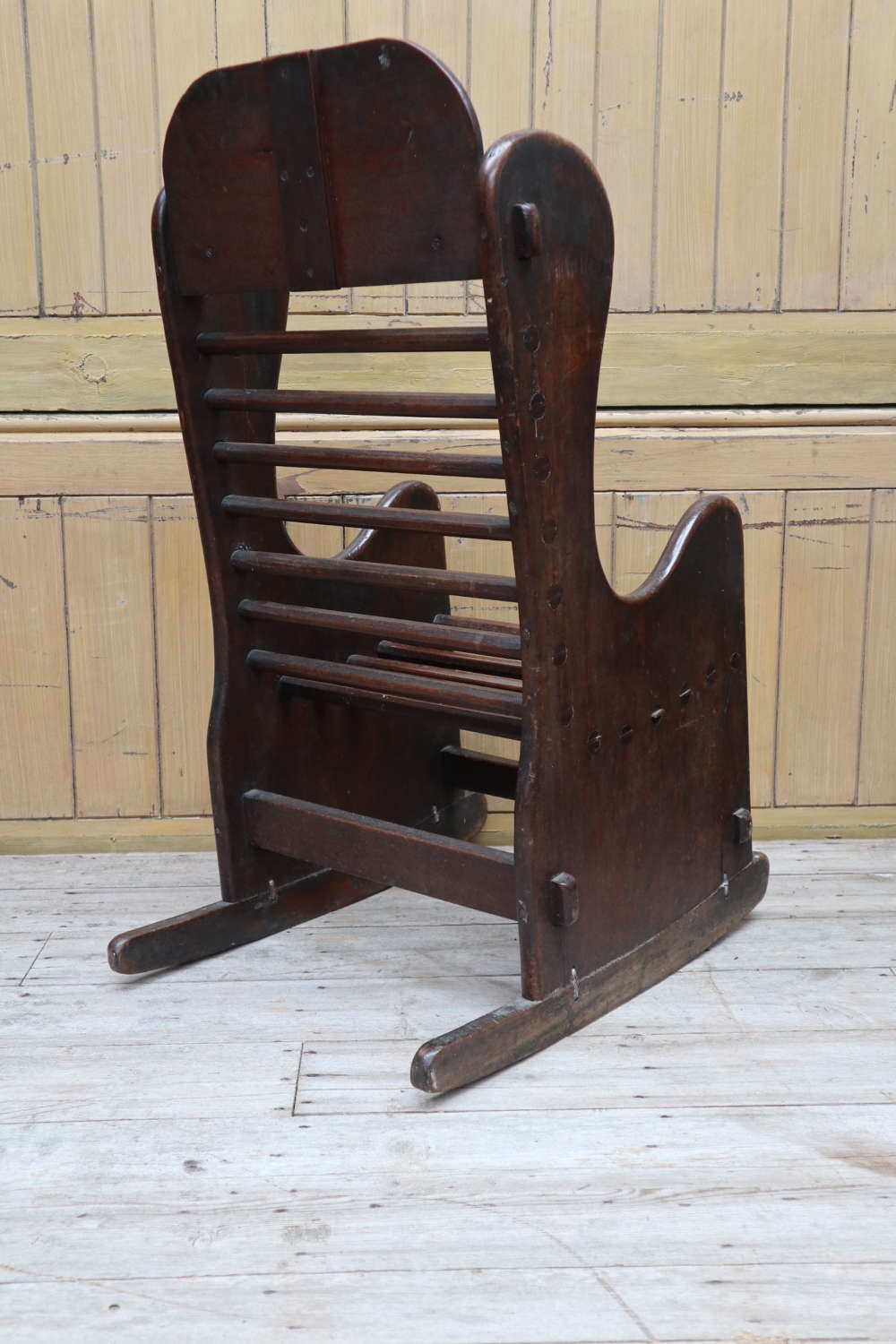 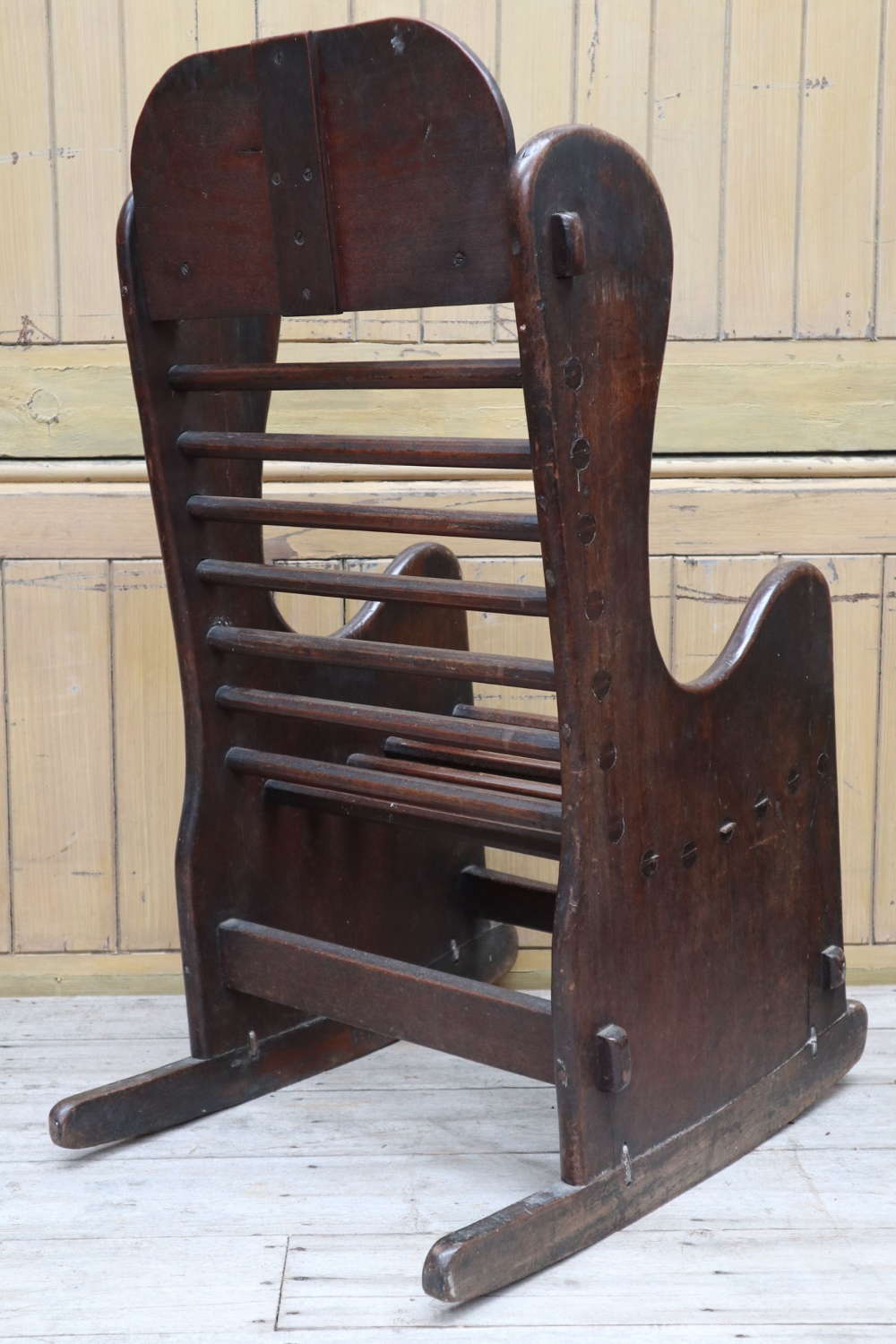 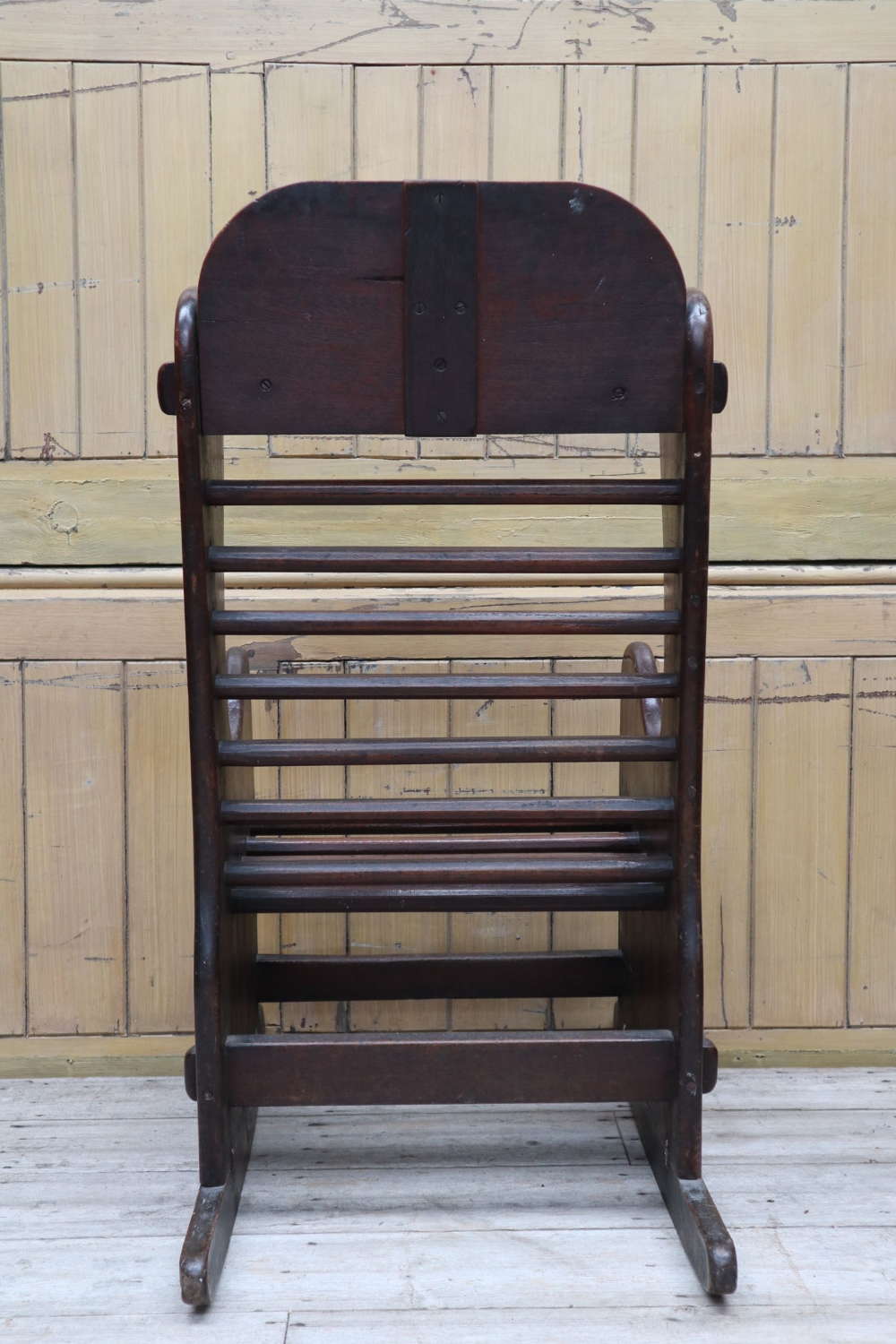 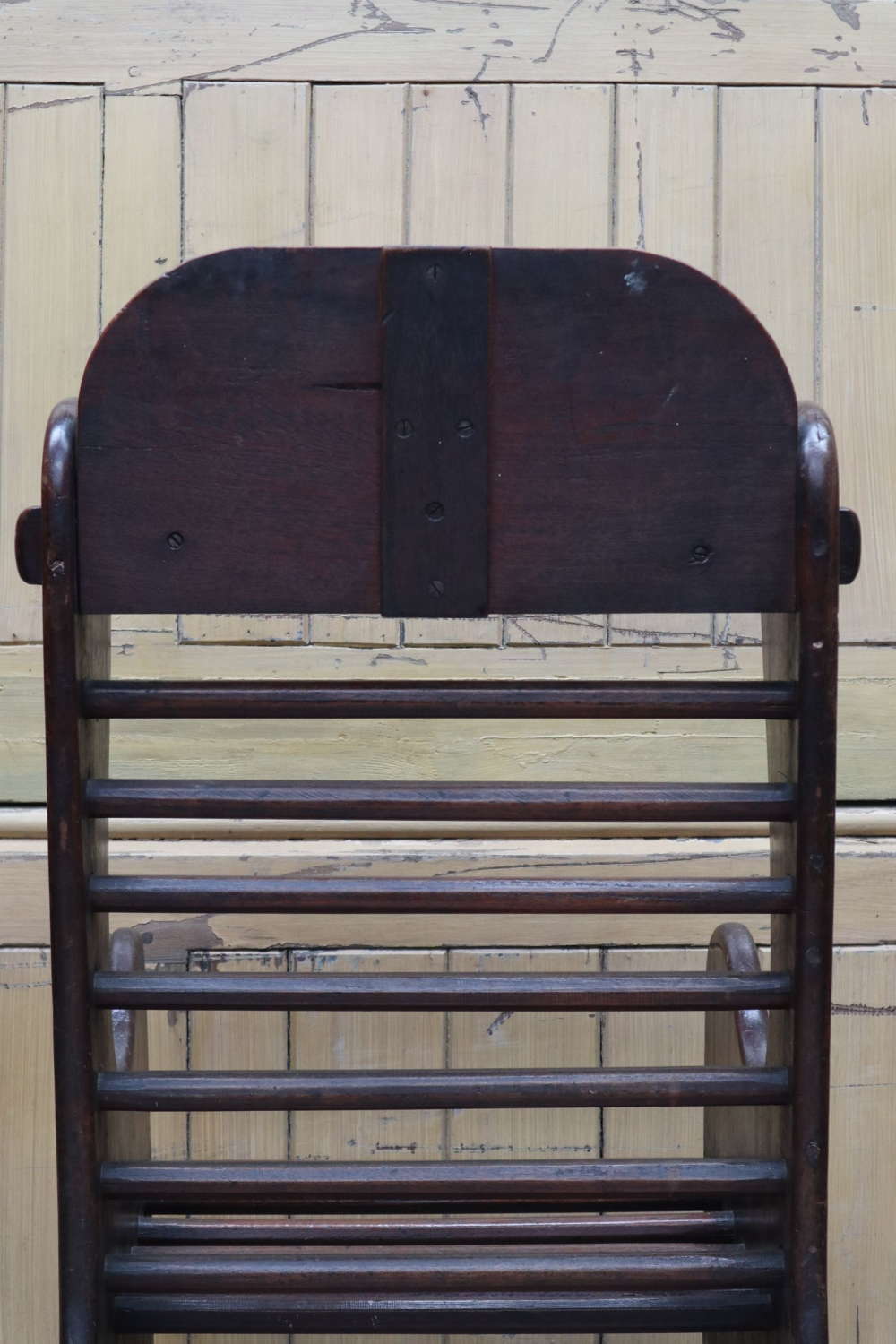 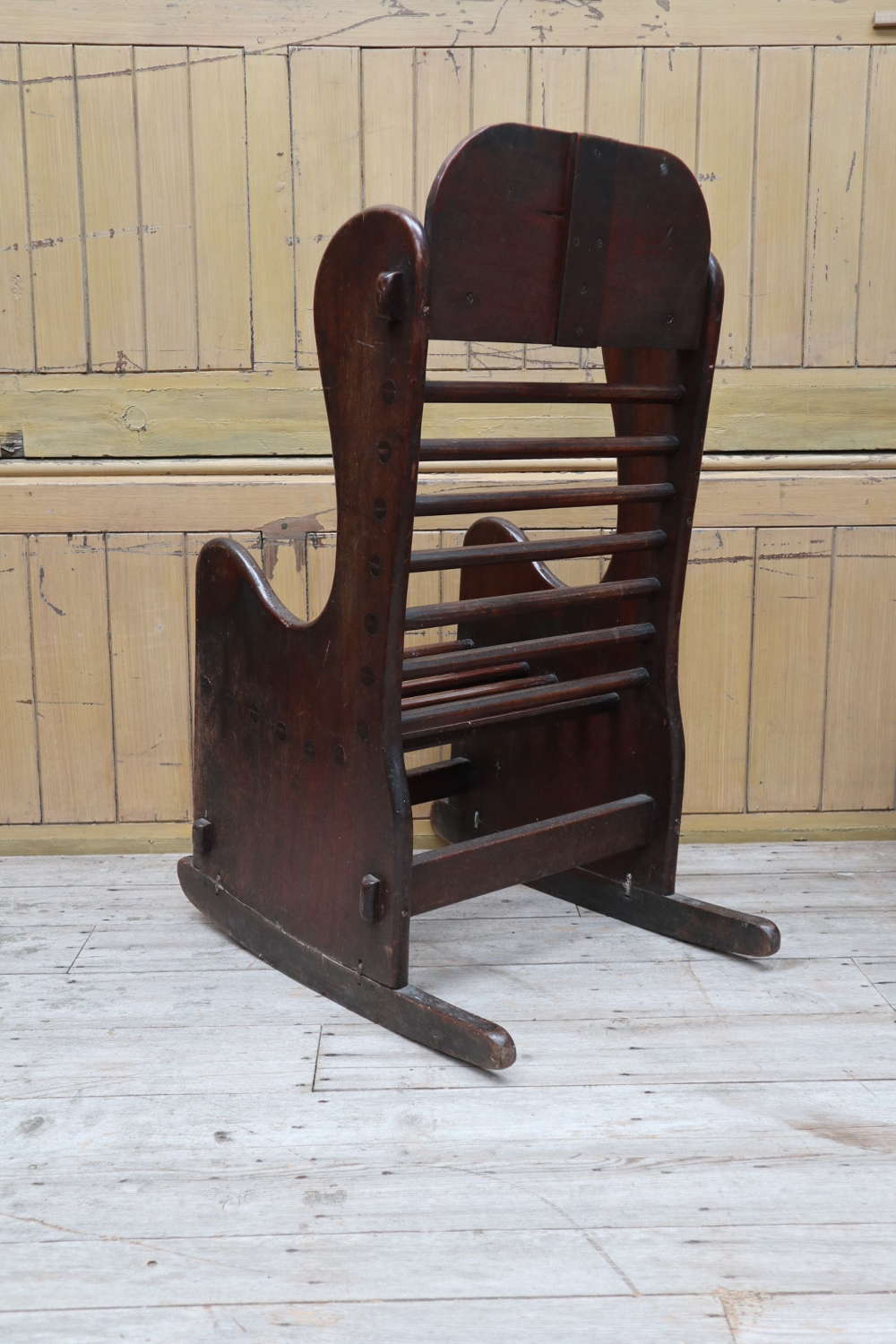 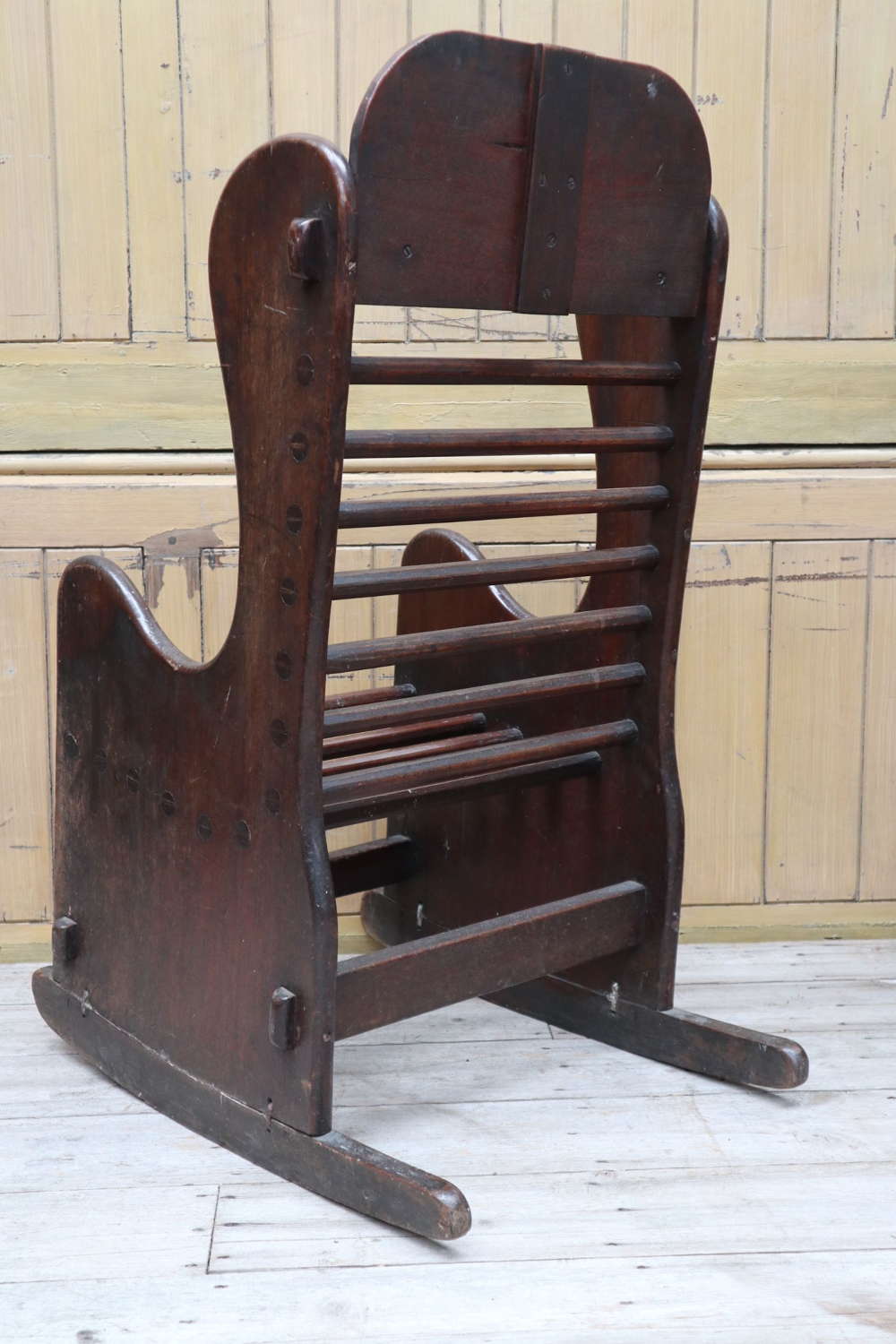 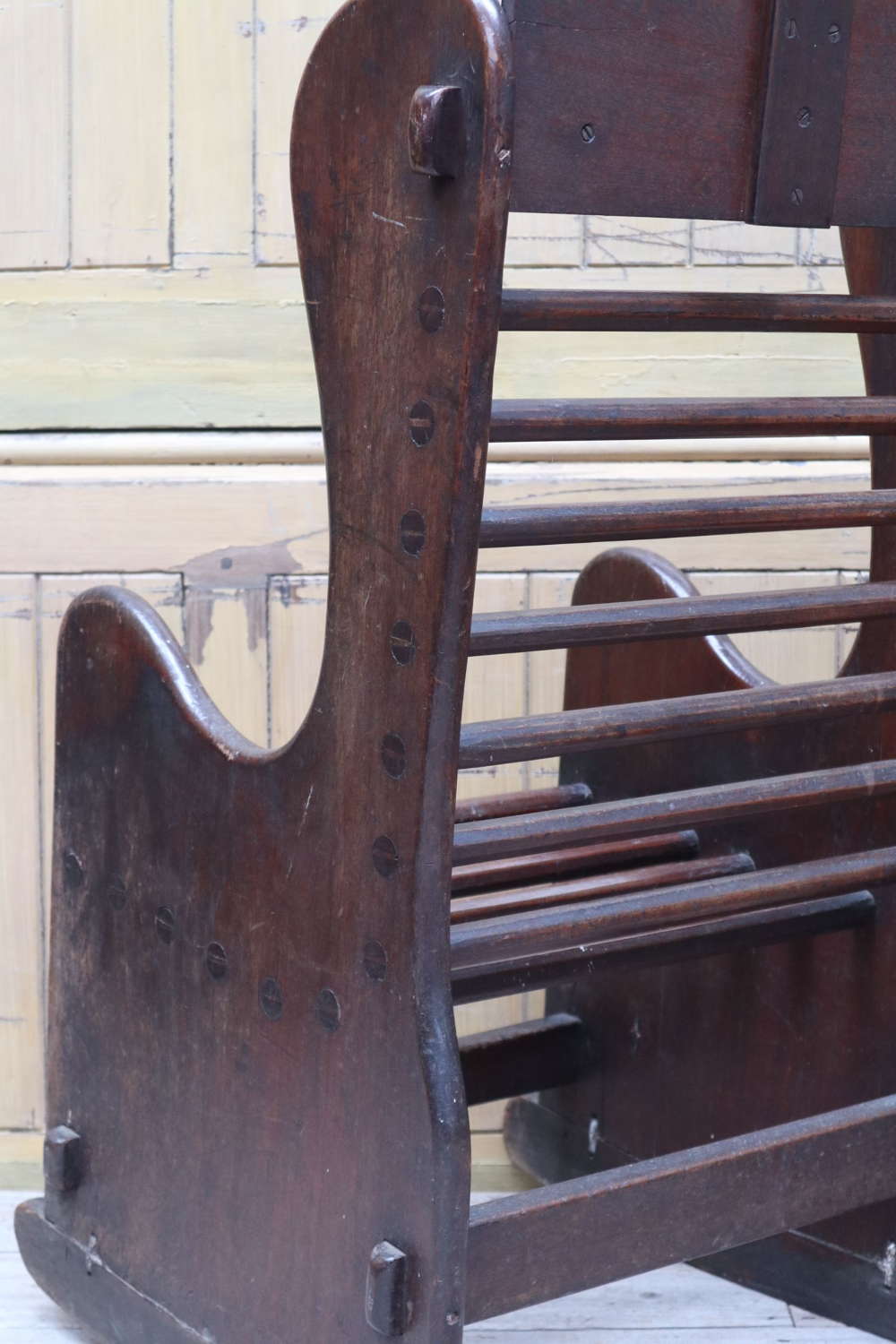